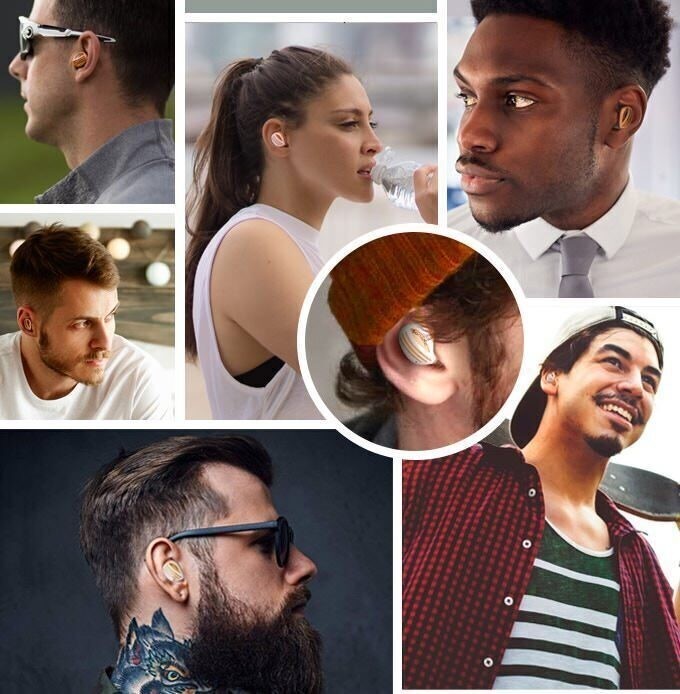 The Italian-Anglo-American startup Sonobo has launched on Kickstarter three models of conceptual TWS headphones at once: the One, Pro and Elite models. The equipment of the new products is interesting: while the Pro model has six reinforcement drivers, the Elite has as many as 18. And the One has one dynamic one.

ANC in all three models is supplemented with the possibility of “remote noise cancellation”: the SmartCase charging case is equipped with four built-in microphones, and if you put it near the source of unwanted noise, it will be the one that will be suppressed – all other sounds can be heard. The VoiceBoost function also works, allowing you to get “crystal clear” ambient sounds.

At the same time,  Sonobo One  can be supplemented with SmartCase for a fee. Hand-assembled in London, the Elite 18-BA headphones are individually tuned by a renowned sound engineer. All three sets of Sonobo headphones are capable of calibrating sound to the user’s ear in a 60-second test – a technology called the first of its kind in the world by Sonobo.

Headphones are able to warn their owner about harmful effects – for example, about too long listening session – and taking into account the frequency spectrum of the phonogram. All three models are equipped with the GunSonics mode, which protects the hearing from too loud sounds such as gunshots. It is claimed that the protection is triggered in less than 2 ms, capturing 100% of the harmful effect.

In addition, the Pro and Elite models are equipped with voice control. All three models use Bluetooth LE 5.2, supporting audio resolutions up to 24-bit / 192 kHz. The enclosures are IPX7 certified.

As for the battery life, the earbuds themselves received 8 hours of autonomy. The charging case will add about 500 hours to this period. Perhaps this is another record for Sonobo headphones. In addition to SmartCase, the two older models are equipped with a Qi wireless charging mat.

Sonobo launched a Kickstarter crowdfunding campaign to promote three of its earbuds. 38 days before the end of the project, 80% of the approximately $ 20,000 required for its implementation has already been collected.

In this article:
Up Next: