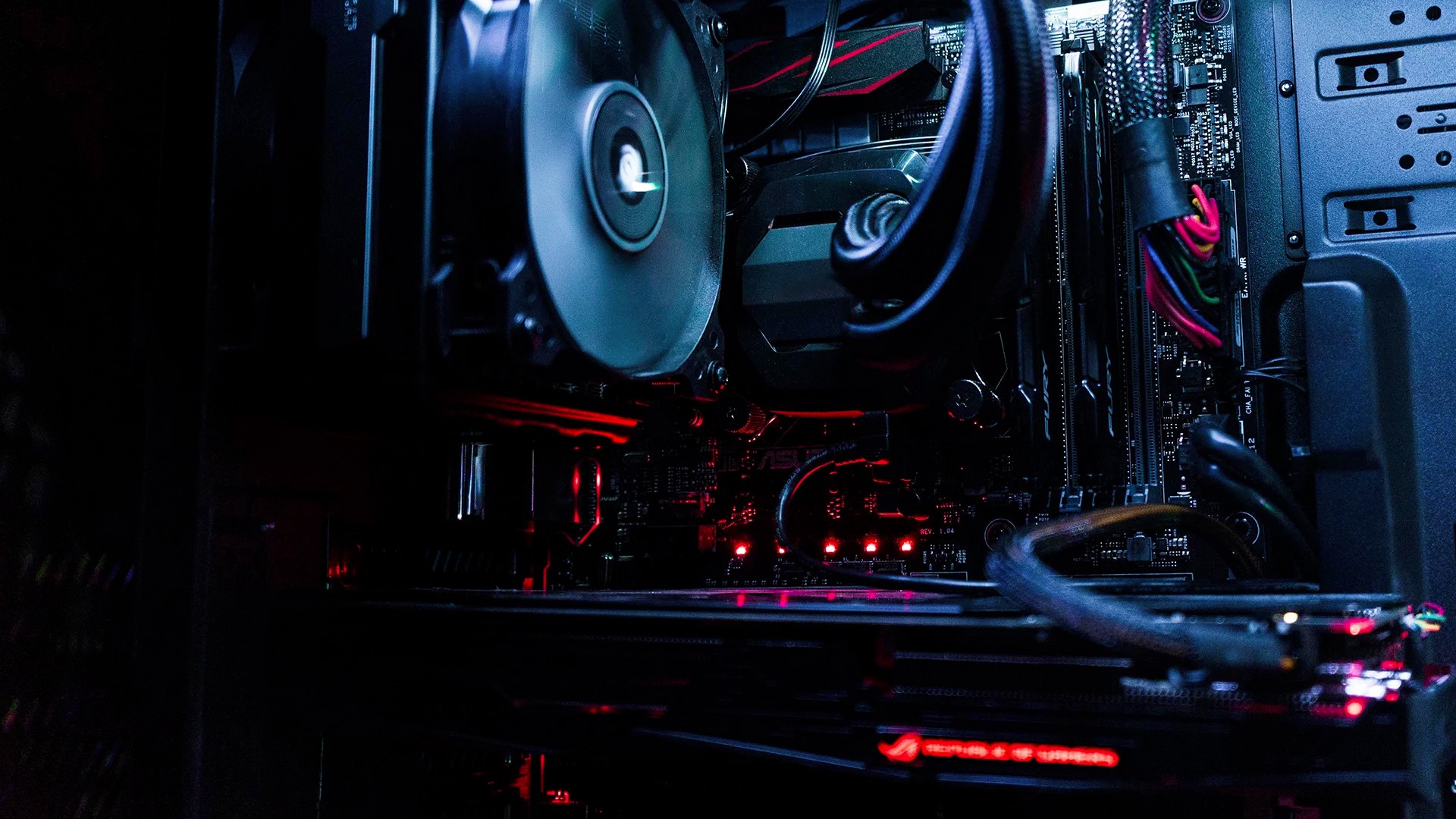 For about $1000  you can build a real gaming PC, without any reservations. The Core i5 processor and the Radeon RX 6600 XT graphics card (or its more overclocked successor, the RX 6650 XT), will allow you to play the new games of the next few years at an increased Quad HD resolution and high, if not maximum graphics settings. And where the “raw” power of video cards will no longer be enough, the recently released FSR 2.0 smart upscaling technology will help out. The rest of the components match: 4000 MHz high-frequency memory, a motherboard with a 20-phase VRM that communicates directly with the M.2 SSD processor, an 80 PLUS Bronze certified power supply, and an elegant case with through-flow ventilation. 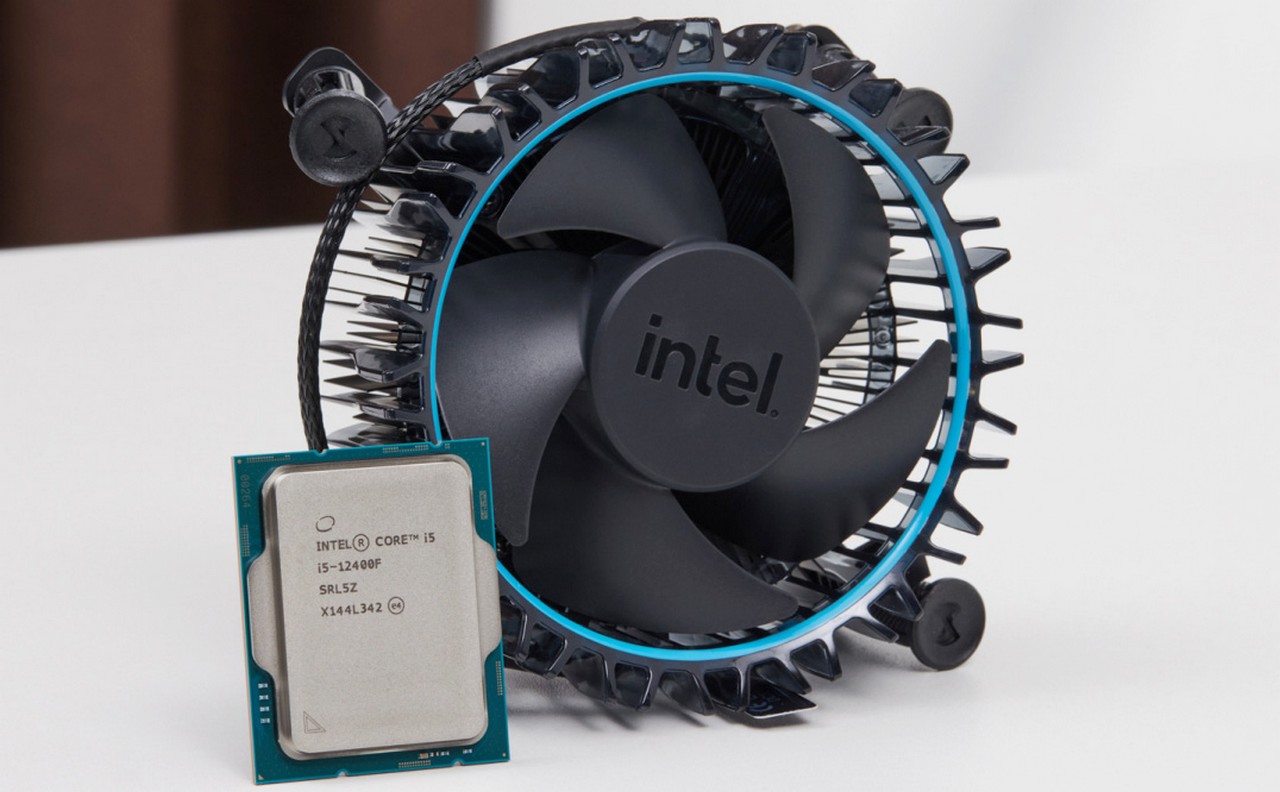 Intel Core i5-12400F Box is the junior processor of the Core i5 12th Gen family, it has 6 powerful Golden Cove physical cores and 12 Hyper-Threading virtual threads. But deprived of additional energy-efficient Gracemont cores, this is already the prerogative of the older i5-12600K. It can work with both classic DDR4-3200+ MHz RAM and progressive DDR5-4800+ MHz. But if the memory is overclocked too much, the Gear 2 will be forced to switch to asynchronous mode, which partially offsets the performance gain.

The Core i5-12400F’s L3 cache is a solid 18MB, which is more than the last two Intel generations (12MB) but still less than AMD’s (32MB). Turbo Boost technology automatically overclocks processor cores to 4.4 GHz, while the heat dissipation increases from 65 to 117 watts. The updated boxed Intel Laminar cooler with a copper core comes in handy here. De jure, you cannot manually overclock the i5-12400F by the multiplier, but de facto overclocking via the bus is available on some B660 motherboards. In this case, you will definitely need a tower cooler or dropsy.

Biostar B660GTQ – motherboard with the potential to upgrade to Core i9 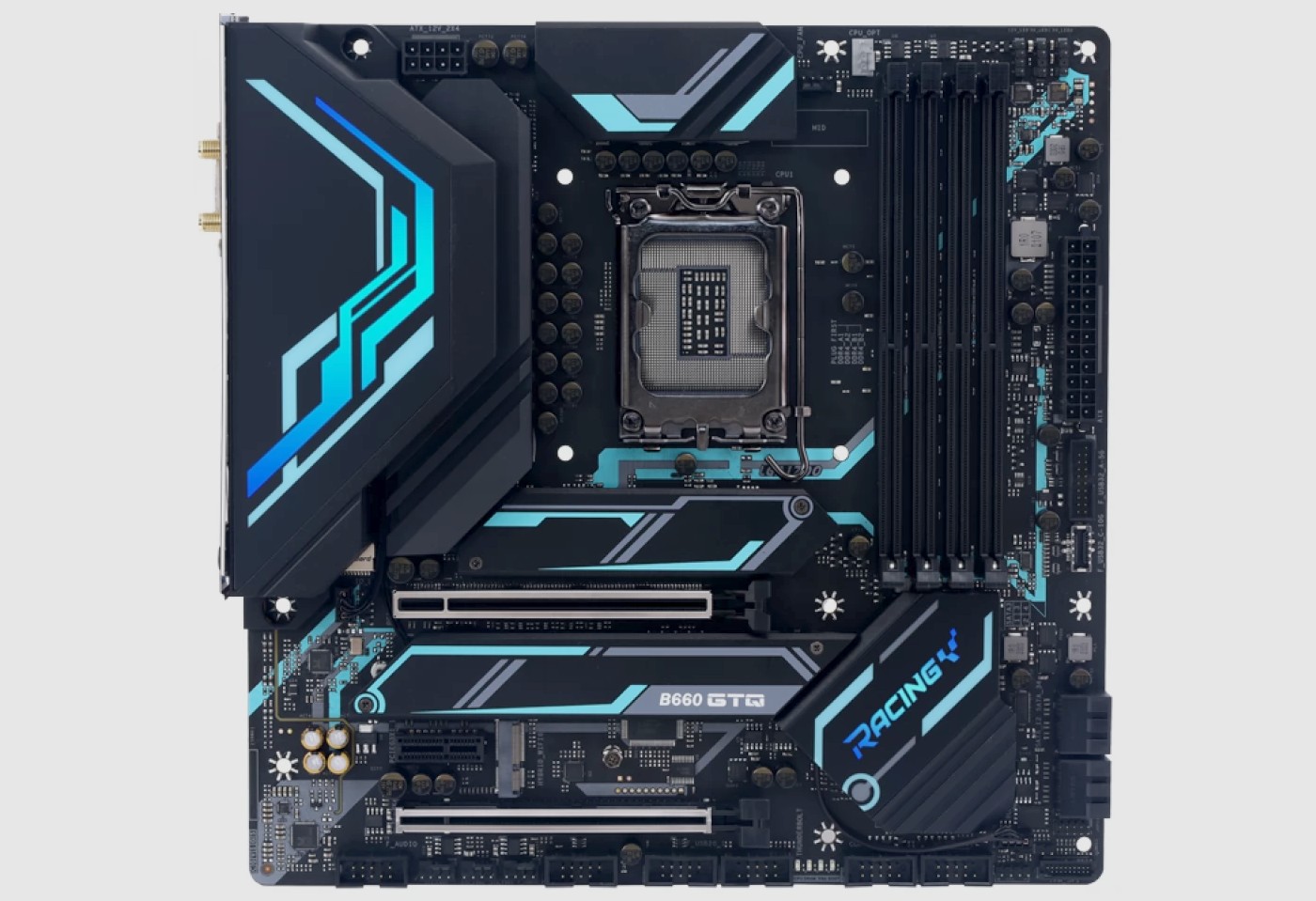 Biostar B660GTQ is a mid-sized Micro-ATX motherboard on socket LGA 1700 for current 12 and upcoming 13 generation Intel processors. It has a powerful 20-phase power supply subsystem with mosfet radiators and an interface panel casing decorated with LEDs. The glow is adjusted using the Biostar Vivid proprietary application. The heatsink on the B660 chipset is also highlighted, which allows overclocking DDR4 RAM up to 5000 MHz and, unofficially, the processor via the bus.

Metal-reinforced x16 video card slots, while PCIe 4.0 SSD M.2 slots feature easy-to-remove heatsinks. The third M.2 slot, shortened by Key-E, is designed to install a Wi-Fi adapter. The audio subsystem is represented by a 7.1-channel Realtek ALC1220 codec with Japanese audio capacitors, and the network subsystem is represented by a 2.5-gigabit Realtek RTL8125B controller with lightning protection. There are three video outputs, all digital: HDMI, DVI and Display Port. Of the eight external USB ports, most are high-speed 3.2 Gen 2 (10 Gb/s), including one swivel Type-C. 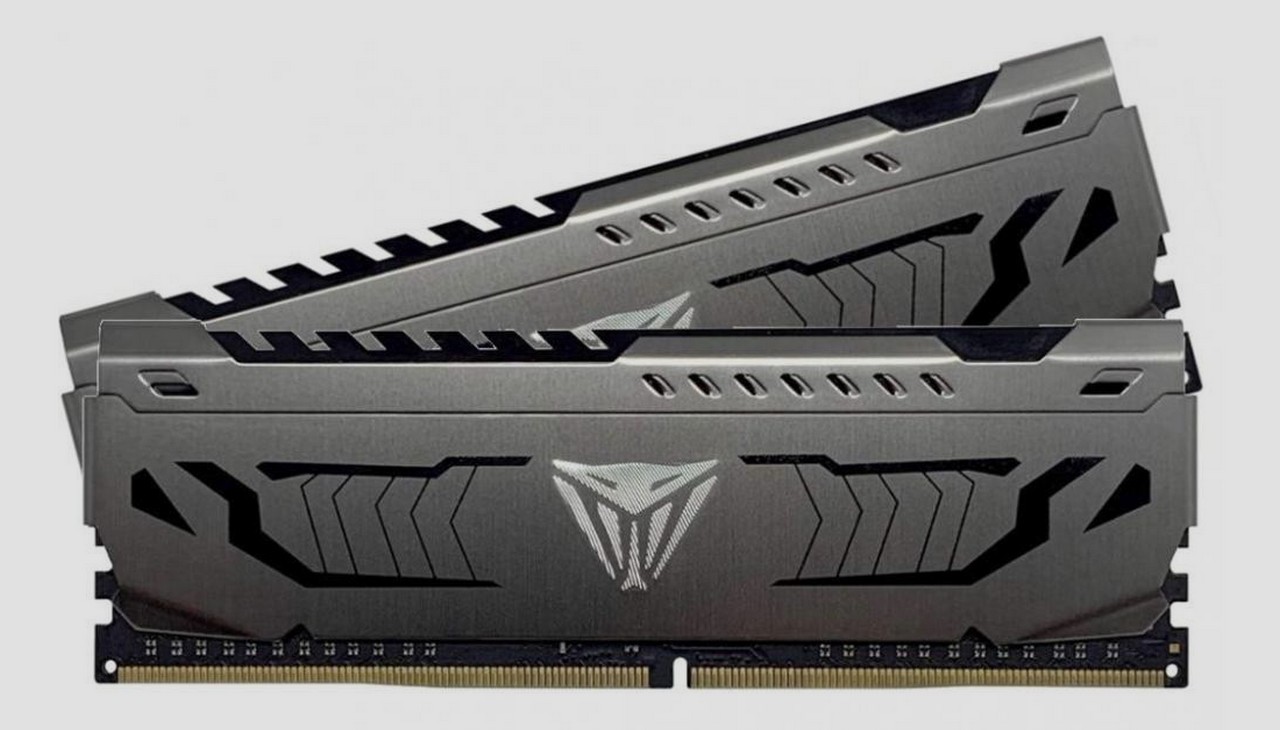 Viper Steel DDR4 is a pair of RAM from the gaming sub-brand Patriot Memory with a total capacity of 16 GB and a frequency of 4000 MHz. Ideal for 10 – 12 generation Intel Core processors, as well as Ryzen 4000 – 5000 series. In case an unsuccessful processor or motherboard comes across, a second XMP 3866 MHz auto-overclocking profile is sewn in. The timing formula for both frequencies is the same CL19-19-19-39, as is the supply voltage of 1.35 volts. Other brands of memory at 4000 MHz usually require the more dangerous 1.4 V.

This means that the most successful Hynix D-die chips with minimal current leakage were hand-selected for the Viper Steel DDR4. If you wish, you can try to manually overclock the memory to 4400 MHz, or buy a kit immediately with such a frequency, it is also present in the Patriot assortment. Metal radiators are really thick-walled, not foil like many competitors. And the radiators protrude minimally in height, so they will not conflict with the tower CPU cooler. In addition to the non-luminous Viper Steel, there is also Steel RGB. 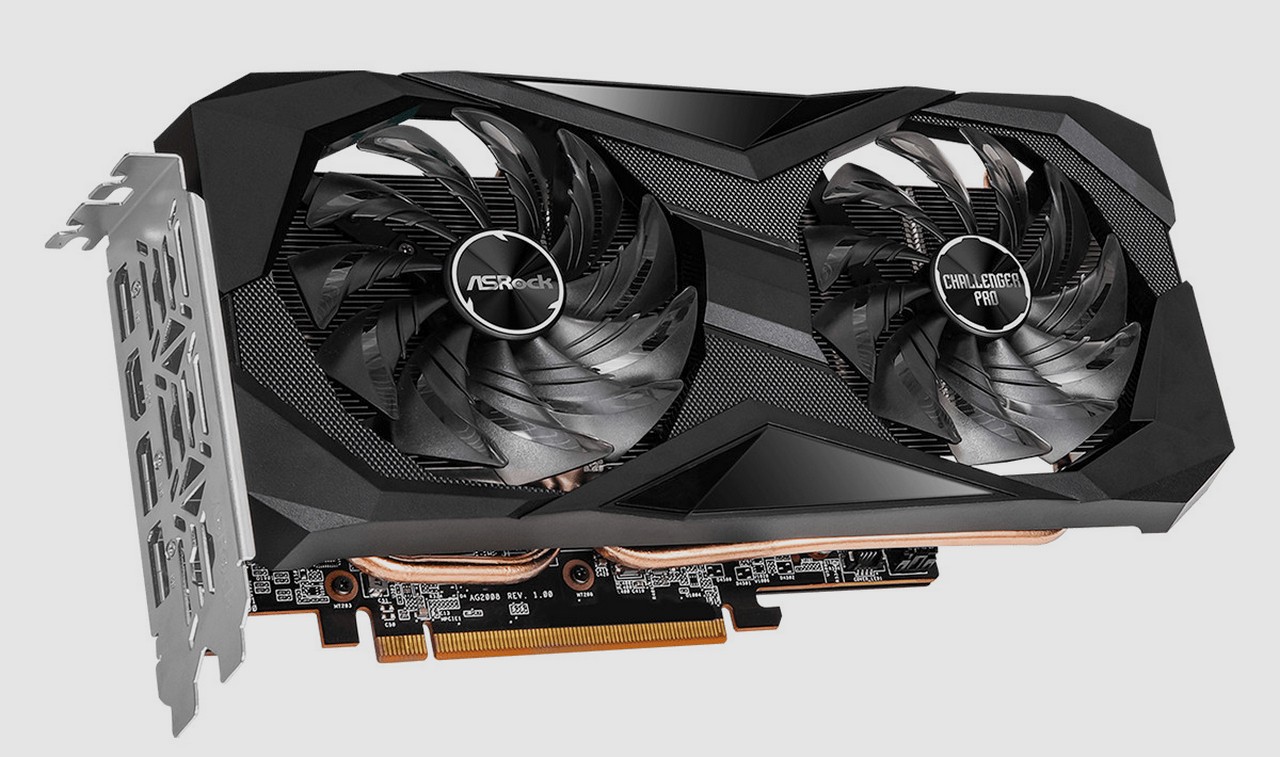 ASRock Radeon RX 6600 XT Challenger D – perhaps, starting with the Radeon RX 6600 XT, you can increase the screen resolution from Full HD to a clearer 2560×1440 without losing a comfortable frame rate. The modification of the ASRock Challenger D has many distinctive features. This is the reinforced Super Alloy power subsystem, which consists of Dr.MOS digital transistors, 90-amp chokes and Japanese Nichicon 12K Black solid-state capacitors.

And semi-passive cooling system 0dB Silent Cooling, when a pair of fans completely stop the rotation in an idle PC. It is supplemented with a metal backplate, which acts as a stiffening rib. They did not even stint on thermal paste with metal nano-particles and durable thermal pads. Of course, all AMD proprietary software technologies are present: updated FSR 2.0 to improve FPS through smart upscaling in supported games; RIS for upscaling at the driver level in any, even old games; and DirectX RayTracing for rendering realistic reflections.

Reasons to buy: Fairly fast read and write speeds at moderate heat, suitable for desktop PCs and laptops, low price per gigabyte.
Reasons not to buy: If your PC only understands the M.2 SATA format.

The Patriot P300 is one of the most affordable 1TB modern M.2 NVMe SSDs available. Moreover, the user sees the full 1024 GB, and not 960 GB, when part of the volume is reserved for service needs. Powered by PCIe 3.0 x4 bus, therefore compatible with the vast majority of modern desktops and laptops. The theoretical sequential read and write speeds are stated at 2100 and 1650 MB MB / s (in practice, even a little faster).

Of course, there are faster SSDs, but they are significantly more expensive and heat up more, requiring a thick heatsink. Whereas the Patriot P300 is relatively cold. Both models of controllers that can be used in it – Phison E13T and SM2263XT – have their own integrated buffer RAM. This made it possible to abandon a separate chip and, thereby, significantly reduce the cost of SSD. The controllers differ, in fact, only in the virtual SLC caching algorithm, which is not noticeable to the average user in everyday work.

Chieftec Task TPS-600S – PSU is not afraid of power surges 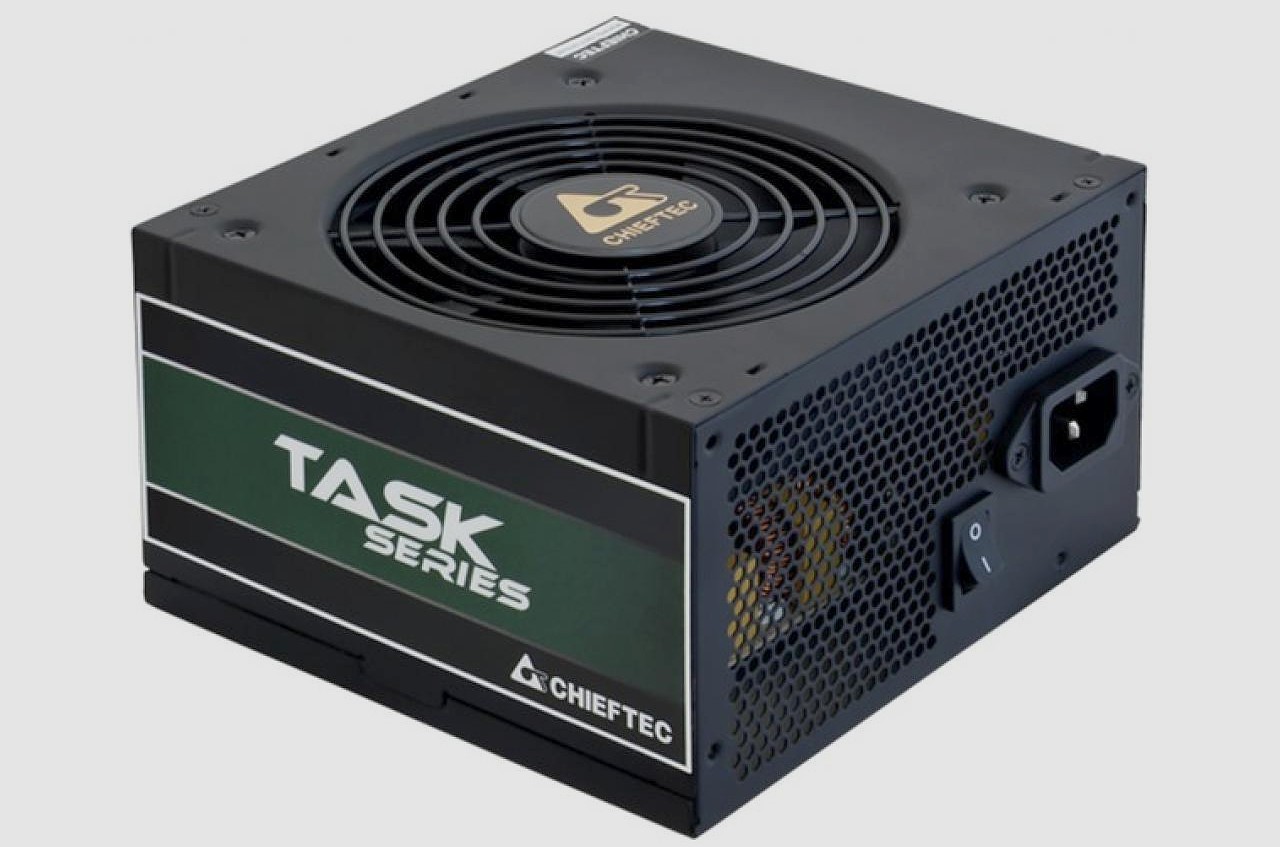 The Chieftec Task TPS-600S is a low cost 600W PSU with an 80 PLUS Bronze Energy Efficiency certification, meaning 85% efficiency. On the main line, +12 V produces 550 W, that is, 92% of the total power. Built on CWT circuitry, equipped with Chinese ChengX capacitors and a 12cm Yate Loon sleeve bearing fan. Classical group stabilization of low-voltage lines is used. However, it does not get hot (less than 80°C) and does not make excessive noise (800 rpm to half load).

The cables, although not modular, and even multi-colored, are very long. The processor cable, which is the most problematic for hidden pulling, has a sufficient length of 65 cm and a reinforced 4 + 4-pin connector. There are two 6 + 2-pin video card connectors available, which allows you to power any pre-flagship GPU. Able to work Task TPS-600S with an input voltage of 110 to 220 volts. Moreover, this is useful even in our area, since the voltage in the household electrical network often sags, especially in country houses. 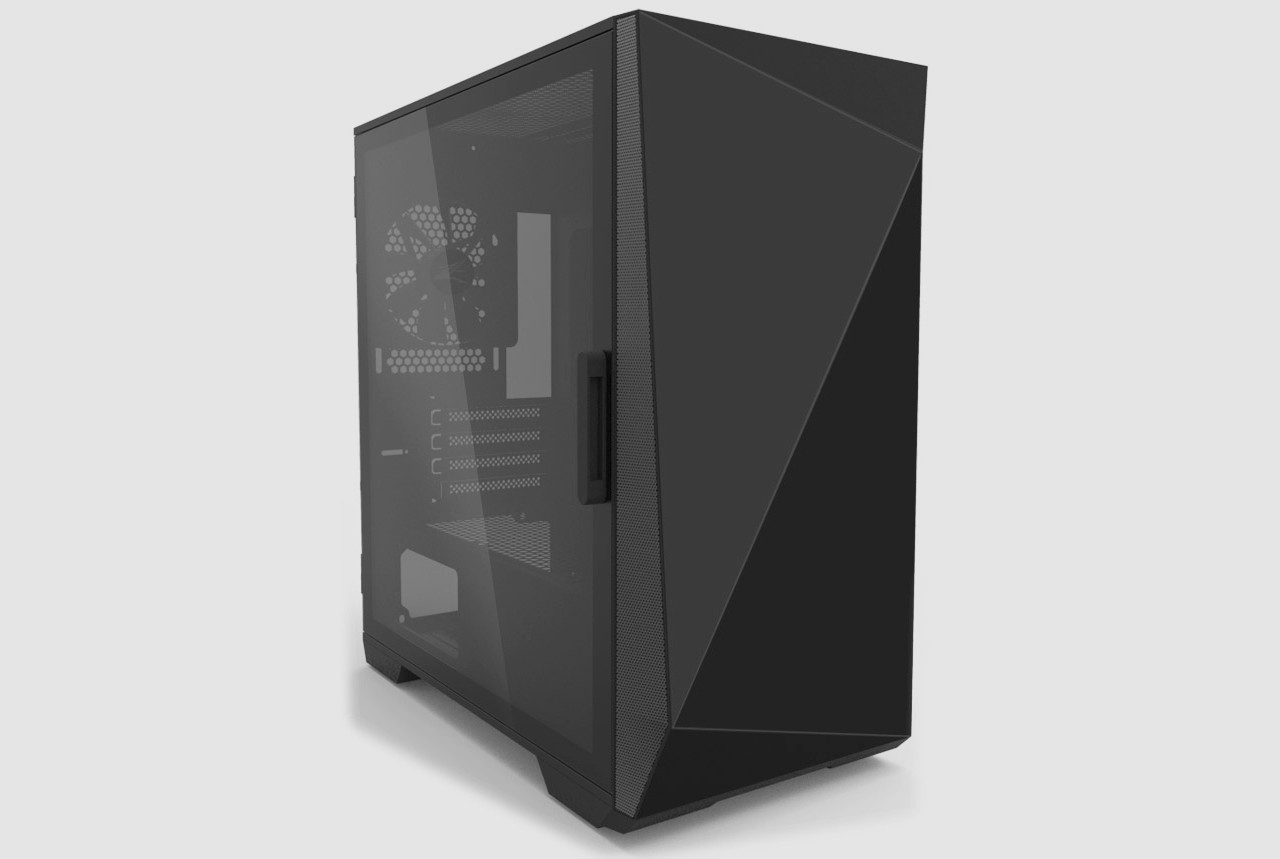 Zalman Z1 Iceberg is an elegantly simple-looking Mini-Tower computer case, that is, for mid-sized Micro-ATX motherboards (4 PCIe expansion slots), compact Mini-ITX (1 slot) and intermediate Mini-DTX (2 slots). It weighs 5 kilograms, that is, it already dampens the vibration of hard drives well, but you still don’t risk injuring your lower back when assembling a PC. The front panel is made deaf, but ventilation grilles are provided at its ends. Two 12 cm fans are hidden under the panel, there is room for a third one.

Another turntable is located at the back, and there is enough headroom on top to install a two-section dropsy. The casing of the power supply hides ugly protruding wires, but allows you to see the sticker with the characteristics of the PSU. All this is complemented by a tempered glass viewing window. The video card in the Zalman Z1 Iceberg fits up to 33 cm long, and if you remove the front fan, then even longer. And the maximum height of the tower cooler for the processor is 16 cm. You can install two and three 3.5″ and 2.5″ drives, respectively.

In this article:Guide
Don't Miss: