Most users of the Windows 10 operating system faced various problems and errors when updating the OS – they can be caused by a variety of factors, which are sometimes difficult to determine on your own. Naturally, there are dozens of programs on the network that supposedly fix problems when updating the system, but at best they do nothing, and at worst they take money out of the user. But, fortunately, you no longer need to carry your computer to the specialists, as enthusiasts presented the Fixdows application, which itself eliminates all the problems that arise during the update. 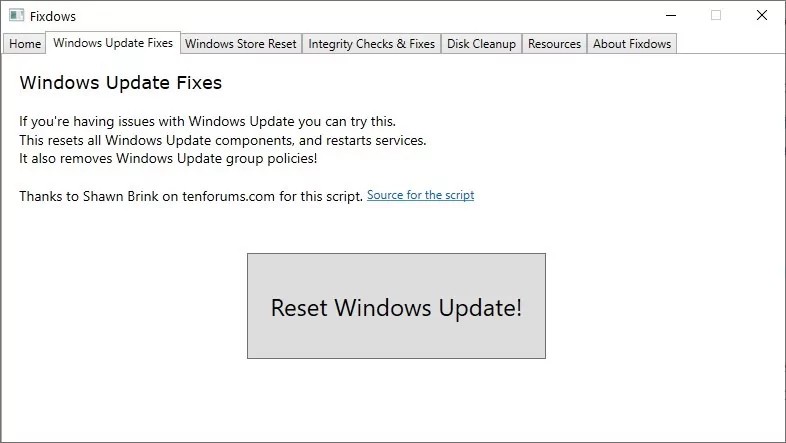 It is worth noting that this is a completely free application, and even open source, so no one will be able to lure money or mine on the user’s computer. At the same time, the free software is given by its interface – this is an extremely simple application in visual terms with a minimum set of buttons and several tabs. On the other hand, the main thing is that the application works – if an error occurs during the Windows 10 update process, it is enough for the user to launch Fixdows, open the second tab and click on the central button, which will reset all Windows Update components and restart all services that are with this process connected. 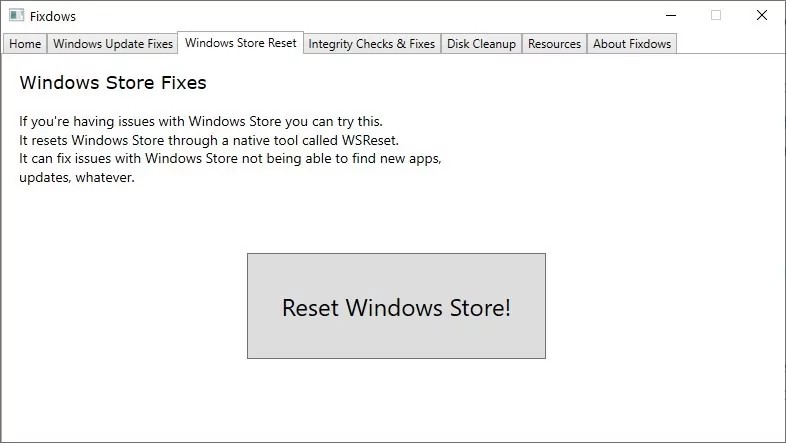 After that, the application will restart the user’s computer, prompting you to follow the instructions to completely eliminate the cause of the problems during the update. You also need to clarify that in the process, this utility will delete the group policies for “Windows Update” that the user may have assigned. In fact, the Fixdows application is a set of scripts that reset all services and components required to update the system correctly. A similar troubleshooting solution is actually available on the Microsoft portal, just the developers have packaged it into a single application. 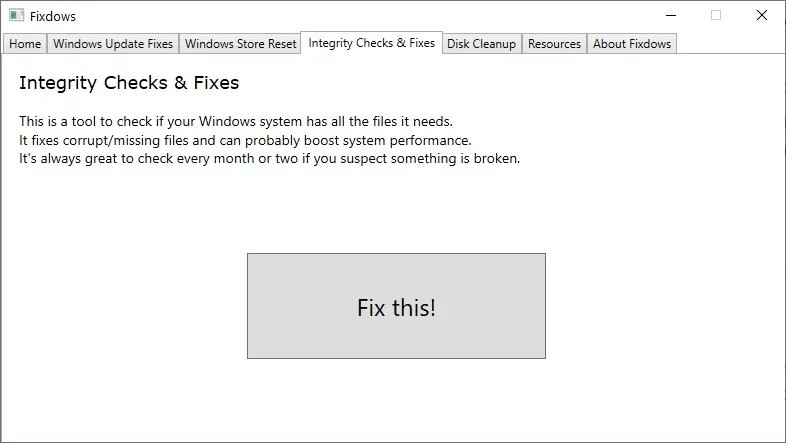 Additionally, the application has tabs that allow you to fix the problem with downloading content or updates from the Windows Store, you can also run a system integrity check in the event of a BSOD (“Blue Screen of Death”), and also clean the disk using standard Windows tools.

You can download the Fixdows application on the official page on GitHub .