Tutorial: How do I customize my Mac?

Mac is a holiday that is always with you. And this does not depend on what specific device we are talking about. Today we’ll be covering the Mac Pro, iMac, MacBook, Mac mini, and Macbook Air at the same time. The fact is that in these cases there is such a thing as customization. And we will dwell on this in a little more detail than usual …

By the general term Mac, we mean all laptops and computers, that is, iMac, and MacBook Pro, and Air, and Mac Pro with Mac Mini. Although, of course, it is difficult to imagine visual customization of the latter.

Believe it or not, the first MacBooks appeared in 2006 and were produced until 2012. The case of these laptops was made of polycarbonate and, in fact, if Apple released a similar laptop now, we would surely be delighted with it, because it was very beautiful. The device largely followed the industrial design of the Powerbook G4, but was the first Apple laptop to use a glossy screen and recessed keyboard.

Then the line was divided into MacBook Pro and MacBook Air: one laptop was positioned for professionals – designers, architects, photographers and videographers, the other was lighter and more compact. At the same time, Air, as it seems to us, was more popular, because it was more accessible and suited a large number of users, and they began to use it as a “workhorse”.

2. How the MacBook has changed: cases, filling, Pro and Air The Macbook has, in fact, gone through several milestones.

On the one hand, the hulls were changing. Now few people remember the polycarbonate case, although the laptop looked very interesting. Then there was a long period when devices were made of aluminum, but there was a “burning bull’s-eye”. It seems that this “know-how” of Apple was loved by everyone, because it did not require extra energy and was “powered” from the display, but at the same time everyone saw the MacBook user. In the future, the hulls became completely metal, and the bull’s-eye stopped glowing. Many people still miss this symbol. Interestingly, there were even renders of the iPhone, in which the “bullseye” also shone, but these were the wet dreams of fans.

At the same time, the filling also changed. The MacBook has always kept pace with the times. He started with Intel Core 2 Duo, and eventually came to his own Apple M1 chip and will develop further in the direction of his own processors. Capacities grew, but at the same time, a division took place.

As we said above, the MacBook split into two lines at some point: Pro and Air. And if the first one appeared immediately one way or another, then the Air presentation became a separate event. The original MacBook Air was shown in person by Steve Jobs in 2008. It was a 13-inch model with a thickness of only 1.9 cm. Perhaps the main feature of the Air was the lack of a CD-drive. However, soon Apple, like other manufacturers, abandoned the drive in their laptops, which made it easier for laptops and the life of its users.

Here Apple again became a pioneer, because after the announcement of the MacBook Air, the concept of an ultrabook, familiar to many today, appeared, which was introduced at Intel. If the brand claimed to have released an ultrabook, then it immediately pumped up a thin, light, powerful, work laptop.

3. Customization: from engraving and sticker bombing, to customization of iron

And now, we come to the main thing – customization. The first thing you can do with an Apple laptop is engraving the keyboard. This service is always popular, because many people prefer to purchase MacBook abroad and apply the keys separately. At the same time, there are people who, on the contrary, “do not spoil” the factory keyboard, blindly typing letters from memory. Another important area in MacBook customization is, of course, sticker bombing. Who hasn’t covered the back wall with all kinds of stickers? This makes your laptop unique. In the days of the “burning apple” there were dozens of options to beat the glow, and in Chinese online stores one could find Darth Vader holding the company logo, Michael Jordan, who, instead of a ball, put an apple in a basket. 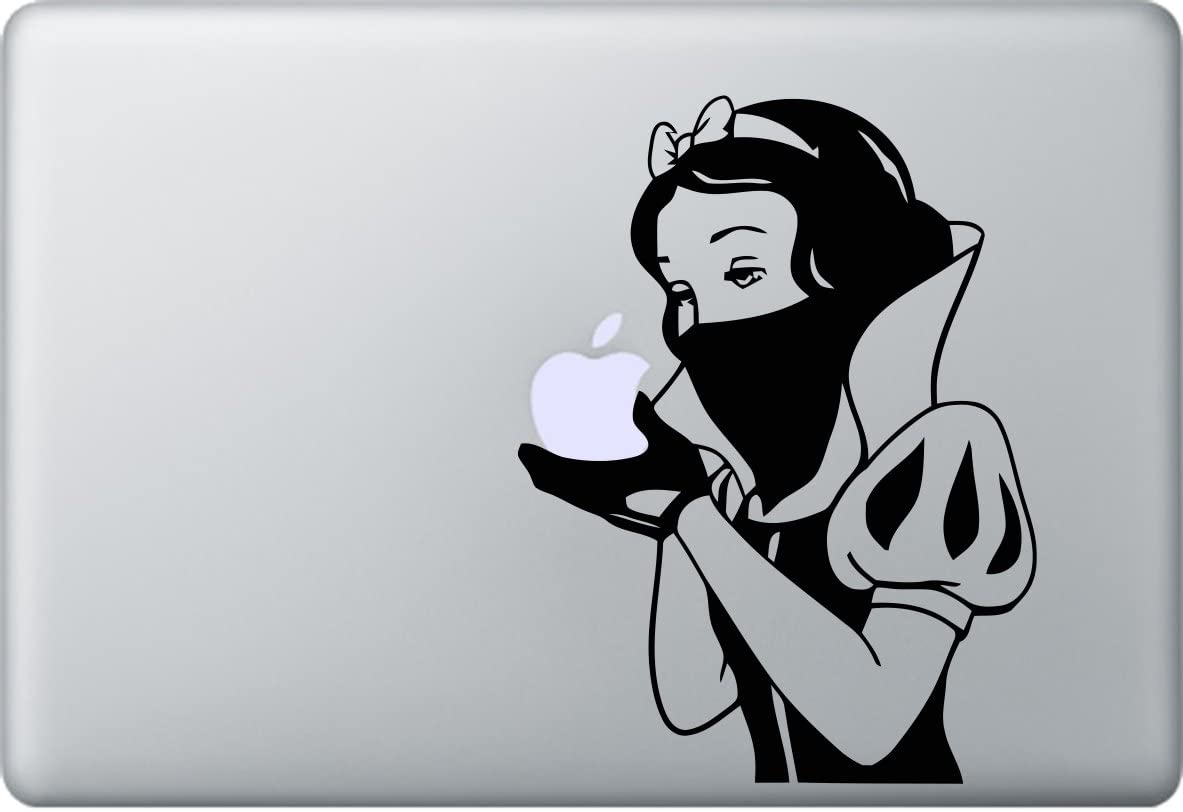 There was also an option with Snow White, who had already bitten an apple. When Apple moved away from the idea of ​​a burning apple, the sticker bombing became more mundane and you simply “hammered” the aluminum lid to your liking. By the way, in addition to customization, it is also a kind of laptop protection from external influences. By the way, if you choose high-quality stickers, you can periodically clean the back wall from them and glue new ones, and the back surface will be as good as new. But the main thing is, of course, the customization of the hardware. Before that we talked about the exterior gloss, but still, in any Mac, the main thing is the combination of power and beauty. And here it is worth remembering that Mac is a concept that affects all Apple PCs and laptops.

Surely you have seen on the Apple website the opportunity to install an SSD or a larger RAM. And what if we say that the MacBook Pro 16 has a total of 54 configuration options. You can choose from three processor options, two different video cards, and so on.

With this tool, you can assemble a Mac in a few clicks by choosing a processor, video card, amount of RAM and storage, you can also choose any keyboard layout. In just a few clicks, you will see a custom Mac, find out its price, and immediately order it. Simple and convenient!

Dell S2721QS Review: Reliable 4K monitor for those on a budget