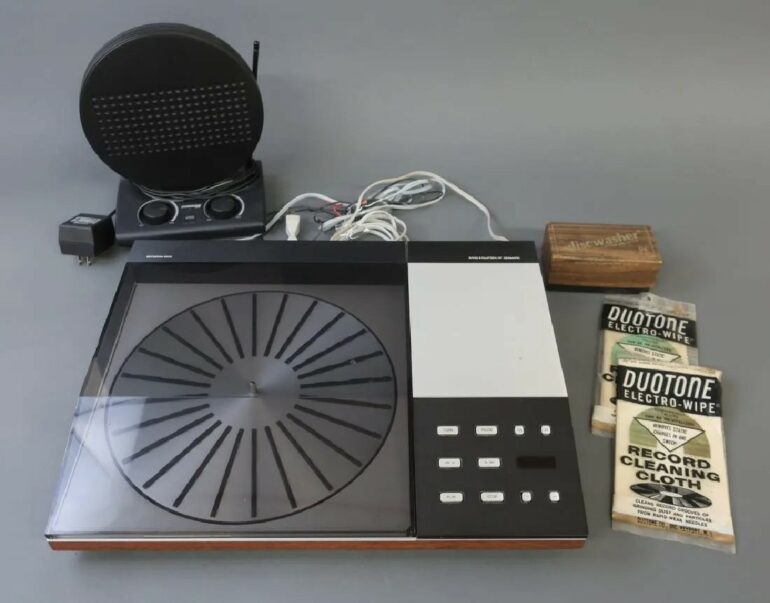 The close acquaintance with the products of the Danish company Bang & Olufsen took place in the 1990s, when the company’s ideology had already turned from classic Hi-Fi with an original design towards purely designer audio equipment. The heyday of the engineering thought of the company’s developers fell on the period of the 1970-80s, when such masterpieces as the Beocord 9000 cassette deck and the Beogram 8000 vinyl player were born. 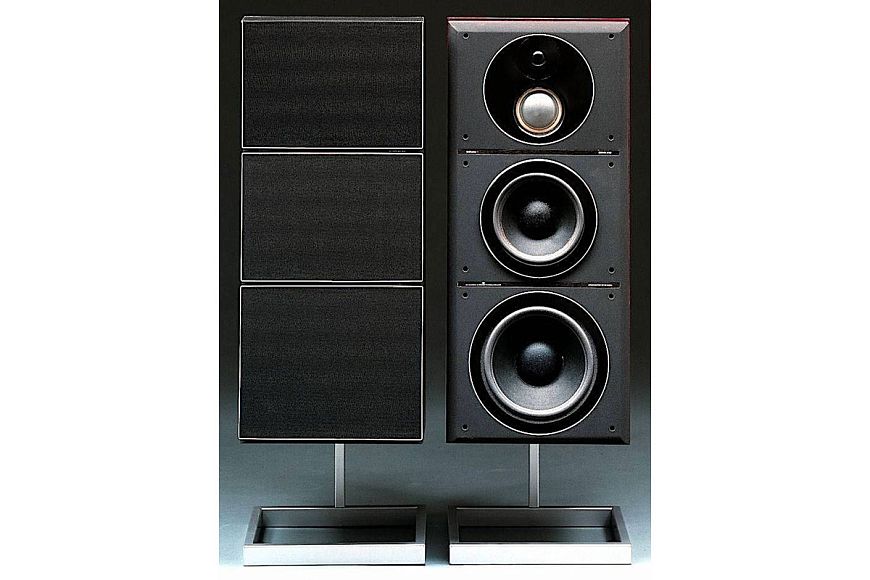 Two versions of the top passive speakers were produced between 1980 and 1985. These were classical loudspeakers, distinguished by the original structure of the case, which contributed to the observance of the correct time and phase characteristics. In those years, computer analysis and even laser scanning were already used in the design, so the developers were able to achieve impressive measured values.

The model had a four-lane design and could “digest” up to 150 watts of input power. The set of speakers included a 250mm woofer, a 200mm mid-bass driver, a 75mm dome midrange driver and a 25mm tweeter. Acoustic design was phase-inverted. Each column weighed 30 kilograms and was mounted on a special rack. 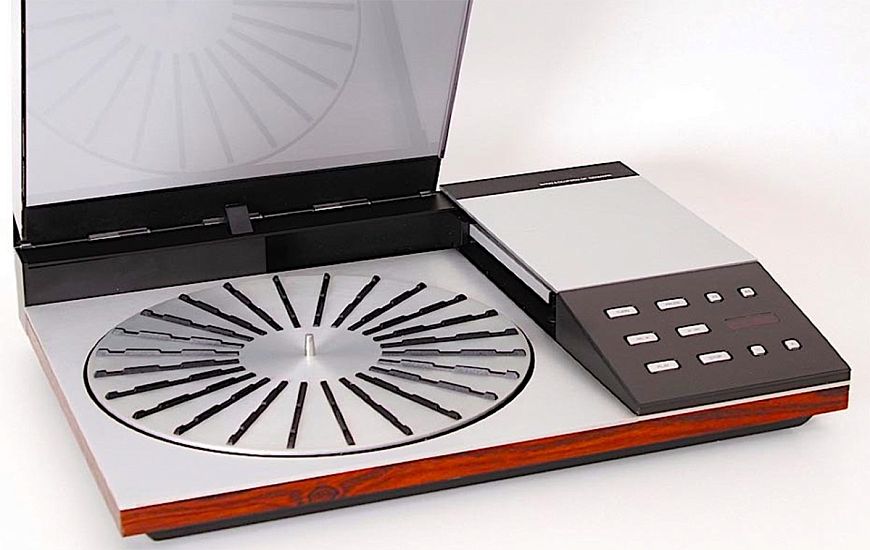 Most fans of the company rightly consider this model to be the pinnacle of Danish company engineering. This was the third generation of the turntable with an electronic tangential arm, produced from 1981 to 1983. The tonearm was controlled by an electronic flywheel with quartz stabilization.

The famous MMC 20 CL ​​pickup with a sapphire needle holder, Line Contact needle and the original proprietary Moving Micro-Cross transducer, which is a kind of Moving Iron, was regularly installed on the player. The player supported rotation speeds of 33.3 and 45 rpm and weighed 9 kilograms. 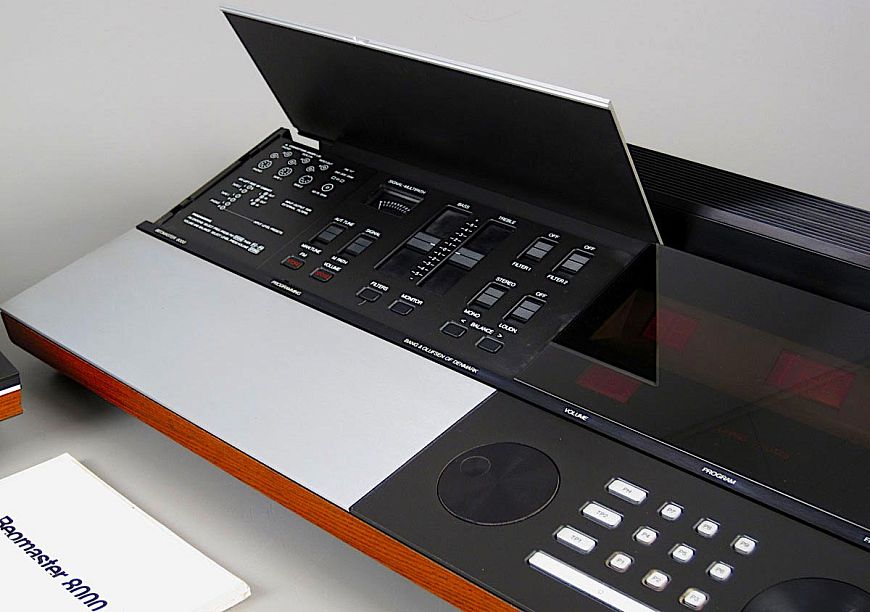 The top receiver of the company, produced in the period 1980 – 1985. Like all the best Bang & Olufsen models of that period, the device was the brainchild of the famous designer Jakob Jensen. It used an advanced tuner for those years with automatic fine tuning of the frequency and memory cells for 9 stations.

The receiver’s panel made it possible to control not only itself, but also branded signal sources – a cassette deck and a vinyl player. The power of the receiver was quite sufficient to cope with native speakers – 150 “honest” watts per channel at 4 ohms. The model had a built-in phono stage for branded pickup heads. The weight of the receiver was 21 kilograms. 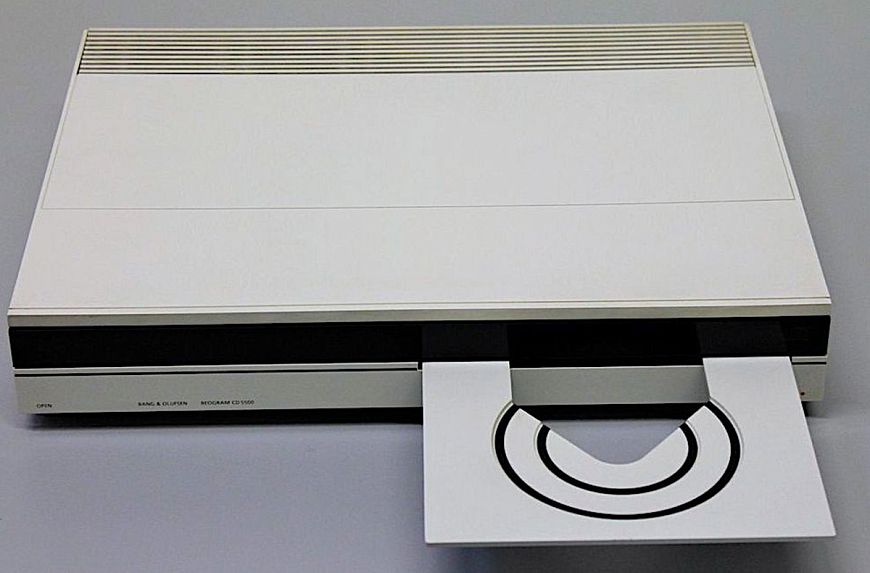 The first Bang & Olufsen turntable, entirely designed by the developers of the Danish company, appeared on the market in 1986 and was produced until 1990. All subsequent versions of free-standing B&O CD players differed from it only in design and functions, the sound path remained unchanged.

Stunning metal loading tray, two-tone aluminum front panel – an instantly recognizable look. However, the memorable appearance was not the only advantage of the model – the player sounded excellent. It was equipped with a transport from Philips and a dual multi-bit DAC with a capacity of 16 bits and a quadruple oversampling of 176.4 kHz. The model did not have its own separate remote control, it could be controlled using the Master Control Panel 5500 system remote control. The player weighed 6, 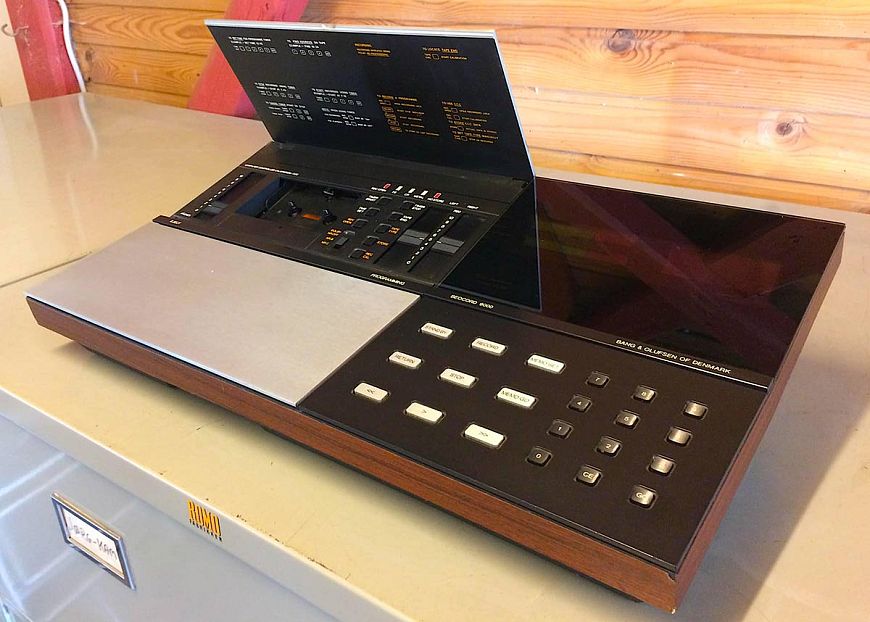 One of the best cassette decks of the eighties, not only among Bang & Olufsen models, but all over the world. Its main advantage was a system for automatically adjusting the parameters of the heads to a specific cassette. The microcomputer measured and automatically set four main parameters for each loaded cassette – bias, equalization curve, sensitivity and distortion level. The whole automatic calibration process took only 9 seconds after pressing the Play key.

Moreover, the deck showed the user the results of the measurements made and the settings made, and then they could be remembered for each type of tape – the first, second or fourth. The deck was equipped with a combined sendust-ferrite head, made by special order of the company, which was responsible for both playback and recording.