The best cassette players/recorders 2021: Which you can buy online today Large electronics manufacturers have long stopped producing portable recorders that use compact cassettes as a carrier. This is quite logical in this age of digital audio, but there are still fans of good old cassette recorders. For them, factories from the Middle Kingdom continue to produce simple and inexpensive cassette recorders under various brands. One of the brands under which various models of cassette recorders are produced, including boomboxes in the style of the 1980s. This small recorder can record to tape from a built-in or plug-in external microphone, as well as a USB input from a computer.

There is a carrying handle on the case, in addition to the built-in speaker, listening is possible through wired headphones, a 3.5 mm jack is provided for their connection. For stand-alone operation, 3 type D batteries are required; excluding them, the tape recorder weighs 0.77 kg. 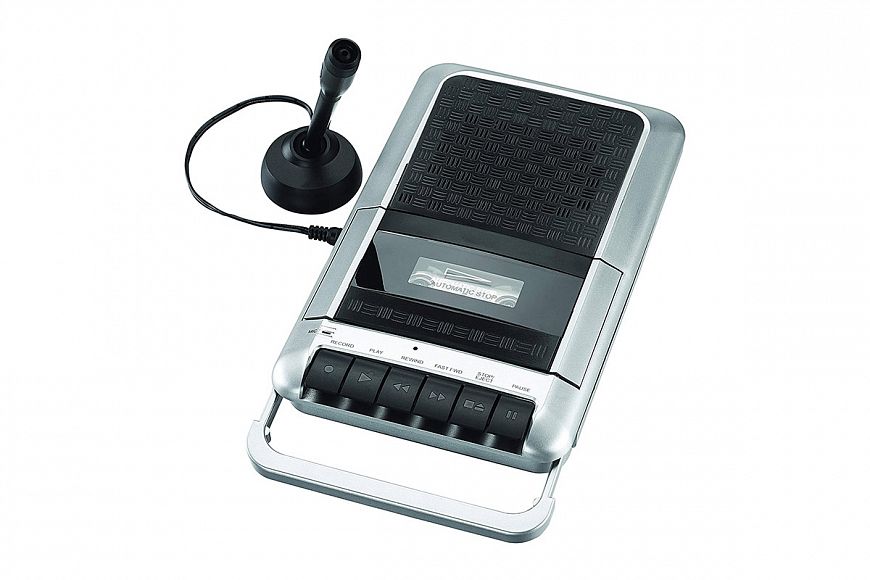 This portable unit is supplied with an expansion microphone on a stand for higher quality recordings. The model also has a built-in microphone.

The carrying handle extends from the body of the device, the tape drive mechanism is equipped with an auto-stop and supports rewinding in both directions. You can use both a speaker and wired headphones for listening. The weight of the device is 0.8 kg. A cassette recorder that also combines a radio receiver. The model is equipped with a built-in microphone, plus it has a 3.5 mm jack for connecting an external microphone.

The device receives power both from AA batteries and from the mains, for which a separate AC adapter is required. The recorder has a built-in speaker and the tuner has a telescopic antenna. A cute recorder in a completely black case is equipped with a built-in microphone, but it can also be connected to an external one. Its dimensions are 295 x 147 x 66 mm, the device weighs 0.9 kilograms.

The tape recorder has an auto-stop, and the recording process is started by pressing one key. A special hole in the body is provided for adjusting the azimuth of the head. In addition to the built-in microphone recording function, this device, originally from the 1980s, can play MP3 files from flash drives through the built-in speaker or through headphones.

The model has a retractable carrying handle, two 6.35 mm headphone jacks and an auto-stop. The recorder weighs 1.1 kilograms and is powered by four C-format batteries or from the mains via an adapter. A solid beige device with a built-in microphone, which also has a jack for connecting an external microphone. Two pairs of headphones with 6.35 mm jacks can be connected to the recorder at once, while one of the connectors is also used for an external speaker system.

The device is equipped with a tape counter, has a carrying handle and is made of durable plastic. The built-in 0.5 watt speaker is capable of sounding a medium-sized room. The recorder with a built-in telescopic antenna tuner is powered by two AA batteries or an external adapter via the USB port.

Recording can be carried out both through the built-in and through an external microphone connected to the 3.5 mm jack. You can also connect the analog output of a computer or other tape recorder to this jack. This small recorder weighs only 250 grams.