3 worst Windows versions in history and why they failed The history of Windows is full of joyful exclamations and indignation of users – at some times the overwhelming majority unanimously admired the Microsoft platform, and sometimes frankly criticized it. There was even a joke on the net that every second version of Windows becomes terrible. If you try to look at the history of this operating system as objectively as possible, then some updates really seem to be unsuccessful. It is about the three most disastrous versions of Windows that this article is written.

It was supposed to be a Millennium Edition, but it turned out to be a Mistake Edition 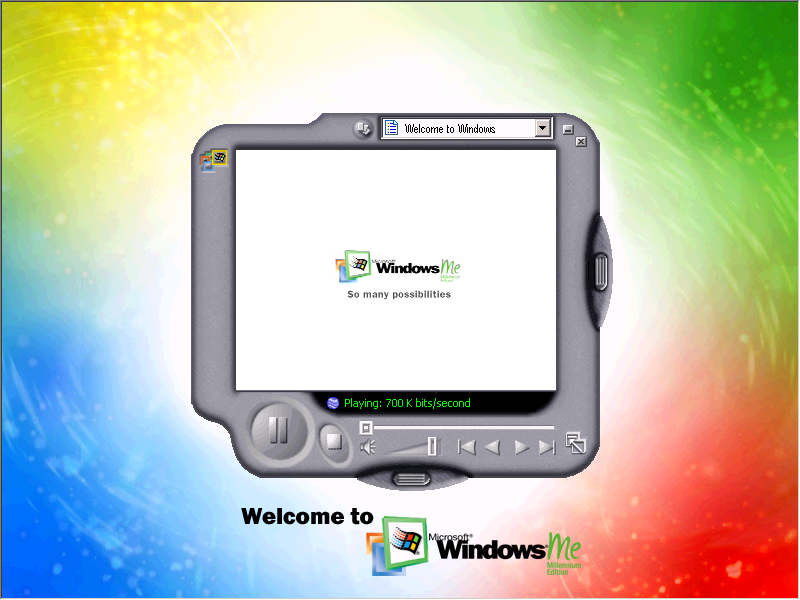 At the first launch, the system showed an introductory video – at that time it was useful for inexperienced users who, perhaps, were getting acquainted with the computer for the first time.

Windows Millennium Edition was released in honor of the new millennium (“millennium” is translated as “millennium”), but the loud marketing link did not correspond to reality – the operating system turned out to be a failure, and the authoritative foreign magazine PC World even deciphered the abbreviation ME as M istake E dition (“ Erroneous Edition “).

The success of Windows ME was not foreshadowed even at the creation stage. In early 2000, Microsoft released Windows 2000, but this version was intended primarily for the corporate market. At the same time, Windows 98 was already several years old, and Windows XP was still in development. That is why, as people now read, Microsoft wanted to release something new for ordinary users and, in a hurry, introduced Windows ME – it became a kind of awkward bridge between the Windows 9x family and the future Windows XP. The choice of the restore point was carried out in this way, and the technology itself was almost revolutionary. If she also worked properly …

In fact, Windows ME was the same Windows 98, only with a small list of new features. The System Restore option stood out from the most important, but at first it worked with errors – the function sometimes restored together with the system and viruses that the user had previously deleted (and when System Restore was turned off, all restore points were erased). In Windows ME, the “Control Panel” became more confusing, so the developers decided to show only the most common options by default, adding a description to them

There were no key innovations other than improved system protection. Moreover, Windows ME blocked the real MS-DOS mode, which prevented users from using certain old programs. At the time, this was a significant disadvantage for many. 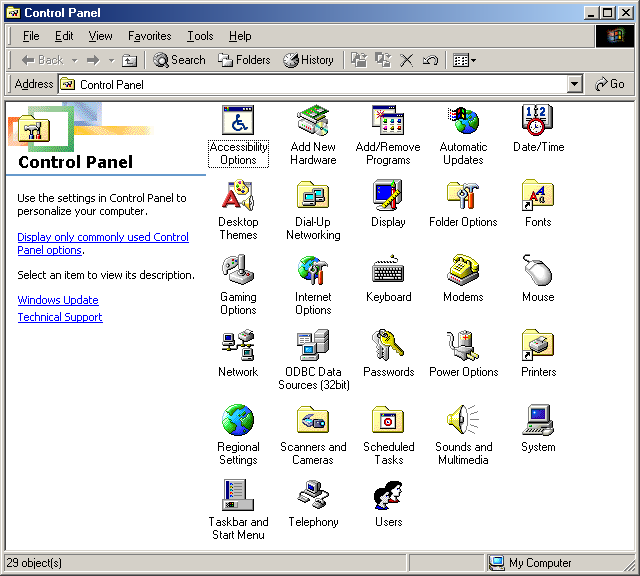 Advanced users could still access the complete catalog of all Control Panel options.

However, the main disadvantage of Windows ME was, perhaps, stability. Users experienced frequent crashes, slow performance, and strange performance issues. Developers were inundated with complaints that after a few days the system began to malfunction, and some users were faced with “blue screens of death” literally every hour or two.

Windows ME was not much different from Windows 98, and the key innovation (restore points) worked with errors at first. Moreover, the system was very buggy and unstable, and experienced users were also frightened off by the inability to run old programs through MS-DOS.

Vista is the worst version of Windows for someone who has never used Windows ME. But she didn’t deserve it Developments from Windows Vista became the basis for the design of Windows 7, which is still considered the best by many users.

The backstories of Windows Vista and Windows ME were very different from each other. Although Vista was also announced in a hurry, it did not have such serious stability problems – in this regard, the system worked, on the contrary, well. However, it had a significant drawback, which entailed all the problems, including increased system requirements.

Since Windows XP had a lot of security issues, Microsoft tried to make Vista as secure as possible. And she did it largely by changing the driver model – the system became not only safer, but also more stable. In practice, this was expressed in a significant decrease in the number of “blue screens of death” and in the ability to recover from graphics driver failures, which XP could not boast of.

However, such a significant update of one part of the “filling” of the system could not but affect its other components. First, Windows XP drivers did not work with the new driver system in Vista – old software, and many peripherals were simply not compatible with Vista until their developers and manufacturers released updates. Second, Microsoft has implemented a new graphics driver architecture, WVDDM. It was the unpredictable reason for Vista’s failure. Windows Aero visual effects are a major design innovation in Windows Vista. They also became a stumbling block, since they required WVDDM

The problem was that the Intel i915 chipset, which was very popular at the time, did not support WVDDM. Realizing that Vista would simply kill the i915 as a marketable product, Intel convinced Microsoft to artificially soften system requirements specifically for the chipset so that computer manufacturers could use the Vista Capable icon on their Intel i915-based devices and the like. … In practice, this led to the fact that the market was flooded with computers that were in fact incompatible with Windows Vista, which made the system work extremely slowly on them, and users became frustrated with the new operating system.

Two other scandals emerged from this story, which also hit the Internet. First, AMD’s chipsets were ready for the WVDDM architecture, and this should have significantly popularized its products in the market. Second, even before Vista was released, HP had invested heavily in its upcoming laptops with new chipsets and the Vista Capable tag – a goal that HP wanted to make it an advantage over its competitors. However, when Microsoft lowered system requirements, Vista compatibility became commonplace. Thus, while maintaining a strong partnership with Intel, Microsoft has spoiled its relationship with AMD and HP. 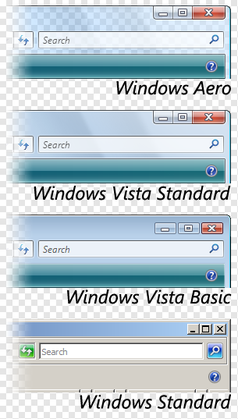 In addition to Windows Aero, other visual effects could be activated in Vista. Also, Windows Aero itself was not available in the Starter and Home Basic editions.

From the point of view of ordinary users, Windows Vista has changed significantly from XP, but Microsoft’s desire to take security to the next level has even touched the usual interaction with the system. It has a “User Account Control” (UAC). Since people often used an administrator account (most of the software did not work with the rights of a regular user), this innovation was intended as an additional layer of protection – the user, even as an administrator, had to constantly confirm his intention to run a “program that could make changes to the computer. “.

Dialog boxes like this have appeared almost everywhere in Vista. Only the paranoid responded well or at least neutral to them.

UAC is present in Windows to this day, but in Vista this option was as intrusive as possible. A confirmation dialog box appeared in almost every corner of the system, which was very annoying for both ordinary and advanced users. The feature has become such an annoying feature of Vista that Apple has even ridiculed it in its famous Get a Mac ad campaign. This, of course, also played a role in shaping public opinion about Vista.

Windows Vista fell victim to the continued partnership between Microsoft and Intel. It really had extremely high system requirements, but if they had not been artificially underestimated, flooding the market with computers incompatible with it, users of weak devices would simply not have tried it and would not have encountered low performance.

Operating system for touch devices. But monitors are not touch-sensitive, like most laptops of that time. This full-screen window has replaced Start. It was clearly intended for touch devices, and that was the whole problem.

Among all the worst versions of Windows, it is the “Eight” that is most fresh in the memory of modern users, because it was released in 2012. Its main problem is that it appeared unexpectedly and brought dramatic changes. The negative effect was aggravated by the fact that it became the successor to Windows 7 – after the unsuccessful Vista and the frankly aging XP, people fell in love with the “Seven”, which looked fresh and worked quickly.

One of the main problems with Windows 8 is the abandonment of the Start menu. It baffled most of the users who couldn’t figure out how to interact with the computer. Some couldn’t even find the shutdown button.

Another problem with Windows 8 is its two-facedness. Microsoft kept the Windows 7 desktop, but added an all-new tiled app menu that was clearly intended for touchscreens but was enabled on absolutely every device. Microsoft’s desire to release a universal system for computers and tablets was the reason for the failure of Windows 8, since the logic of interacting with the system on touch gadgets turned out to be not at all convenient on computers. For example, on tablets, the Charms Bar was opened with a simple swipe, but on computers with a mouse, it was extremely inconvenient to slide it out. Everything was aggravated by Metro applications – programs optimized for touch screens, distinguished by large interface elements and sometimes limited functionality. In addition to the fact that they looked awkward on ordinary computers, they often acted as an addition to regular programs. Users had to look for where the system parameter they needed was located – in the Metro-app “Settings” or in the standard “Control Panel”. And when you open a photo on the desktop, it was not the familiar viewer that was launched, but the Metro application “Photos”.

Another failed solution Microsoft implemented in Windows 8 was the Windows Store. It was conceived as a central place for downloading software for Windows devices, but quickly became filled with junk, and the vast majority of developers did not support Microsoft’s initiative.

Windows 8 is a product of an unsuccessful or not finished idea of ​​the developers. Microsoft wanted to take over the tablet market and create a segment of convertible laptops, but did so at the expense of the user experience for ordinary computer owners. The developers did not quickly realize the oversight, only a year later they released Windows 8.1, which eliminated the main shortcomings of its predecessor.

Bottom line: So which version of Windows is the worst?

ME is a failure, Vista is a victim of a partnership with Intel, Windows 8 is touch

If we objectively evaluate the versions of Windows, one cannot judge their advantages and disadvantages only by the user interface and elements visible to the average user – each new operating system also received significant changes “under the hood” that improved security, increased stability and opened up unprecedented opportunities.

But the key reasons for the failure of the most unsuccessful versions of Windows lie on the surface:

Twitter Spaces: Now available on desktop directly from your browser