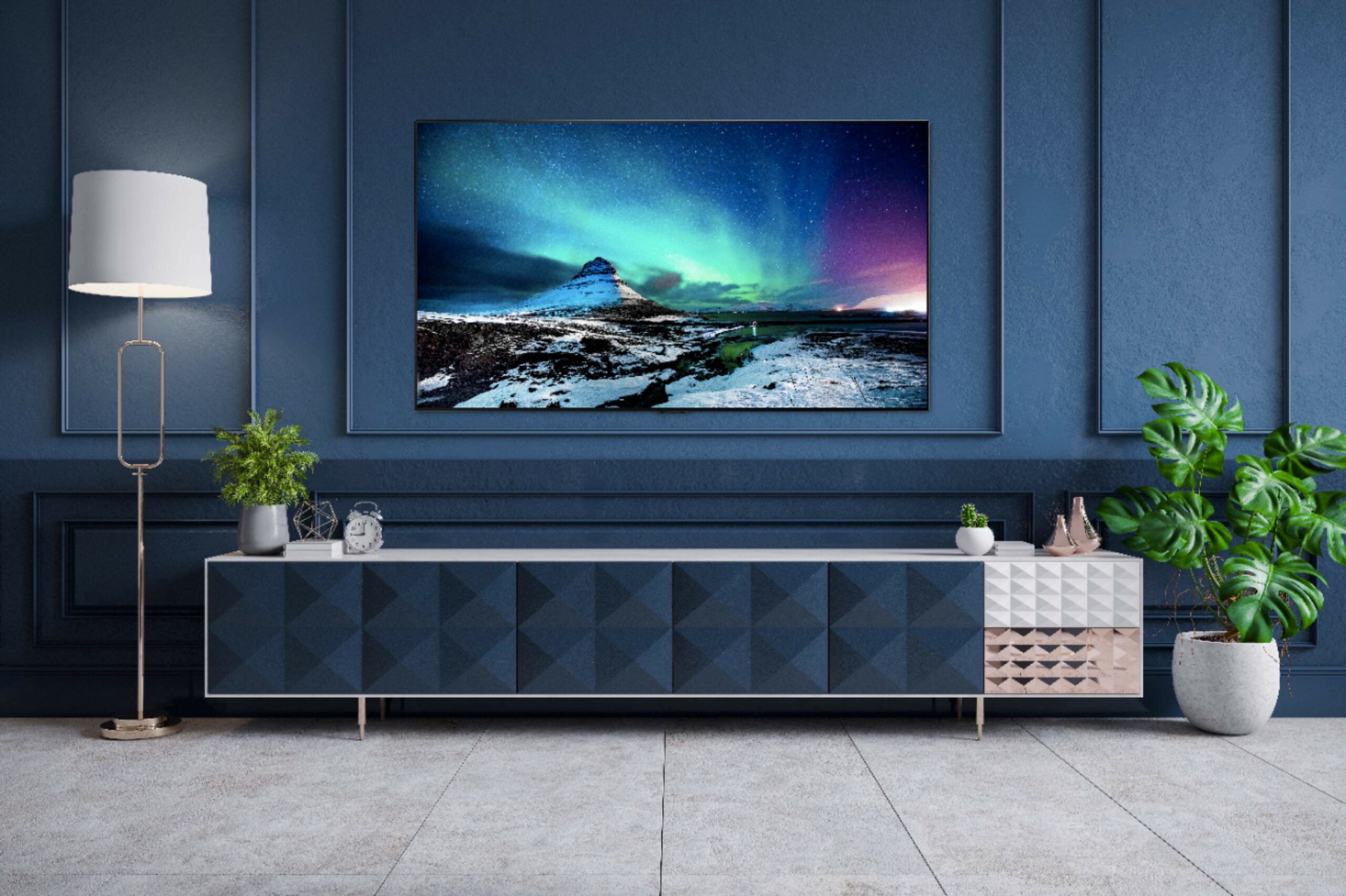 The latest OLED TV innovations for 2022 are three series of TVs. These are Sony A95K, LG G2 and Samsung S95B. Among them, Sony A95K and Samsung S95B have QD-OLED technology, which appeared in 2022 for the first time. As for the LG G2 with an OLED evo panel, we first encountered this combination in 2021.

However, the LG G1 OLED evo was not equipped with a heatsink, which should add a noticeable amount of brightness. In this regard, we can assume that we have 3 OLED TVs with updated technology. In this article, we will try to compare the Samsung S95B , LG G2 and Sony A95K in a few different ways. After that, everyone will decide for themselves which 2022 OLED TV to buy for their needs.

The LG G1 and Sony A90J were two of the best OLED TVs available in 2021. Unsurprisingly, these TV makers didn’t stop there. In 2022, Samsung joined them with the new S95B series featuring QD-OLED technology . What is the difference between these three models, and what should I pay attention to? 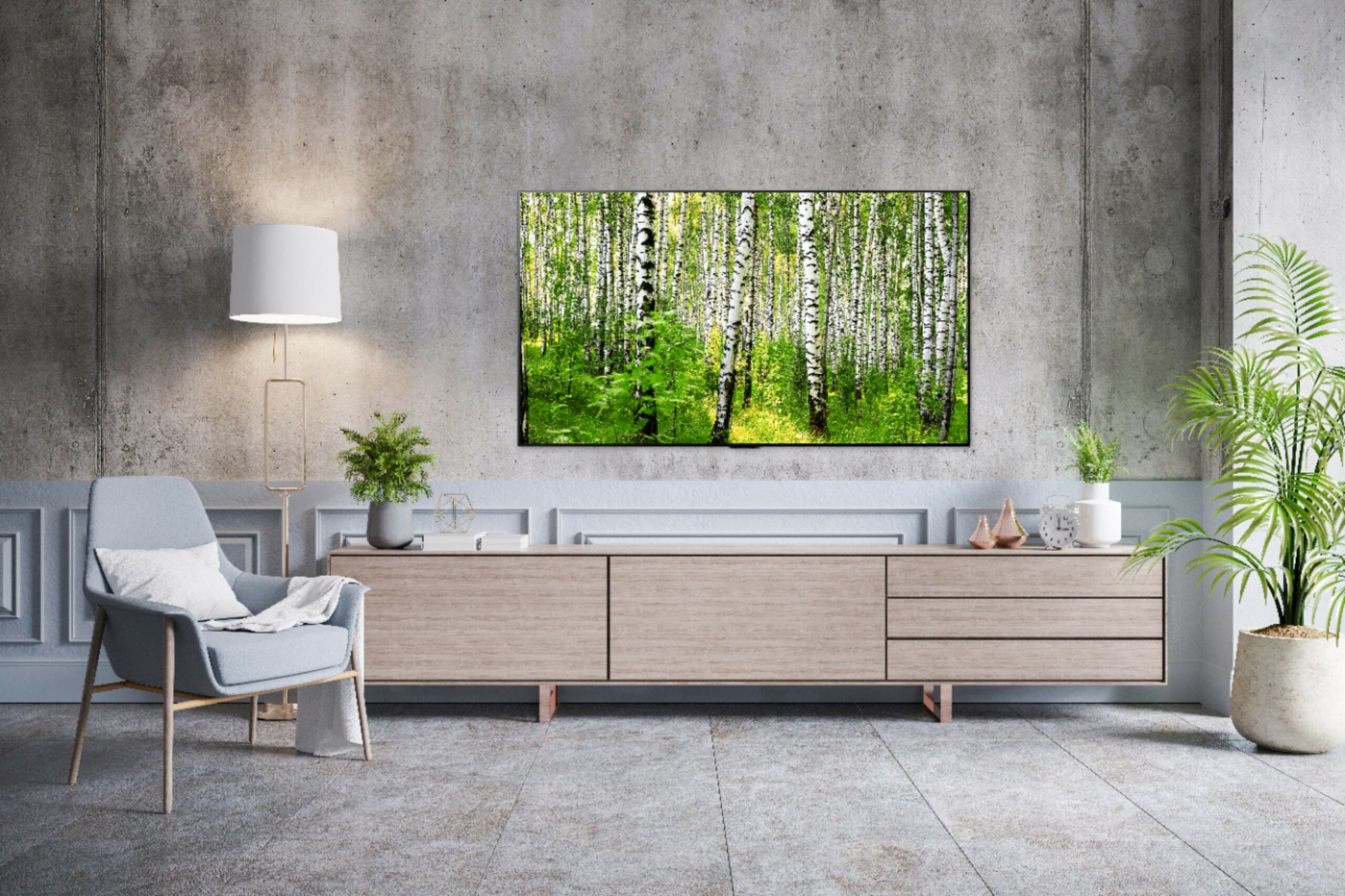 The G2 wins with new elegant sophistication and LG’s signature Gallery wall design. The frame around the screen is reduced to 6 mm. The former beveled sides are now smoother. All this makes the G2 even more elegant and futuristic than its predecessor.

LG has also switched to a new composite fiber material to connect the screen to the soundbar. Weight reduced by 6 kg compared to OLED65G1. This makes the latter design even more suitable for wall mounting. As in 2021, the G2 does not include a stand. The TV is wall-mounted. 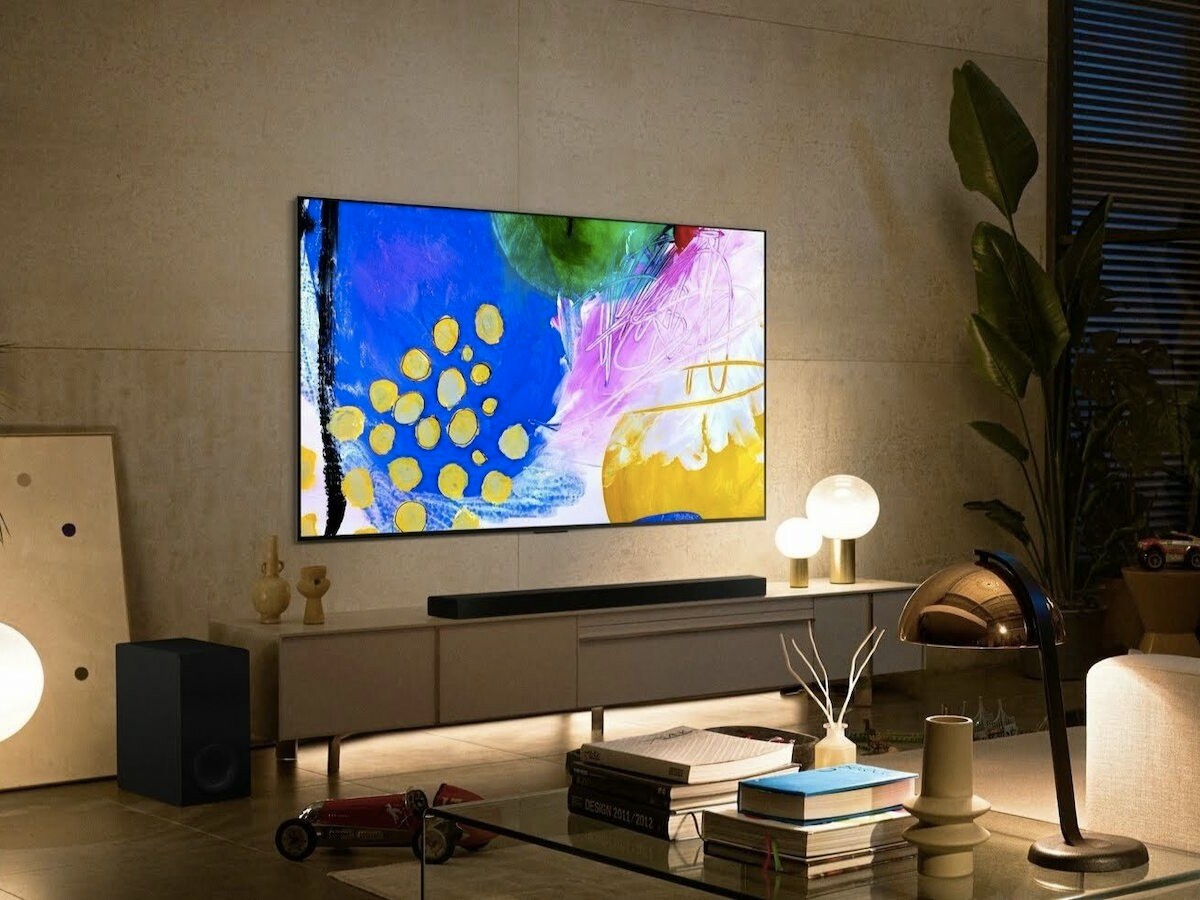 The Sony A95K features an extremely thin screen with black bezels, giving the TV a sophisticated, understated elegance. The A95K can be hung on a wall, although it’s not as designed for it as the G2. The Samsung S95B’s frameless design, dubbed “4 Bezel-less”, can also be hung on the wall, just like the A95K.

The main innovation in the G2 series is that a heatsink has been added to the configuration of last year’s Evo G1 series, giving increased brightness. This will allow the G2 to run even brighter without increasing its susceptibility to screen burn-in. Heat is the main hazard for OLED TV burn-in.

The absorption of this heat contributes to an increase in brightness. As a result, the G2 should deliver some of the most impressive and accurate high dynamic range (HDR) images we’ve ever seen in an OLED TV. The Sony A95K and Samsung S95B use a brand new OLED technology based on the Quantum Dot color system.

Previously, quantum dots have only been used in LCD TVs, including Samsung’s famous QLED TVs. Thus, we have a confrontation between a conventional WOLED TV and TVs with a QD-OLED system. QD-OLED uses a blue OLED that shines its light onto the red and green layers of quantum dots.

Removing the white pixel element from the mix allows QD-OLED to potentially deliver richer, purer, and brighter colors. In theory, QD-OLED TVs should have a wider color gamut. However, in order to see this difference, films must also be shot with an expanded color gamut.

Sony also claims that the A95K delivers better viewing angles, despite the fact that conventional OLED displays have never had a problem in this regard. As for the Samsung S95B series, unlike its two competitors, this series does not have a heatsink that increases the peak brightness.

We will not describe the processors that these three models are equipped with. Let’s just say that LG focuses more on trying to recreate the image as it was originally. Sony is more interested in making images look closer to how our eyes see the real world.

Another intriguing feature is the Sony A95K’s Bravia camera. There is no such camera on either the LG G2 or the Samsung S95B. This magnetic mount camera can control your viewing position, taking into account how close you are to the screen, and adjust the image brightness accordingly for a better viewing experience.

In this regard, the G2 has another big functional advantage over the A95K. All four of its HDMI 2.1 inputs support the full range of advanced gaming features. It’s 4K/120Hz, variable refresh rate, and low-latency automatic mode switching.

Of the four HDMI ports, the Sony A95K has only two such ports that support these functions. As for the S95B, it also has four HDMI 2.1 ports. However, the S95B series only supports frequencies up to 120Hz. Another advantage of the LG G2 in gaming mode is the availability of HDR Gaming.

Sony and Samsung do not have such a standard. On the other hand, there are not so many games that support HDR Gaming yet. As for the rest of the HDR standards, LG and Sony have Dolby Vision, while Samsung is content with HDR10+ only. LG G2 TVs have a feature that automatically reduces peak brightness slightly when in Game Mode.

This is necessary so that when using the TV in game mode for a long time, the screen does not burn out. Sony A95K and Samsung S95B do not have this feature. It is possible that TVs with QD-OLED technology do not suffer from burn-in at all. However, their panels also have organic LEDs.

On the other hand, LG provides a 5-year warranty on all of its latest OLED TVs to replace the panel free of charge if the panel gets burnt in the meantime. This of course does not mean that the work on replacing this panel will be free. However, Sony A95K and Samsung S95B do not provide such a guarantee either.

The A95K series TVs look like they have more in the audio segment than the G2 and S95B. First, Sony continues to work with Acoustic Surface technology , which has been exclusive to Sony’s OLED displays for several years. Drives located behind the OLED panel cause the TV screen to play sound. 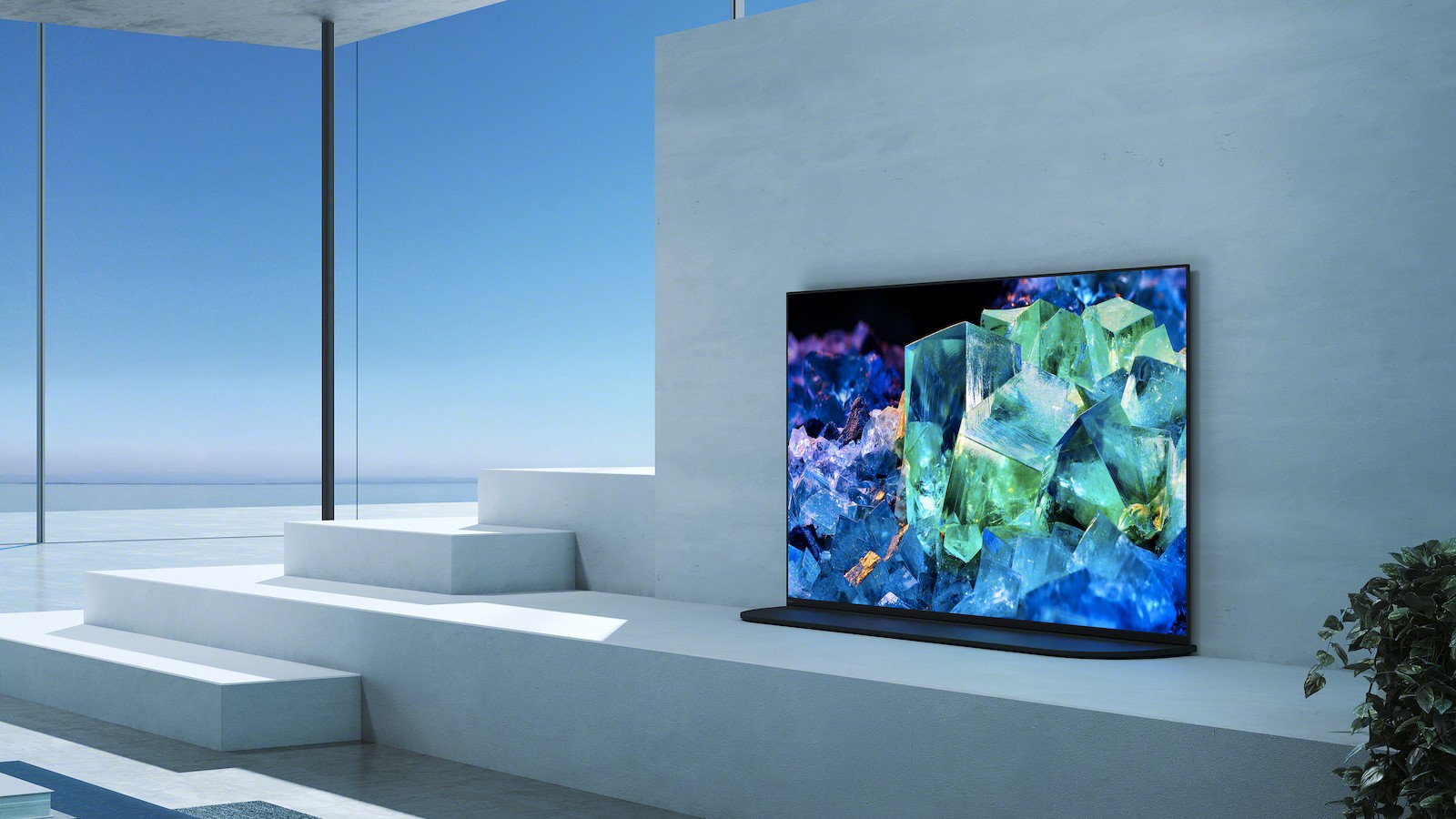 As a result, the sound is transmitted with effect. This is not the effect of the rear-mounted speakers you find on most modern TVs. The Acoustic Surface typically provides a very open, smooth mid-range and can also make sounds track the position of “noisy” objects on the screen as they move across the screen.

As you might expect, the A95K gets two 20W drives that have been optimized for the new QD-OLED panel. They work together with two 10W subwoofers to boost the bass. The G2 OLED uses a more standard audio system, with speakers built into the TV’s sleek body.

The built-in speaker system in the Samsung S95B has 2.2.2 sound. It consists of six speakers of 10 watts each. Each of the TVs in question supports Dolby Atmos audio , and also has a system for mixing stereo audio tracks so they sound more three-dimensional and Atmos-like.

However, it should be noted that only the A95K can play DTS formats. This TV also has IMAX Enhanced technology. Flagship OLED models from LG and Samsung lack these features.

Price and range of diagonals

To answer this question, you must first ask the question, how will you use it? If you need a TV mainly for gaming, then you won’t find a better option than the LG G2 today. If you need a TV with a diagonal other than 55 and 65 inches, then you should not consider QD-OLED TVs that do not have other diagonals in their range.

On the other hand, the LG G2 doesn’t have the same peak brightness as QD-OLED TVs. In other words, at high brightness levels, it cannot display vibrant colors perfectly. Instead, it boosts the white level. In addition, the LG G2 is less calibrated from the factory than the A95K and S95B. 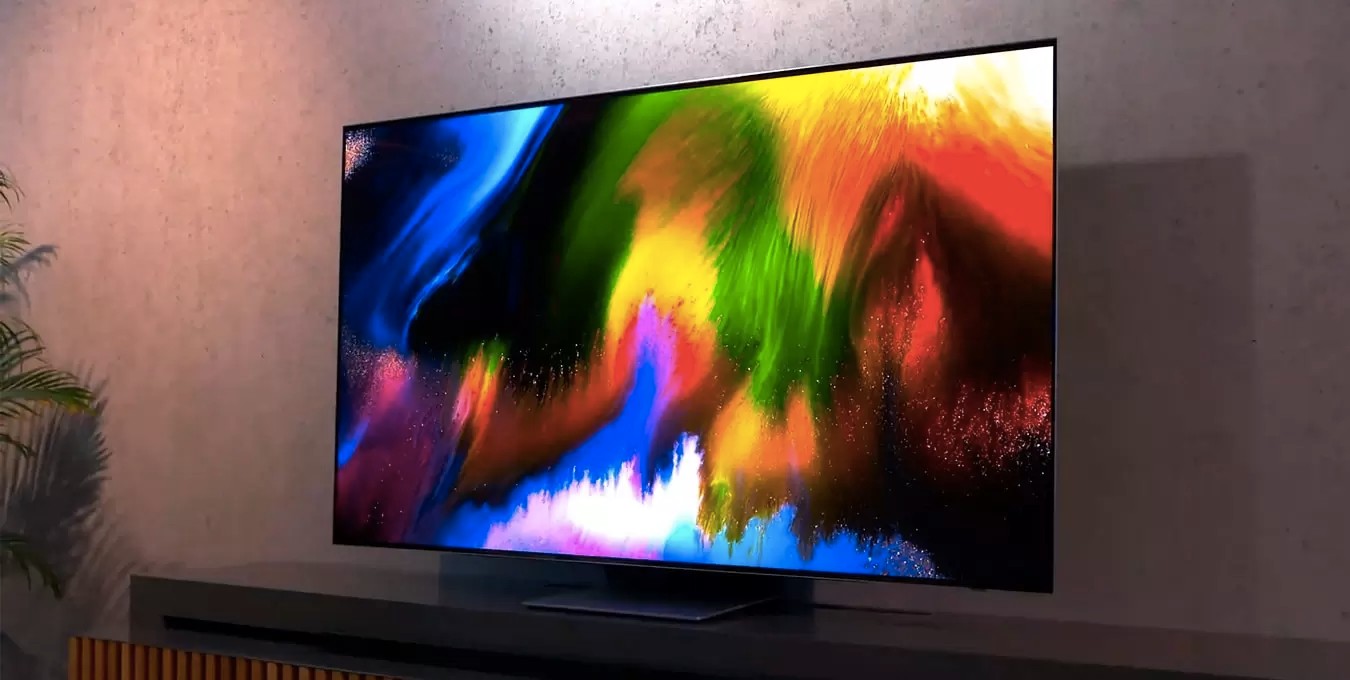 Among the three competitors, the A95K has enhanced audio performance and is likely to have the highest peak brightness. But if you look at the prices, this is the most expensive TV of the three considered in this article.

The LG G2 and Samsung S95B are about the same price. However, Samsung is going to sell its S95B TVs at a price slightly lower than LG G2 TVs. And this is also not an unimportant factor. And which OLED TV of these three would you buy?

Advertisement
X
Subscribe to get the best Tech news and reviews of the week.
By signing up, you agree to our Privacy Notice and European users agree to the data transfer policy.
Close
05/08/2022