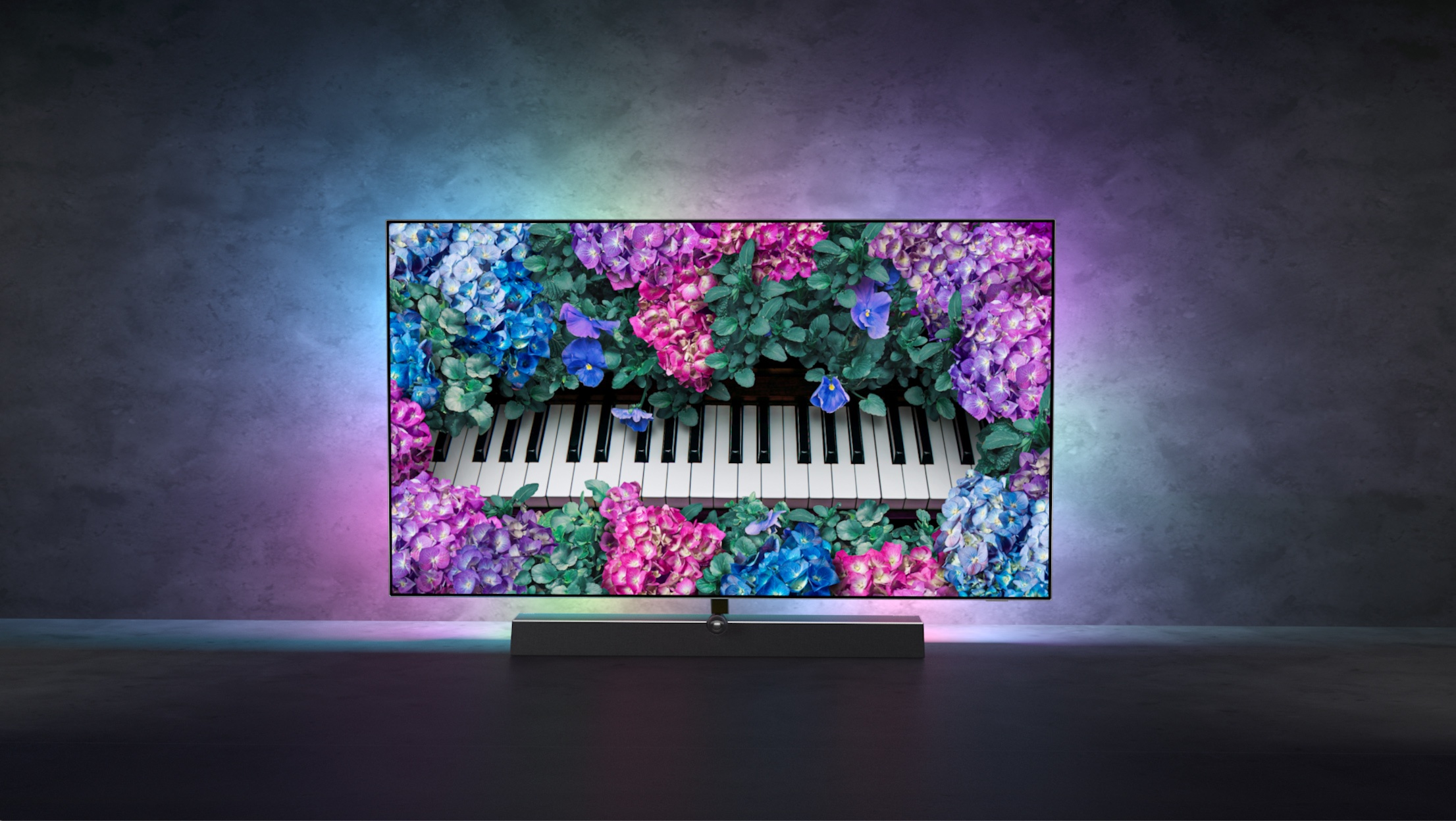 Philips has officially launched its new top TV for 2020. The new OLED935 stands out with Philips’ well-known Ambilight lights, which radiate mood-creating colors on all four sides of the TV. In addition, the Philips monitor has an integrated soundbar mounted directly below the TV. It was developed by the sound gurus at Bowers & Wilkins, with whom Philips has had a fruitful collaboration in recent years. Last but not least, this is an Android TV with lots of apps, including the upcoming Disney + app.

Kostas Vouzas, CEO of Philips TV & Sound / TP Vision presented OLED + 935 in a video stream to the press on 1 September.

Slick design with Ambilight on all sides

Philips is especially known for its patented Ambilight backlight that matches the action on the screen. The new top model has LEDs mounted on four sides. In addition, it can communicate with Philips Hue light bulbs, thus extending the mood lighting to the entire room if desired.

Philips is the only manufacturer to offer Ambilight, and the combination with the contrast-rich image quality from OLED can be a really nice sight: It is our experience after testing models such as OLED804, and not least OLED984.

The brain of OLED + 935 is the newly developed P5 AI Intelligent Dual Picture Engine, a video processor with AI technology, which analyzes and improves image reproduction according to all the rules of art.

The Philips screen supports both Dolby Vision and HDR10 +, and is thus well prepared for modern HDR video and can display services such as Netflix, Amazon Prime Video and Disney + at its best.

Philips has a permanent partnership with Bowers & Wilkins who deliver the sound reproduction on their best TVs. The integrated sound board is mounted as part of the base for table mounting, but can also be used for wall mounting of the TV.

The sound system of the OLED935 is characterized by the characteristic titanium tweeter unit at the top. This is a solution we often see on B & W’s more expensive hi-fi speakers, which is popular because it reduces diffraction and distortion from the surrounding cabinet.

The speaker uses a 3.1.2 configuration with separate left / center / right channels in addition to additional Atmos channels facing the ceiling. The speaker unit itself is located in the front of the TV to create good enough clearance so that the height effects can be reflected via the ceiling.

Philips OLED935 comes in 48 “, 55”, and 65 “versions. Norwegian recommended prices and date of availability in store have not been confirmed yet. We will update the case!

Advertisement
X
Subscribe to get the best Tech news and reviews of the week.
By signing up, you agree to our Privacy Notice and European users agree to the data transfer policy.
Close
09/01/2020