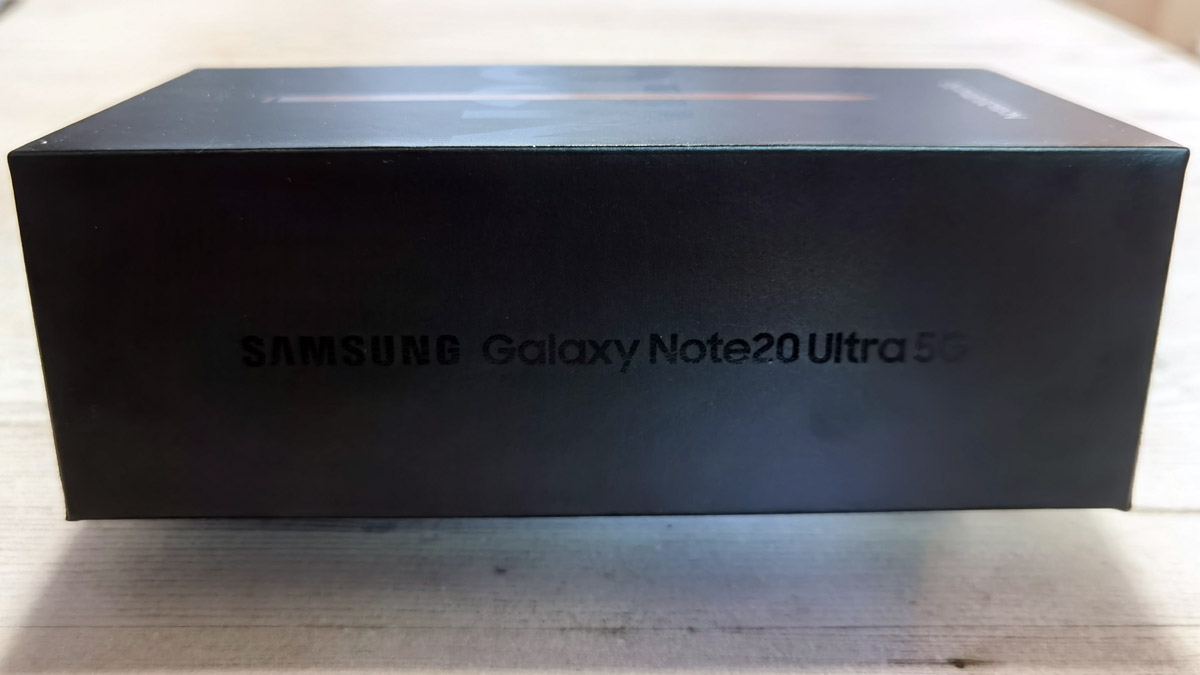 Last Wednesday, Samsung launched a complete tidal wave of new products, such as tablets, watches and earplugs. But most anticipated was probably the Samsung Galaxy Note 20 Ultra 5G, the successor to the Galaxy Note 10, which we named the premium mobile of the year. And recently we received a delivery of a small black box. As can be seen from the picture above, it is only when the light is reflected at a certain angle that you can read the entire product name. Secrecy! New packages are the best there is! (Photo: Jonas Ekelund L&B)

Well, the top is not directly discreet. But it is surprising that they are so confident in the brand that they do not feel that they need to write Samsung on the box anymore. Or even Galaxy!

In the box we find, unsurprisingly, a Galaxy Note 20 Ultra. But the rest of the content is still hidden behind tabs.

Inside, we will eventually find a quick start guide that contains useful information such as what is on the front and back of the phone. But also more useful things like where to use the key to tinker with the SIM card. Can we scrap them very soon and just run eSIM please.

To avoid complaints about the lack of a headphone output, you get a pair of AKG plugs with a USB-C connection. And a 25 watt PD charger which this time is called “Super Fast Charging”.

The copper color, which is Samsung’s signature color on the new products, really stands out from the norm and learns to attract the eye.

Samsung Galaxy Note 20 Ultra has the same main camera and ultra-wide angle as the Galaxy S20 Ultra. But the telephoto lens has 5x zoom instead of 4x and a new Laser focus that hopefully solves the focus problems that the S20 experienced.

The S-Pen has changed sides from the right where it sat on the Note 10, to the left side, which does not feel as natural for right-handers.

Now we will install test programs, walk around the city and take test pictures and run speed tests on the 5G connection.

We will return with the results on 18 August at 4 PM (CET) when the embargo on tests expires.

Advertisement
X
Subscribe to get the best Tech news and reviews of the week.
By signing up, you agree to our Privacy Notice and European users agree to the data transfer policy.
Close
08/11/2020