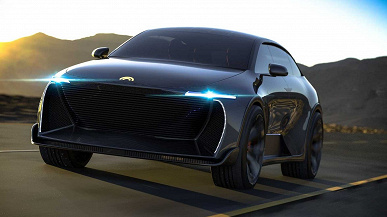 Humble Motors, a California-based startup founded in 2020, has announced the creation of “the world’s first solar-powered SUV.”

The company has released several images of a four-door, five-seat crossover / SUV called the Humble One, which will have a range of 800 km. The manufacturer plans to install solar panels on the roof and windows with a total area of ​​about 7.6 square meters, which, in ideal conditions, will be able to replenish the range of 97 km. Of course, charging from the energy of the sun will not be the main one. The car will also be able to charge at the usual gas stations for electric vehicles.

The manufacturer is working on reducing the mass of the car, the drag coefficient of which should be 0.25. In the maximum version, the engine power will be 1020 hp.

The company has already begun accepting pre-orders, offering those wishing to buy cars among the first to pay initially $ 300. Production is expected to begin in 2024, and deliveries to customers can begin in 2025.

The final price of the car will be $ 109,000, and this is the basic version without any options. Humble Motors said it has already received over $ 20 million in pre-orders.