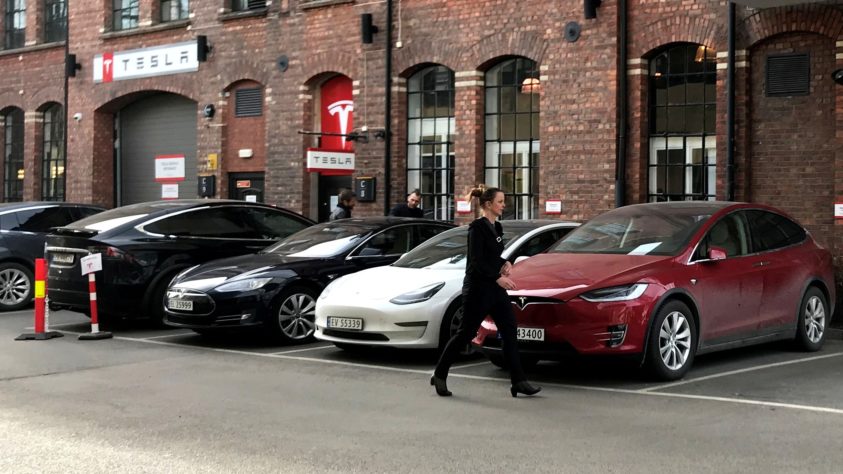 Norway is not even close to being the largest market for electric vehicles, with fewer than 5.5 million people living there. But for some time it has been Norway that has been setting more and more records for how actively electric cars are replacing cars with internal combustion engines.

And in September, Norway impressed everyone with another achievement. Think about it, 91.3% of all cars bought by ordinary people in September were electric cars! And it was electric cars, hybrids were not taken into account here. Roughly speaking, only one in 11 new car buyers chose something with an internal combustion engine, and some of these cars were hybrid.

If we talk about the Norwegian market as a whole, electric vehicles occupied “only” 77.5%. Where does this difference come from? The fact is that ordinary private traders hardly buy cars with internal combustion engines, but the corporate segment remains. Also, the segment of leasing cars is still far from such indicators: there were 51.4% of electric cars.

If we add hybrids to all-electric cars, then the market as a whole will already be 91.3%! That is, even corporations, apparently, are also buying hybrids. Unfortunately, there is no data on private owners taking into account hybrids. There, probably, it would have exceeded 95%.

You can see the market leaders here.

As for the reasons for this situation in the country, they primarily lie in the political plane. The country has embarked on a course of completely abandoning cars with internal combustion engines before anyone else in the world (already in 2025). Therefore, there are huge benefits for the purchase of electric cars and increased taxes on the purchase and maintenance of a car with an internal combustion engine. The latter becomes simply unprofitable to buy. Add in a very high standard of living and high salaries, and you have a great place to experiment like this.

As for the cries of sofa experts about the delusional use of electric vehicles in cold Norway, here, as usual, such people simply did not even open Wikipedia. Yes, Norway is located in the north. However, firstly, most of the population lives in the southern part of the country. Secondly, in coastal areas. Thirdly, there is the Gulf Stream. As a result, most of the population of Norway lives where the average winter temperature does not even reach -10 degrees. So, globally, there are no problems with the autonomy of electric vehicles.