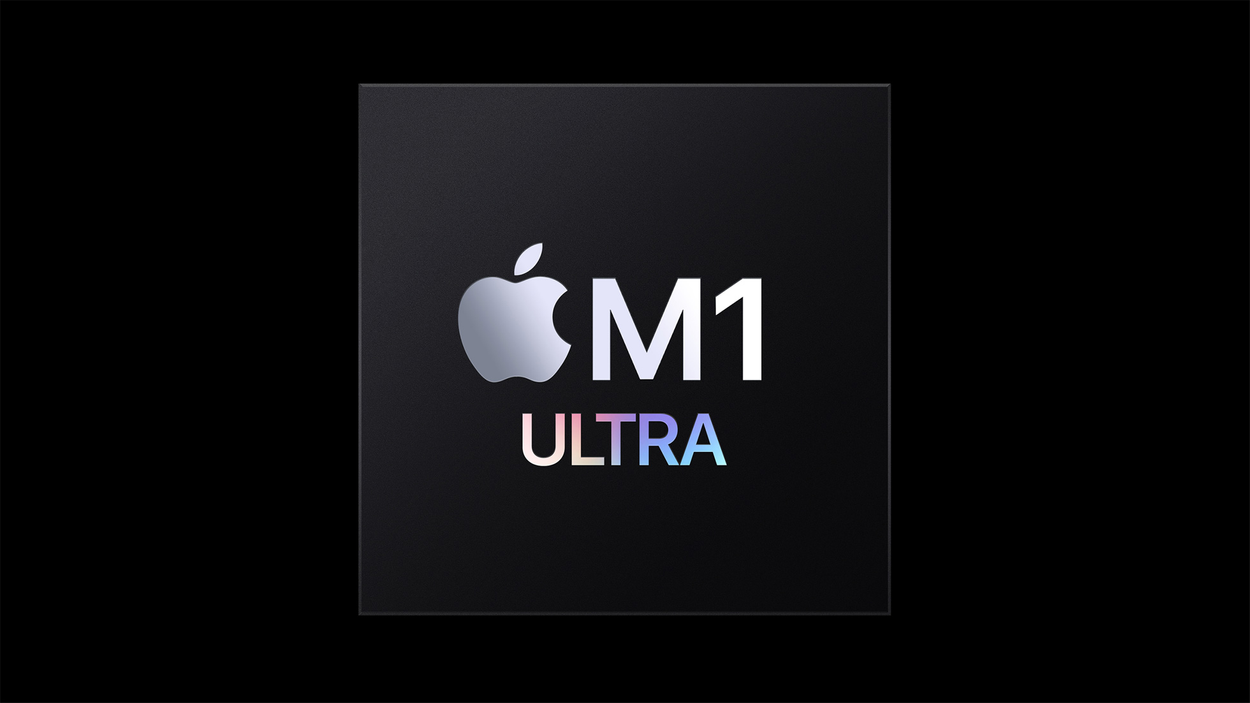 Apple today officially unveiled the M1 Ultra chip during its spring presentation, which the company called the most powerful option for Mac computers.

The M1 Ultra processor is made using a 5nm process technology, supports up to 128 GB of combined memory and includes 20 cores (16 high-performance 4 energy efficient). Also, the chip is equipped with a 64-core graphics processor. 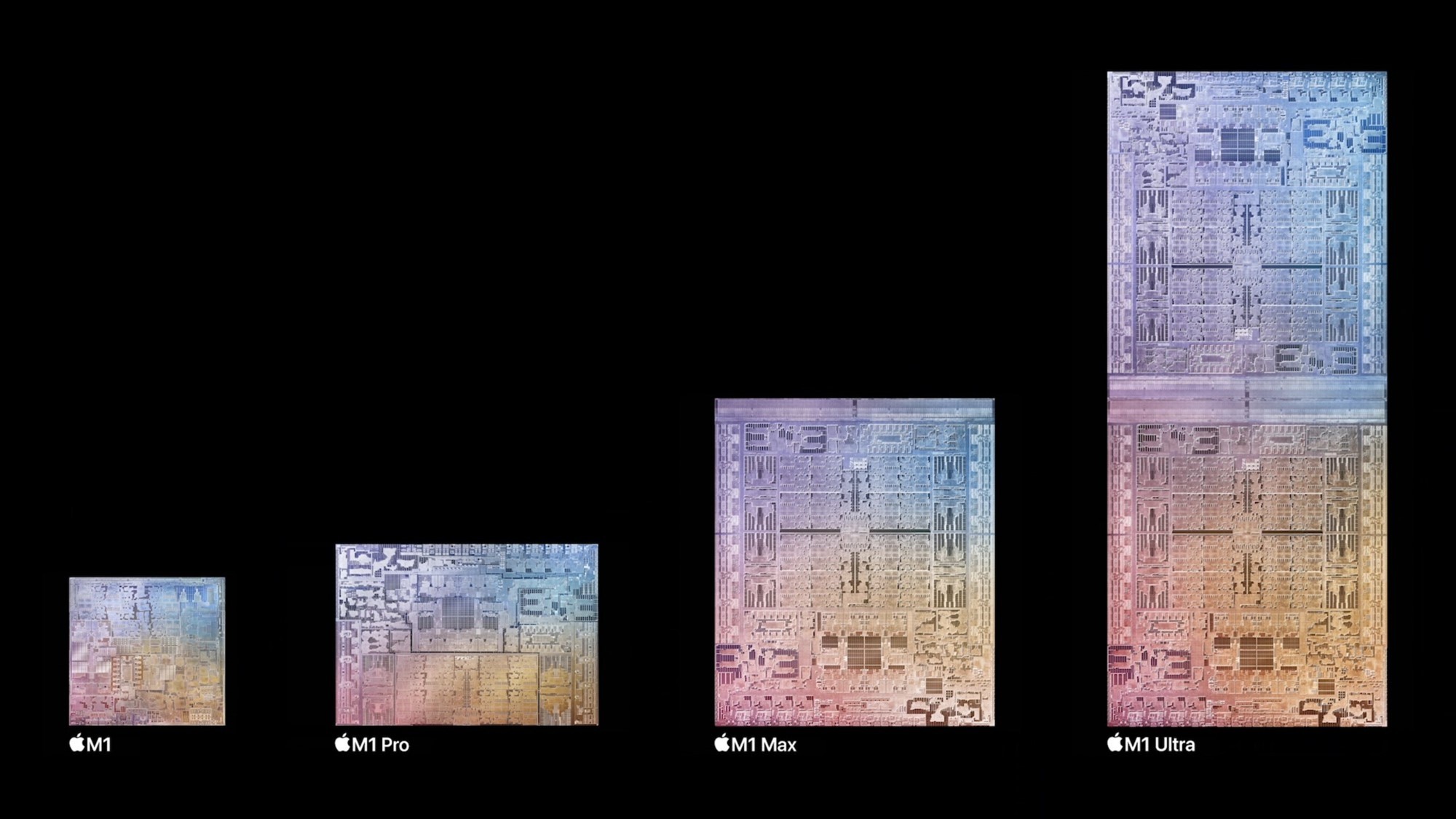 The key feature of the chip was the transition to the new UltraFusion architecture, which is actually the combination of two M1 Max chips into one bus with a bandwidth of 2.5 TB / s. This design technically allows Apple to almost double the performance of the stock M1 Max. Theoretically, the M1 Ultra is eight times faster than the M1, Apple’s first ARM processor.

The company said that the graphics core of the processor is comparable to the performance of a “flagship-class discrete GPU” while consuming 200 watts less power. Apple did not specify with which named discrete GPUs the comparison was made. 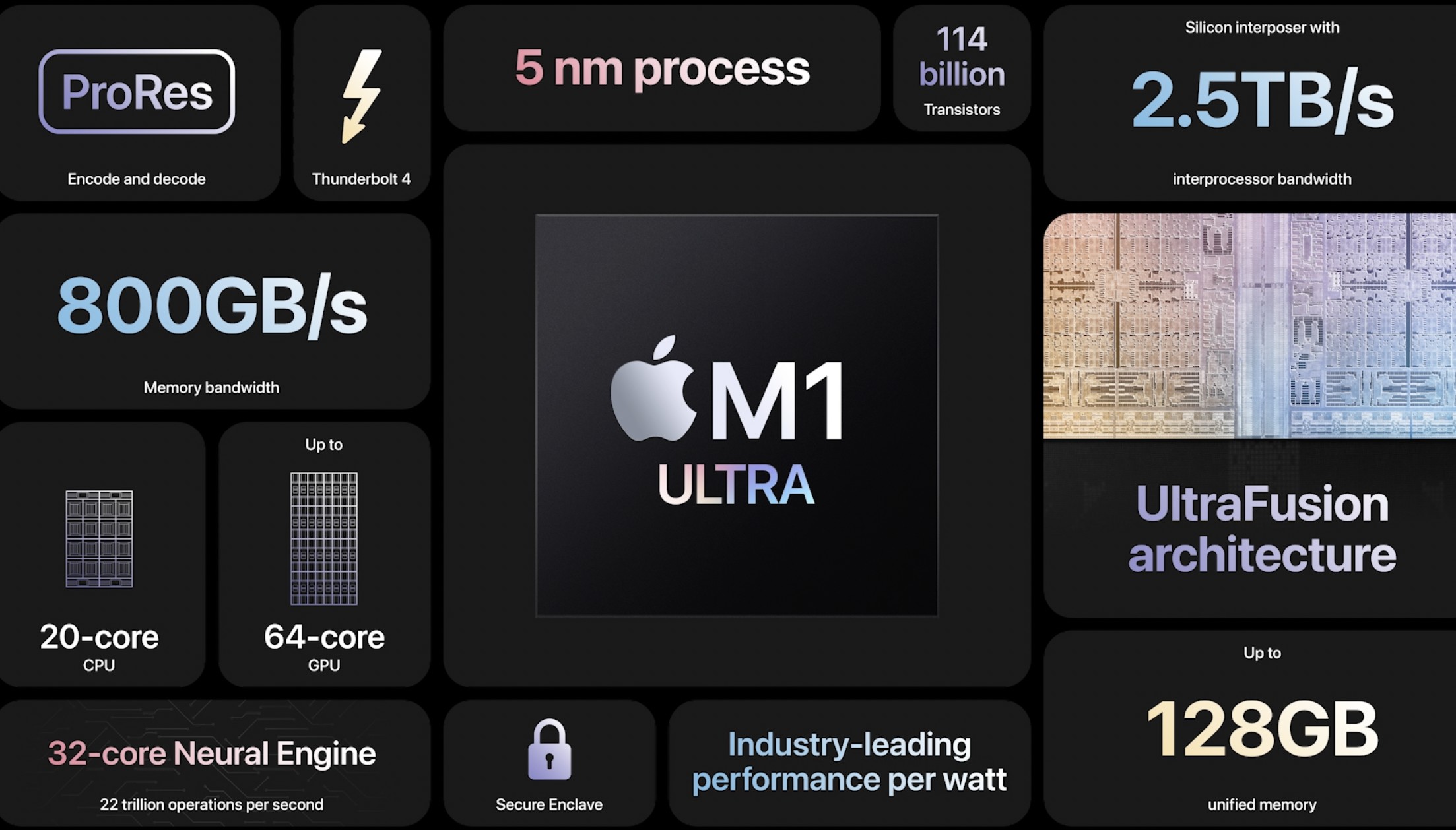 According to the company, the new processor is ideal for complex graphics applications such as video editing and 3D rendering. The company said that the first computer based on the M1 Ultra will be the Mac Studio. Its cost with this processor starts at $3999.

Also at the spring presentation, Apple introduced a new generation of the iPhone SE smartphone based on the A15 Bionic chip. New iPad Air and 27-inch 5K Studio Display starting at $1,500.

Advertisement
X
Subscribe to get the best Tech news and reviews of the week.
By signing up, you agree to our Privacy Notice and European users agree to the data transfer policy.
Close
03/09/2022