What's new on Netflix: The hottest movies and series to watch in January 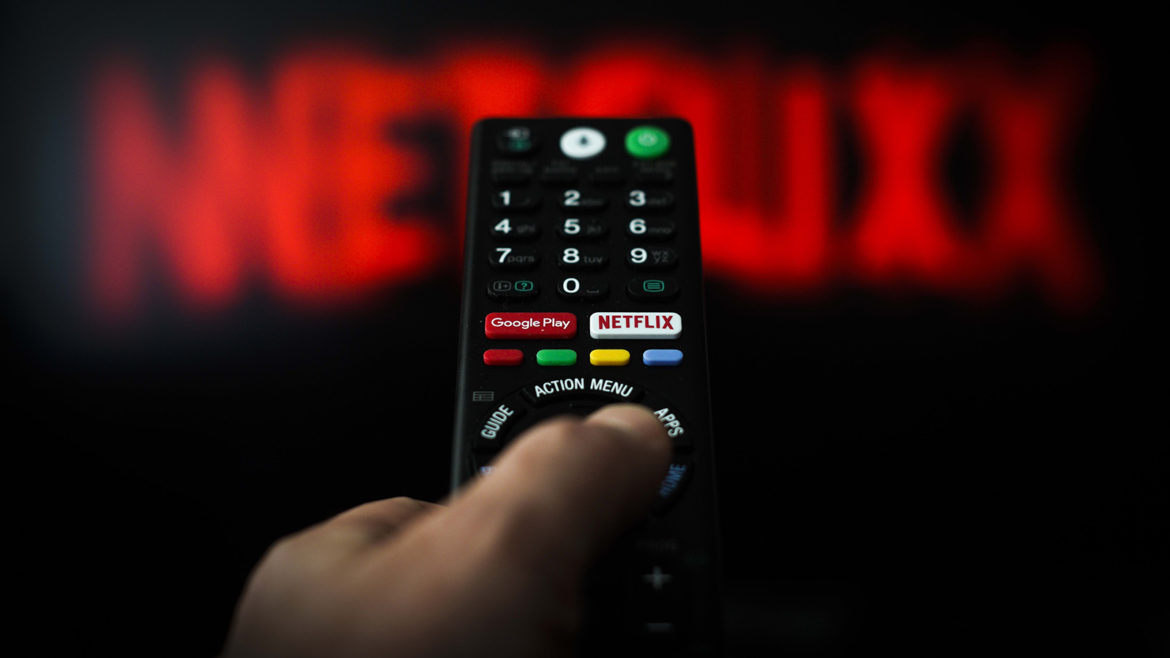 It’s a new month, so we’re talking about the news on Netflix. From original productions to licensed content, you have something to see at the beginning of this year.

At the end of 2020, Netflix withdrew from the platform the content it licensed from others. Not much, but we’re talking about popular series. Now, at the beginning of 2021, it compensates with other productions that could prove of interest.

The list of movies that can be seen on Netflix in January includes the military drama Eye in the Sky (Aaron Paul), the story of Fox News presenters who took a stand against the toxic atmosphere of the conservative TV network (Charlize Theron, Nicole Kidman and Margot Robbie) , The Walk (Joseph Gordon-Levitt) and Blade Runner 2049 (Harrison Ford, Ryan Gosling, Ana de Armas).

Depending on the broadcasting rights negotiations, other movies or series may appear during this month. It is also possible to change the publication data. In any case, that’s what we know so far. The full list is below.

Everything you’ll see new in January on Netflix

January 1, 2021
Monarch: Season 2
Localized title: Monarch: Season 2
The Carranza brothers are dealing with a new enemy, their cousin Sofía, and the actions of the past threaten to destroy the future of the Monarch empire.

January 1, 2021
The Minimalists: Less Is Now
Localized title: Minimalism: Less means now
They have turned minimalism into a real movement. Friends of a lifetime, Joshua Fields Millburn and Ryan Nicodemus show us that life can be better with less.

January 1, 2021
What Happened to Mr. Cha?
Localized title: What happened to Mr. Cha?
An actor with a long career in decline clings to his past glory. But something suddenly awakens him to reality and forces him to face what he has become.

January 2, 2021
Asphalt Burning (Børning 3)
Localized title: A crazy race 3
His wedding is on hiatus, so Roy accepts the challenge of a new enemy to compete for his bride in the legendary Nürburgring car racing circuit in Germany.

January 5, 2021
History of Swear Words
Localized Title: The History of Swearing: Season 1
A new obscene and noisy series that explores the origins, use in pop culture, scientific aspects, and the impact of swearing on society.

January 6, 2021
Tony Parker: The Final Shot
Localized title: Tony Parker: The Last Throw
This documentary examines the past and career of Tony Parker, who became one of France’s most important basketball players due to his determination.

January 7, 2021
Pieces of a Woman
Localized title: Fragments of a woman
After a tragic birth at home, a woman isolated from her partner and family through a deep abyss created by grief struggles with the deep emotional consequences.

January 8, 2021
Lupine
Localized title: Lupine: Part 1
Inspired by the adventures of Arsène Lupine, the thief gentleman Assane Diop wants revenge on his father, a victim of an injustice caused by a rich family.

January 8, 2021
Mighty Little Bheem: Kite Festival
Localized title: Little Bheem: The Dragon Festival
Leaving the winter behind, Bheem and the people of his town happily welcome a new sunny season as they like during the Makar Sankranti festival.

January 8, 2021
Pretend It’s a City
Localized title: Let’s say it’s a city: Miniseries
Writer Fran Lebowitz discusses life in New York from the perspective of the reader and the incisive observer of changes in the city and contemporary culture.

January 11, 2021
CRACK: Cocaine, Corruption & Conspiracy
Localized title: Crack: Cocaine, conspiracy and corruption
During a recession, a powerful and cheap drug appears, which causes a moral panic, fueled by racism. Follow the complex history of cocaine in the 1980s.

January 13, 2021
Night Stalker: The Hunt for a Serial Killer Local
Title: The Night Killer: The Search for a Serial Killer
Under the brightness of sunny 1985 Los Angeles lurks a tireless and evil serial killer. Two detectives are determined not to give up before capturing him.

January 14, 2021
The Heartbreak Club
A cafe on the verge of bankruptcy comes to life when the owner meets love, but it doesn’t last. Should a broken heart be exactly what it needed?

January 15, 2021
Bling Empire
Localized title: Empire of success: Season 1
In this reality show in the series, rich Asian and Asian Americans from LA get their heads around parties, having some shine and intense drama.

January 15, 2021
Double Dad (Pai Em Dobro)
Localized title: Dad squarely
As her mother leaves the country, an 18-year-old girl who has lived all her life in a hippie community sneaks into the real world, hoping to find the father.

January 15, 2021
Outside the Wire
Localized title: Deadly Zone
In the near future, a drone pilot sent to a war zone wakes up in a team with an android officer on a mission to prevent a nuclear attack.

January 20, 2021
Daughter From Another Mother (Madre solo hay dos)
Localized title: Only two mothers: Season 1
Two very different women form a strange family after discovering that, by mistake, their children who are 6 months old have been reversed to birth.

January 20, 2021
Spycraft
Localized title: Secrets of espionage: Season 1
This series presents the gadgets used throughout history in the great cases of espionage, the people who designed them and the agents who used them.

January 21, 2021
Call My Agent !: Season 4
Localized title: Ten percent: Season 4
In this fourth season, the agents from the top company ASK in Paris return with Andrea at the helm, while the agency is in a situation difficult.

January 22, 2021
Blown Away: Season 2
Localized title: Blow the bottle while it’s hot: Season 2
The hot workshop has opened! A new series of glass artists have 10 dynamic challenges, competing with each other and fighting with the heat and the timer.

January 22, 2021
Busted !: Season 3
Localized title: You are the culprit !: Season 3
Famous detectives solve less important cases, which lead to a larger mystery in season 3 of this hybrid between reality show and show-contest.

January 22, 2021
Jurassic World: Camp Cretaceous Season 2
Localized title: Jurassic World: Cretaceous Camp: Season 2
Still fleeing from the dinosaurs, the teenagers in the camp hope to find their salvation when they meet a group of tourists. But things are not as they seem.

January 22, 2021
So My Grandma’s a Lesbian! (Salir del ropero)
Localized title: Confessions
Her grandmother decides to marry her best friend named Celia, and Eva is worried about what her fiancé and his conservative family might think.

January 22, 2021
The White Tiger Local
title: White Tiger
Employed by a wealthy family, an ambitious Indian driver uses his intelligence and cunning to escape poverty and become an entrepreneur. Based on a successful novel.

January 25, 2021
We Can Be Heroes
Localized title: We will be heroes
Alien invaders capture superheroes from Earth, and their children must learn to work together to save their parents and the planet.

January 26, 2021
Snowpiercer: Season 2 Local
Title: Snow Express: Season 2
This is a new season of post-apocalyptic drama in which the Earth froze and the last surviving humans live on a huge train around the globe.

January 29, 2021
Finding ‘Ohana
Localized title:’ Ohana: The Hidden Treasure
Two Brooklyn brothers spend the summer on the island of Oahu and find a diary about a lost treasure, which takes them on an extraordinary adventure with new friends.

January 29, 2021
We Are: The Brooklyn Saints
Localized Title: We Are Brooklyn Saints: Season 1
The series is about the lives of young football players and their coaches who are struggling to survive in extremely low odds.

January 29, 2021
The Dig
Location title: Site
When a wealthy widow hires an amateur archaeologist to dig graves at her property, the two make a discovery that changes history.

January 31, 2021
The Uncanny Counter
Localized title: Demon Hunters: Season 1
After working during the day in a local restaurant, at night the demon hunters use their special abilities to chase the evil spirits that attack people.

50M2
Localized title: 50 m²: Season 1
After betraying his bosses, a paid assassin hides in an abandoned tailor’s shop. There he is confused with the son of the former owner, whose identity he assumes.

Bonding: Season 2
Localized title: Close: Season 2
With no money and excluded from all the dungeons of pleasure in New York, the two good friends Tiff and Pete try to rebuild their reputation in the community.

Cobra Kai: Season 3
Localized title: Cobra Kai: Season 3
After the conflict between the dojos, Daniel looks for answers, Johnny, forgiveness, and Kreese manipulates his students. This season, the stakes are the fate of the students and the senses.

The Netflix Afterparty
This is a weekly comedy show, where comedians, cast and creators come to discuss the most spectacular shows and movies. The show’s hosts are David Spade, Fortune Feimster and London Hughes.