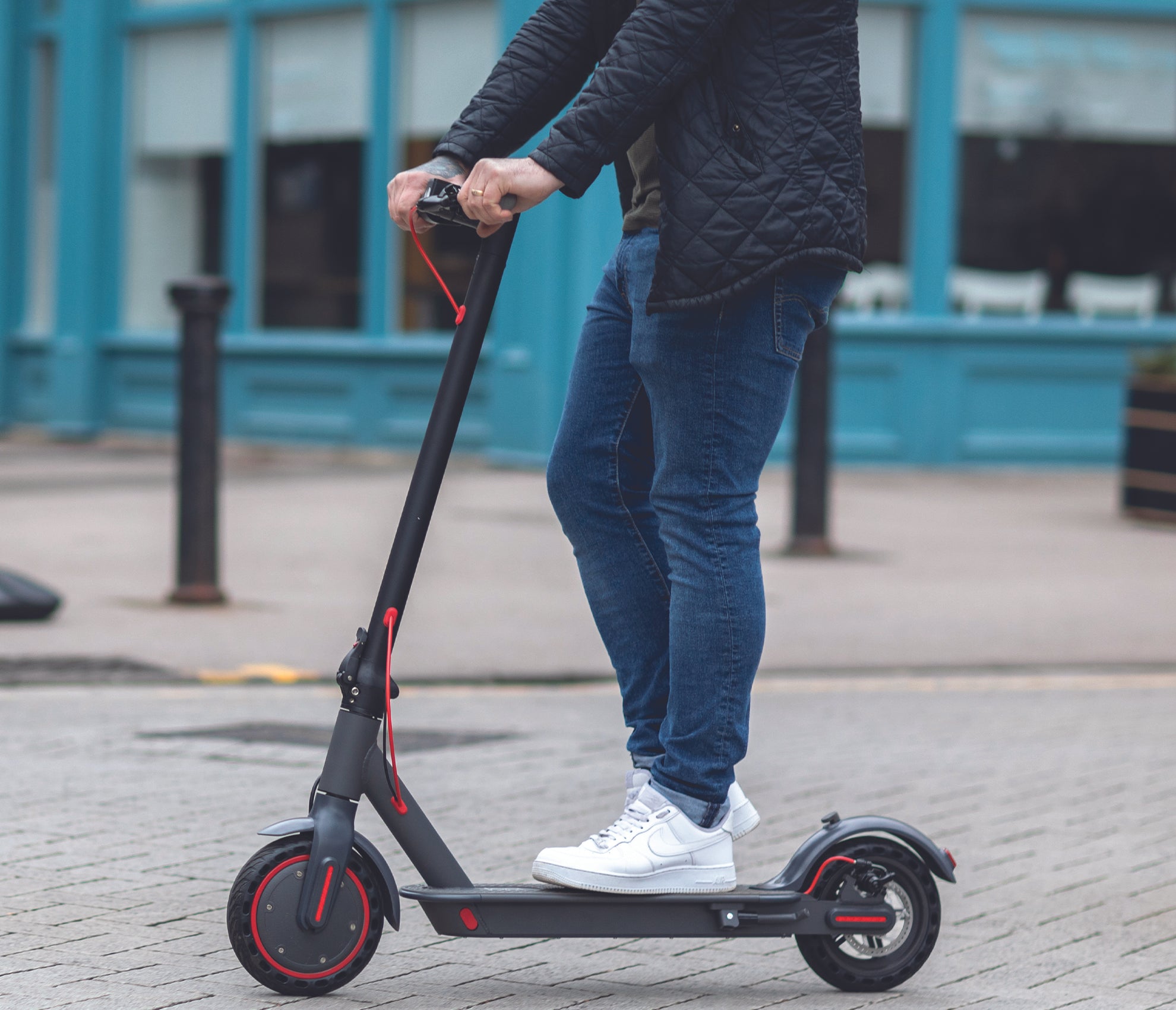 The AOVO M365 Pro is a budget electric scooter that at first glance may seem like another imitation of the Xiaomi Mijia M365 Pro, and we can’t blame anyone, because it even has a similar name, but in reality it is a solid alternative that comes for a price similar to the latter, with superior power and speed as an incentive, so it is worth at least 5 minutes of our attention.

A minimalist, elegant and folding scooter

The AOVO M365 Pro is a discreet cut scooter, which uses 8.5-inch fully solid wheels to move. The body is made of aluminum alloy and finished in black with dark gray. 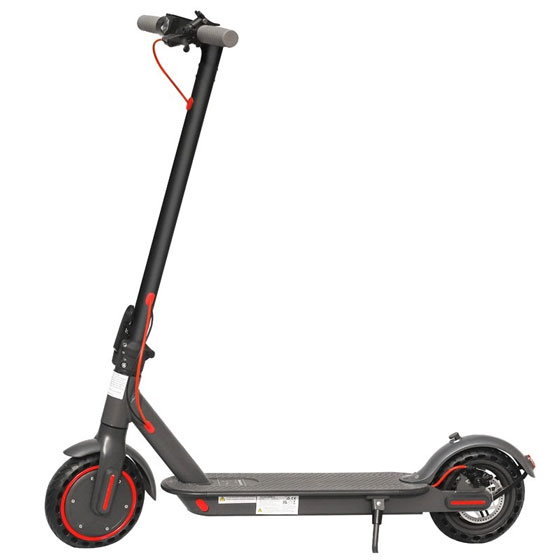 If we detail it, we will find an LCD screen in the middle of the handlebar, a front LED headlight and brake lights, so driving at night will not be a problem. Meanwhile, the battery is protected in the base.

In short, it is a light scooter, weighing just over 12 kilograms, so carrying it by hand will not be a problem, especially considering that the handlebar tube can be folded to save space. 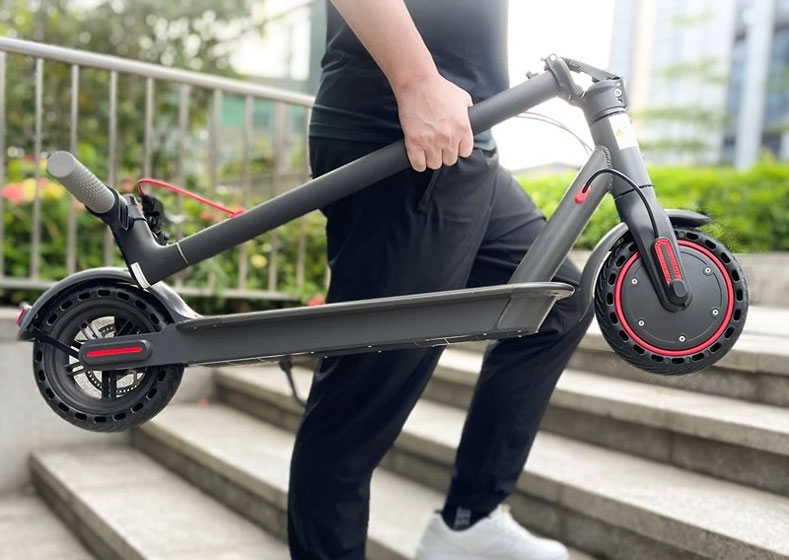 To complement the set and prove its resistance, the AOVO M365 Pro boasts an IP65 waterproof rating , so you can use it even in the rain.

Like most of the scooters in this range on the market, the AOVO M365 Pro has a 350W motor , which gives it a small advantage over the Xiaomi model with which it intends to compete.

The scooter reaches a top speed of 35KM/h in sport mode, 25KM/h in standard mode and 20KM/h in eco mode . We can switch between the different modes using the buttons next to the screen, but there is also the option to enable cruise mode, which keeps our current speed fixed. 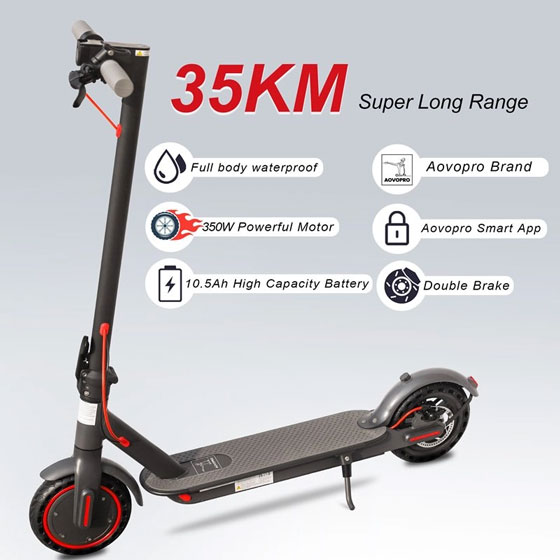 Regarding its power, it is also worth mentioning that the AOVO M365 Pro can support a maximum load of 120KG and climb slopes with a 20° incline. Also, to stop safely we have electric front and rear disc brakes.

Something that we did not expect to see in this model is the inclusion of a companion app to check data on our mobile such as the current speed, the selected mode and the percentage of remaining battery, we can even consult an estimate of how many more kilometers we can travel. The app is called AOVOPRO and is available for both iOS and Android. 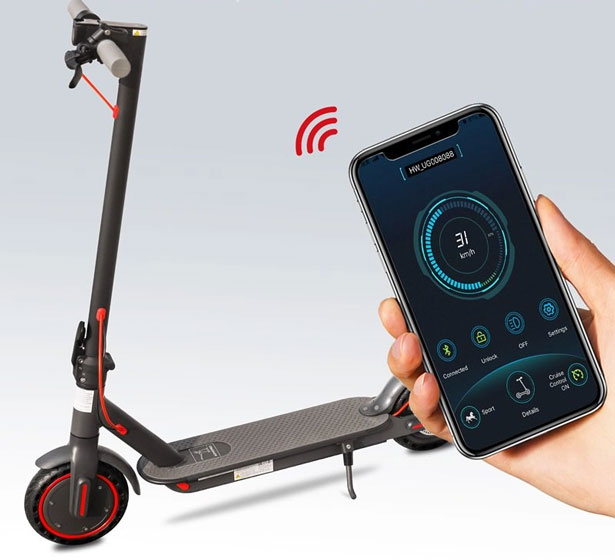 The 36V/10.5AH battery promises a maximum range of 30-35KM on a full battery charge, which takes 4-5 hours to recharge to 100%. They are not surprising figures, but for the price it was to be expected.