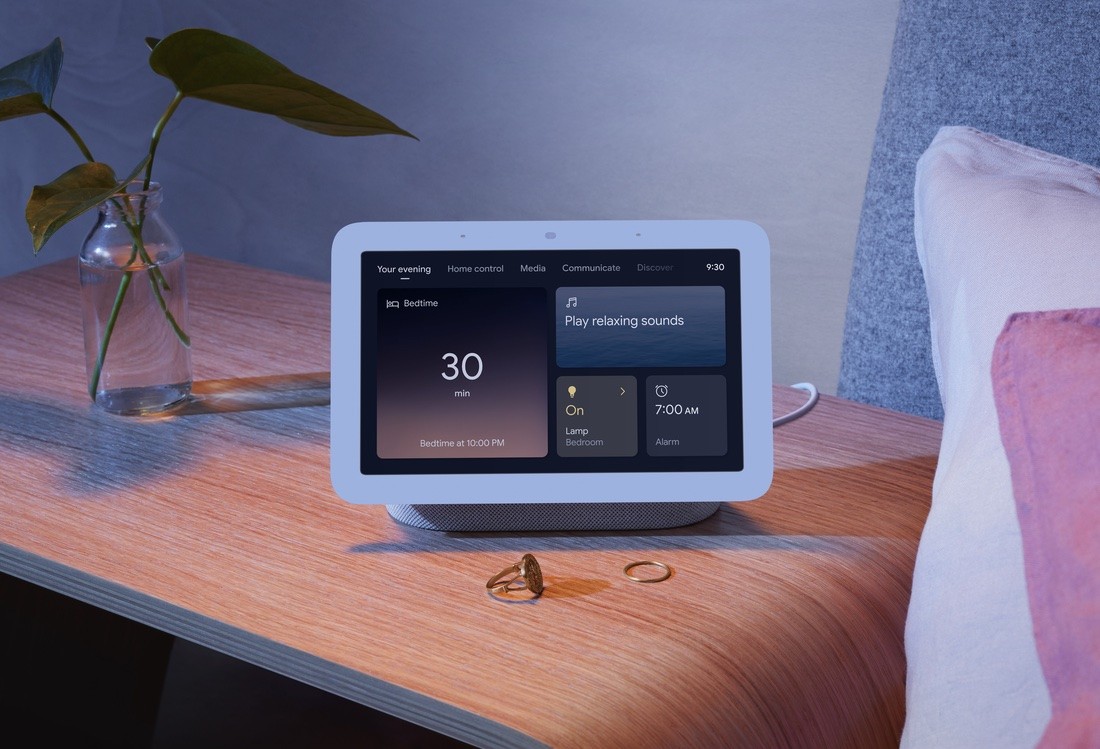 Soli is the development of the Advanced Technology and Projects team (ATAP), known primarily for the Project Ara modular smartphone , which ultimately never made it to the market. This is a radar that operates on millimeter radio waves (the chip uses the 60 GHz mmWave frequency band).

The technology has previously found application in  LG smartwatches as well as smart clothes: the  first  and  second generations of the Jackard smart jacket, co-launched with Leviʼs. Then she moved to Pixel smartphones – in Pixel 4, she provided the motion Sense touchless gesture control function.(thanks to her, the phone understands hand waves and sees the owner approaching), but already in the Pixel 5, Google abandoned Soli in phones, since it made the devices too expensive.

Instead, Google has taken a course towards Nest products. Previously, Soli found use in the Nest Thermostat, where it is used for gesture control, and now the Nest Hub has received the Soli system. The new smart display model is also capable of recognizing some gestures, including music control. But the main purpose of the radar is different – tracking sleep. This is the key feature of the new model. Now, when it comes to consumer electronics, this functionality remains the domain of smartwatches and fitness trackers. At the same time, the degree of accuracy of phase tracking by smart watches remains a controversial topic , and not everyone is comfortable sleeping in smart watches, which still need to be charged (usually they do it just at night).

Built into the new Nest Hub, Soli radar tracks the sleeping person’s body movements and breathing rate by reflecting radio waves. The user needs to position the device near the bed so that the upper half of his body is in the radar field of view. At the first start, you will also need to calibrate the device – mark your part of the bed so that the radar ignores your partner. The device also records coughs and snoring – this data is processed locally without sending it to the company’s external servers.

All collected data is processed using proprietary algorithms, systematized and presented in a digestible form with graphs and diagrams in the proprietary application. Through the application, the user can not only assess the quality of sleep by several metrics, but also receive recommendations for improving the regime. Until the end of the year, all these features will be available for free, but Google has not yet said how much the service will cost after the end of this test period. In the future, some of Fitbit’s sleep tracking capabilities ( it has recently been owned by Google ) will also migrate to it .

The new Nest Hub largely inherited the design of the original model, but there is a new light blue color (Google calls it Mist), in addition to the light pink, light gray and dark gray options.

Google is talking about improving the design of the bezel around the screen – it is now flush with the rest of the bezel, which should make cleaning easier. At the same time, the screen itself remains the same – a 7-inch LCD touch panel with a resolution of 1024 × 600 pixels. The light sensor is still there, so the smart display is still able to automatically adjust the picture based on lighting conditions.

Other enhancements include a larger 43.5mm speaker, which manufacturers promise 50% better bass response, as well as a third microphone and a dedicated machine learning chip to enhance voice command processing capabilities. The new Nest Hub will remember the most frequently used commands over time so that it can be processed locally and answered faster.

Finally, the new Nest Hub has a faster processor and support for Thread  and  CHIP networking protocols , which allows it to act as a hub for smart devices from other manufacturers and platforms. Thread and CHIP support will be added in a future firmware update.

Starting March 16, the new Google Nest Hub can be pre-ordered from the official Google online store, with actual shipments of smart displays starting March 30. Its cost in the US is $ 99. In Ukraine, Google Nest Hub, like other Google devices, will not be officially sold. But if you want to order it will not be a problem, given that its price does not exceed the duty-free limit.

DJI FPV Combo: Opens the door to a world of new experiences