LG PuriCare: Face mask with speakers and a microphone 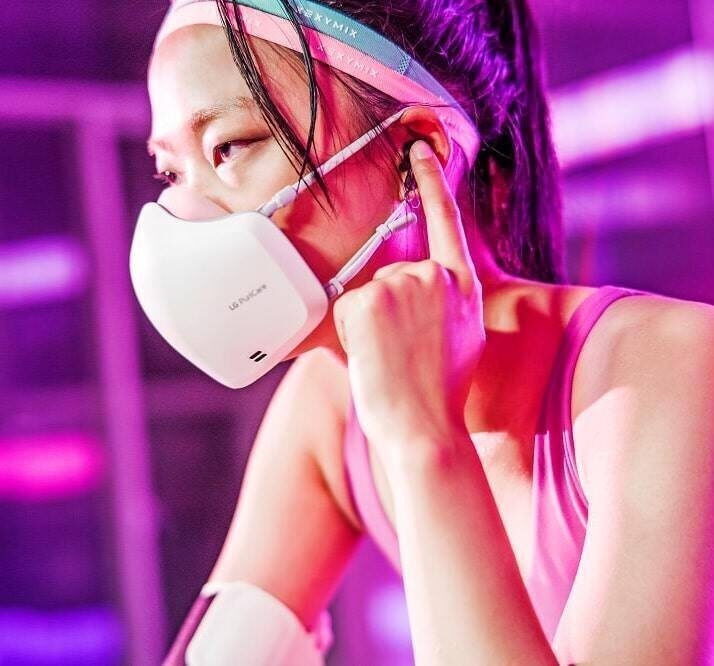 The latest modification of the LG PuriCare Wearable Air Purifier will feature a microphone and speaker. At the same time, the functions of the device have nothing to do with the “pandemic headset” MaskFone – the novelty is designed only to allow you to breathe purified air and talk freely.

PuriCare Wearable Air Purifier is an individual air filtration device, it uses the proprietary PuriCare purification technology, but in a portable version. In the original version, it was just a HEPA air purifier in a “mask” design.

The device cleared the air quite well, practically without complicating breathing, but it turned out to be difficult to talk in it. Now this problem has been solved – a microphone and a speaker have been added to it. The computerized VoiceON system distinguishes voice from breathing, so everything looks (and hears) normal from the side of the interlocutors.

The manufacturer kept silent about the degree of protection of PuriCare Wearable Air Purifier from SARS-CoV-2, the virus that causes COVID-19. But it is known that HEPA filters in the mask trap up to 99.7% of these viruses.

The LG PuriCare Wearable Air Purifier will be available in August, with sales starting in Thailand first. The cost of the device has not yet been announced.