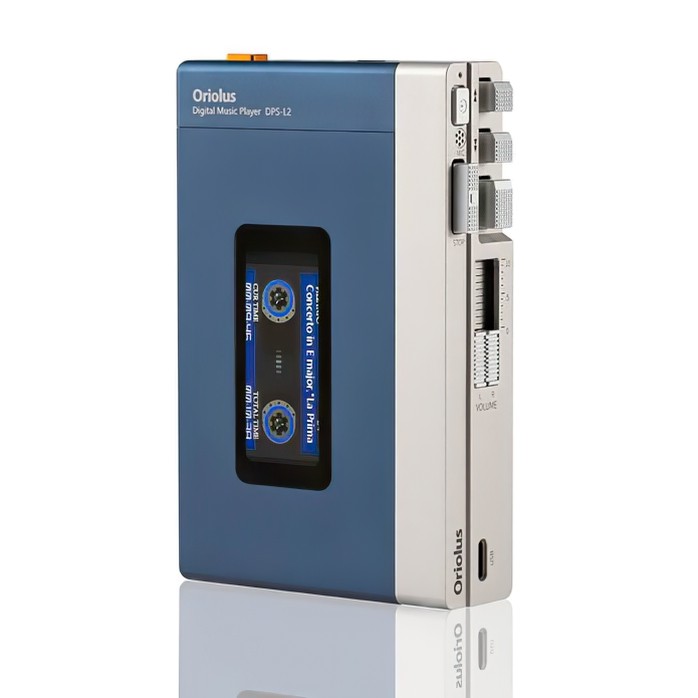 Moreover, all mechanical keys work and have virtually the same functions as in the original. Start, pause, stop, rewind, and even the potentiometer sliders for channel-by-channel volume control work exactly the same as in the cassette predecessor. Even two 3.5 mm jacks for connecting two pairs of headphones are retained, a 4.4 mm jack for balanced connection has been added to them. The large orange button is responsible for the Mute function. The hinged cassette compartment lid gives access to several additional keys as well as a 2.4-inch screen. On which, of course, the animation of a rotating cassette is played when playing files. The built-in battery has a capacity of 5000 mAh, a USB-C port is provided for connecting to signal sources and charging. The DAC block is made on the top- end ESS Saber ES9038 Pro chip , and the output stage is built on the OPA1612 op-amp . The player’s wireless capabilities are limited to Bluetooth, which allows it to be controlled via the HiBy Link app . The retail price of the Oriolus DPS-L2 is 1,800 euros .