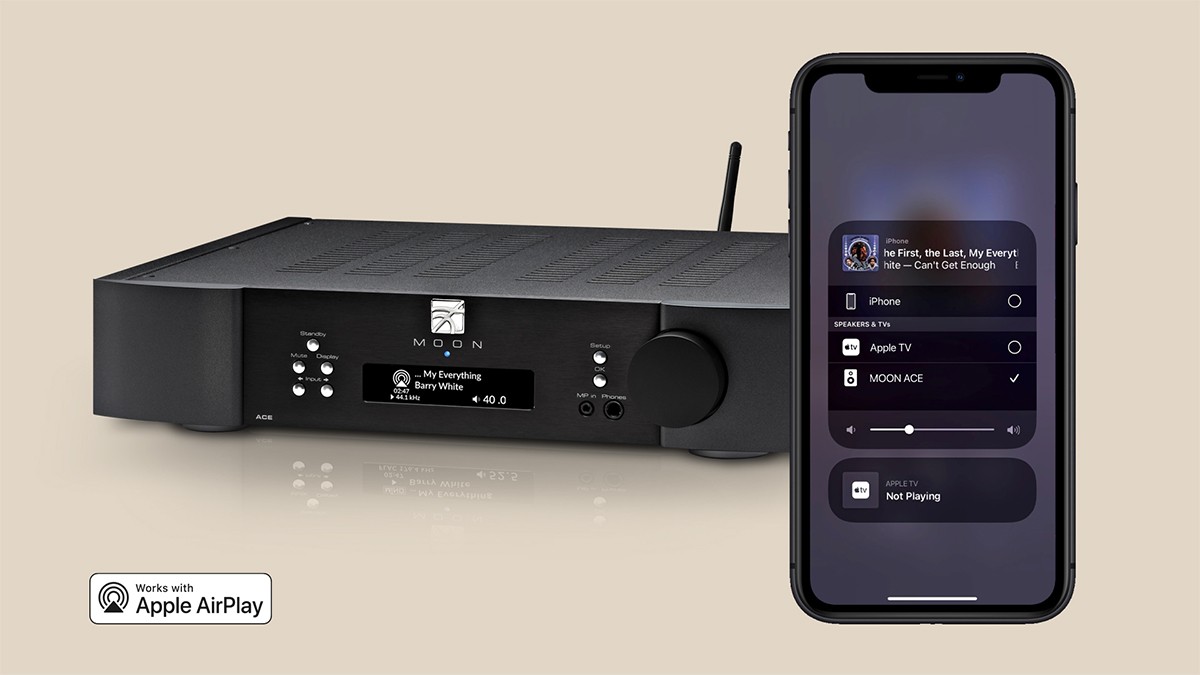 Simaudio announced the compatibility of Moon network components with Apple AirPlay 2 wireless technology . In addition to the proprietary application for mobile gadgets Mind, you can use, for example, the voice assistant Siri .

With the introduction of Apple AirPlay 2 compatibility, streaming music to Moon network components from any iOS device is easier .

Module Apple AirPlay 2 can be installed on six models Simaudio Moon . These include the MiND 2 network player and 390 player-preamplifier , 280D , 680D , 780D v2 streaming DACs and the ACE audio system .

To add compatibility with Apple AirPlay 2 , a hardware module must be installed in the component, for which the manufacturer recommends contacting the nearest authorized dealer of the company. In the UK, such an operation will cost £ 265 .