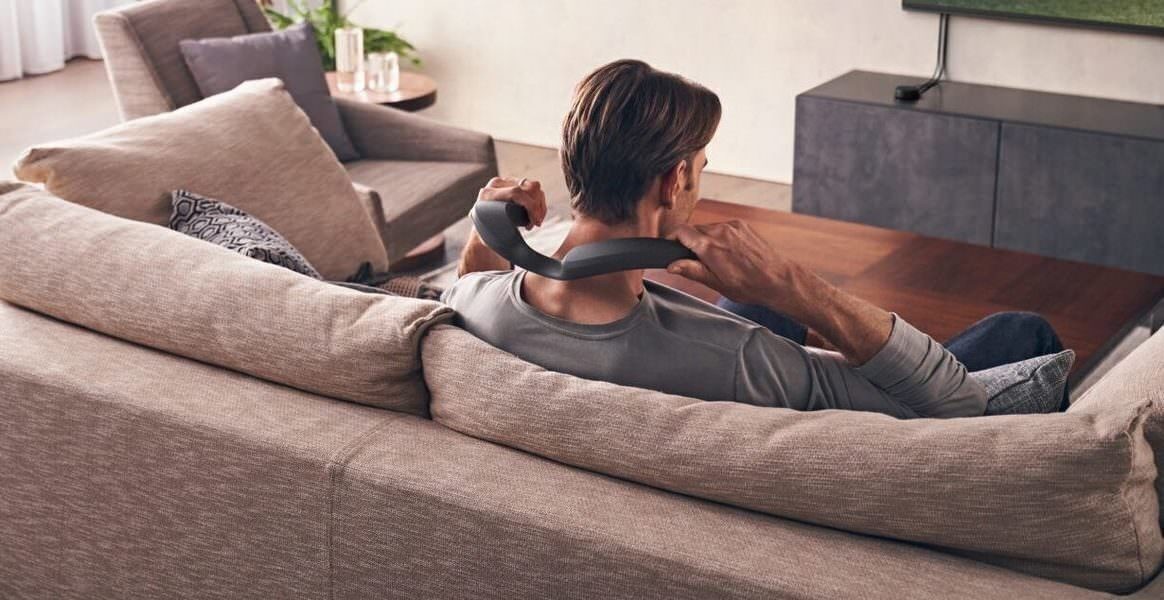 Externally, the Sony SRS-NS7 neck speaker can be very reminiscent of the design of already known products like JBL Soundgear BTA or Bose SoundWear Companion. But the SRS-NS7 has a different specialization.

The novelty is designed to create an “immersive home theater experience” for the listener sitting in front of the Sony Bravia XR TV. The advantages are obvious: on the one hand – the peace of loved ones and others, on the other – a certain freedom from headphones fixed on the head.

Dolby Atmos, the collar, is implemented using a separately purchased WLA-NS7 wireless transmitter and a Sony TV compatible with this format. The neckband connects to it via Bluetooth. In this kit, the 360 ​​Spatial Sound Personalizer application will work, which, having photographed the ear of the future listener, optimizes the location of the virtual Dolby Atmos speakers. 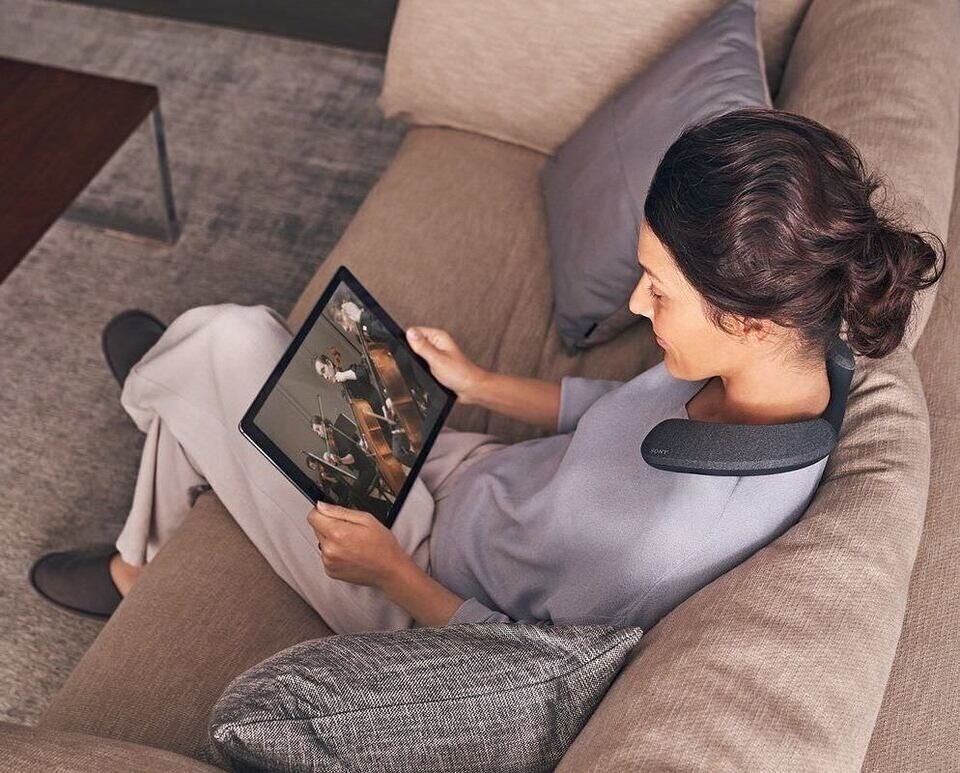 When paired with a smartphone, PC or tablet, the SRS-NS7 will also deliver 360 Reality Audio , playing prepared tracks from music streaming services like Deezer and Tidal. Moreover, the neck speaker can connect to two devices at the same time. For example, you can watch TV and instantly switch to your smartphone to answer a call – the SRS-NS7 also works as a telephone headset.

The owner of the Sony SRS-NS7 can count on 12 hours of work at medium volume or 5 hours at maximum. Even in the bathroom, the SRS-NS7 neckband is IPX4 splash-resistant. The novelty is already available on a prepaid basis, and the appearance of the SRS-NS7 is expected at the end of October.

Huion Kamvas Pro 24: For professional artists at a reasonable price