We’ve rounded up six popular and well-known video streaming services below. Of course there are more than these six active in the Netherlands, but to be fair: it was difficult enough to find out the information from these video streaming services. Not every company simply says: we offer the content in this and this quality. You really have to dig for that. Or contact to contact the press department or customer service and even then it sometimes turns out to be difficult. Below we present the information collected by us.

The king of streaming services is Netflix. Is it not the fact that the streaming service even wins Oscars nowadays, or the gigantic subscriber numbers: 182 million units. Netflix started in 1997, but only settled in the Netherlands in 2013, where it now has 3 million subscribers. Netflix has had great success with several of its own series, such as House of Cards, Stranger Things and Orange is the New Black. However, it also has a huge library of films and series that are not originally from Netflix, but from the BBC, for example. Sometimes the choice even seems too much, but there are tricks for that. Netflix knows better than anyone how to use algorithms to get to know customers and thus recommend films and series based on what they have watched before.

Amazon Prime Video is nowhere near as slick and certainly not as personal as Netflix, but Amazon has the eye on that and is working hard to become just as popular. Amazon Prime Video arrived in the Netherlands at the end of 2016. Amazon Prime Video is known for the series The Marvelous Mrs. Maisel, The Boys, The Man in the High Castle and Undone. Just like Netflix, Amazon has a large library of films and series that do not come from Amazon itself. However, the option to buy films and series has recently been added, which sometimes makes it unclear whether something belongs to the Prime Video range, or more to the video store part of it.

Disney + is the youngest streaming service in this article, but started by the oldest company in this article. Disney’s streaming service has been live in the Netherlands since September 2019. It is especially popular thanks to the addition of well-known Marvel, Star Wars and Disney movies. However, it also makes content especially for Disney +, of which the Star Wars spin-off The Mandalorian is particularly successful. Unlike other streaming services, Disney + doesn’t have a huge library of all kinds of movies from all kinds of distributors. Disney only has films and series from brands that also belong to Disney. That means: Marvel, Star Wars, Pixar, National Geographic and 20th Century Fox. But: also content that is especially suitable for the whole family.

Apple TV + is a video streaming service mainly intended for people with an iPhone, iPad or Mac. You can also view the service on other platforms, but the range of available platforms is unfortunately disappointing. This also applies a bit to the content so far. Not only is it very meager, the offer is also not very large. Clearly, Apple TV + still needs to grow to stay relevant in the market. But Apple has more than enough money and ideas to turn it into something beautiful. Moreover, the service is not very expensive.

Hardware always affects the quality of the picture and sound. As a viewer you have to make sure that you have the right hardware at home. For example, your TV can support Dolby Vision, but if the player (the source) does not, then you still do not see the content in Dolby Vision. The same applies the other way around: does the player support HDR, but the TV does not? Then you’re still out of luck. So in this case, both devices must support the correct technology. TVs must therefore work well with media players and game consoles.

For example, if you open the Netflix app on a modern TV that supports everything, then there is nothing wrong. Then the TV is also the source where the image comes from. So make sure you know what your hardware has to offer. Read the manuals or contact the manufacturer to find out what to expect. And otherwise Google is your best friend. By searching for your model plus words like ‘hdr’, ‘dolby vision’ and more of that, you quickly find out the information you are looking for.

Does your home network affect the quality?

To display all those beautiful images on your TV, you have to make sure that you have enough bandwidth. The more space on your home network and the higher the download speed of your internet subscription, the more likely you will be able to display everything beautifully. Videos in 4K consume more data than videos in full HD. If you also have to deal with audio techniques, the consumption can increase (although that impact is minimal). That is why you sometimes see that when it is too busy on your network, the quality drops by a gradation or two.

You can solve a lot of problems by taking a serious look at the list of paired devices. Are there devices that you no longer use? Then disconnect them. In addition, there is sometimes a difference in connection via WiFi or an Ethernet cable. If the quality remains poor, consider using an ethernet cable. Then the chance of disturbing the image and audio quality is much less. The biggest problem, however, is often the number of users or devices within your local network.

What is bitrate and why is it important?

In recent times there has been a lot of fuss about the bitrate of streaming services. That is because the European Commission had ordered them not to overload the networks because of the many stays at home by adjusting the bitrate slightly downwards. This would reduce the streaming quality. That has also happened, but now more and more countries are being added where the bitrate is going back to what it was before the virus took hold of us.

Bitrate is a term to indicate how many bits of information are being transferred. If you have a fairly high bitrate, more information is sent than with a low bitrate. The bitrate is therefore responsible for the quality: a higher bitrate means a better quality. If your network is (temporarily) unable to handle a certain bitrate (because it is busy on your network, for example), the stream could stutter or falter. To avoid this, the streaming service automatically switches to a lower bitrate (and therefore lower quality). Then artefacts sometimes appear and it can all look a bit less sharp and tight. The advantage is that you can keep watching. The bitrate varies per device, per network, per provider, per moment, per situation and per service.

* The quality mentioned above differs per title

Samsung The Frame 2021 will be almost twice as thin! 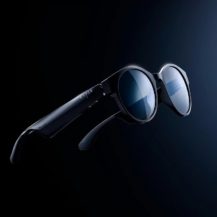