Death Stranding Director’s Cut will be released  exclusively for PlayStation 5 on September 24 . So we decided to see what new and old fans should expect in this version of the game from the genius of Hideo Kojima and Kojima Productions.

First of all, the game will get improved graphics and support for widescreen 21: 9. You can also select two graphic playback modes. The first mode of “performance”: with scaling expansion to 4K (checkboard) and a frequency of up to 60 frames per second. The second graphics mode is a native 4K extension, obviously 30 fps, but with the clearest picture possible. Both modes support ultra-wide screens and HDR.

Character management in Death Stranding Director’s Cut is adapted to the capabilities of the PS5 gamepad DualSense . With tactile recoil you will better  feel the changes in the environment. At the same time, the adaptive triggers of the controller will have resistance in various game situations.

Progress in the game will open up new weapons for Sam, including an electromagnetic emitter that has several functions. This is a single pulse shot at medium distance, or the task of continuing damage to the enemy at close range.

New methods of delivery also attract attention. Yes, Director’s Cut will have something like a jet pack, with which it is convenient to overcome canyons and cliffs and soften the landing when jumping from high terrain.

Another novelty is a cargo catapult. This cannon-like device can launch your load over long distances. Using a catapult is limited only by the breadth of your creativity. The robot partner, the best and unfailing friend of man in the world of Death Stranding, has also expanded its capabilities.

The game has a shooting range, which is located in the basement. Here you can train, try out different types of weapons and compete in the rankings with players from around the world. 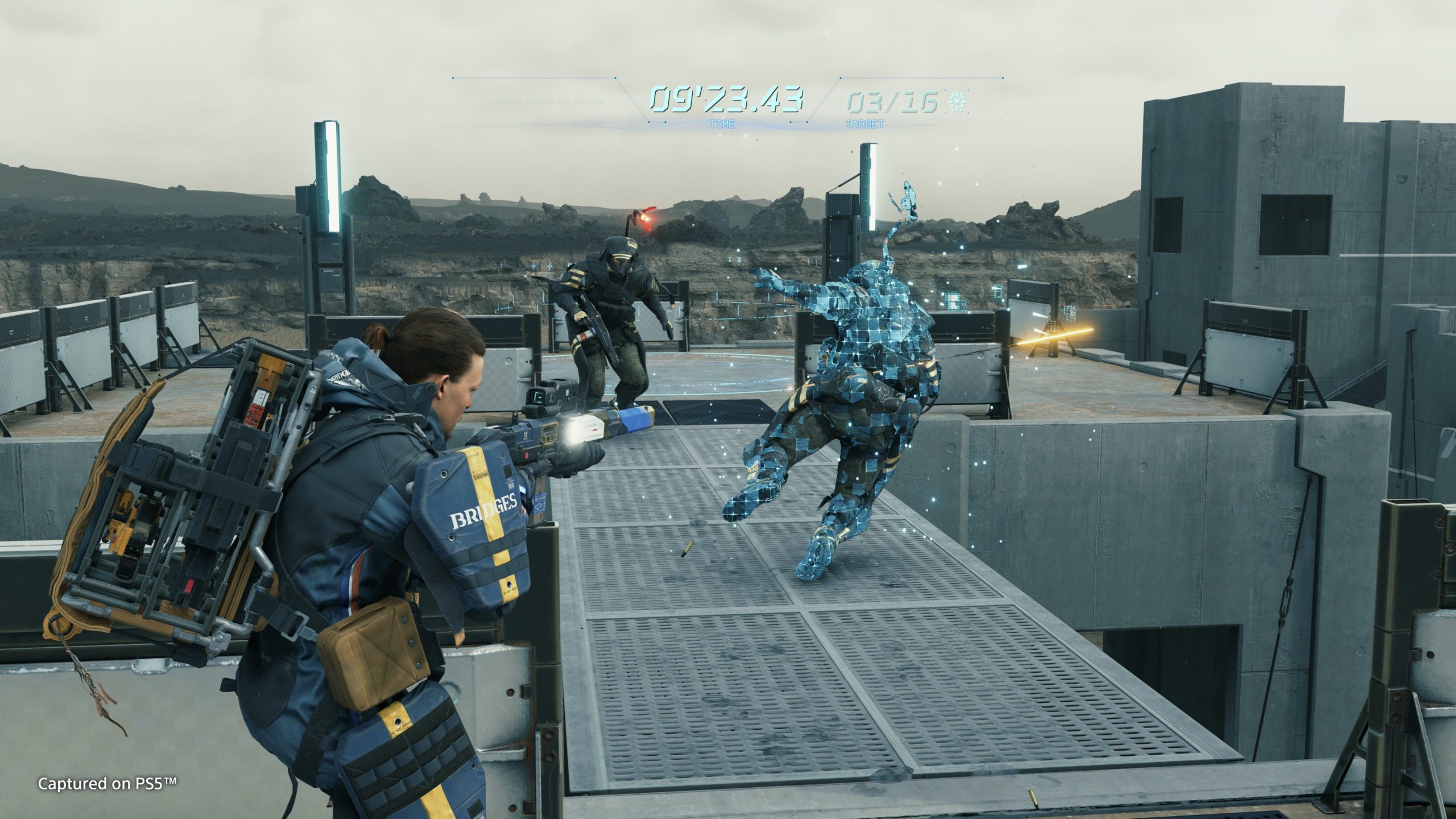 In addition, all the battles with the bosses can now be repeated in your private room and also compete with the rating of the living community. There, in a private room, you can listen to music tracks and 8 additional songs of the director’s version.

If you want to have fun with the breeze, then at your service jumps and tricks on a motorcycle, and a new race track with support for network ratings. New delivery missions have been added to the game, one of which takes place in a mysterious room.

Finally, Hideo Kodima personally shot the final trailer of  Death Stranding Director’s Cut. A great video with a perfectly chosen musical composition “Goliath” by the singer and clipmaker Woodkid has been released. The music video for this song was released back in 2020, and then many people noted that this music, like the video, has something in common with Death Stranding.

Well, Hideo Kodima really has a great taste in music and we hope his director’s version of Death Stranding for PS5 will be just as good.