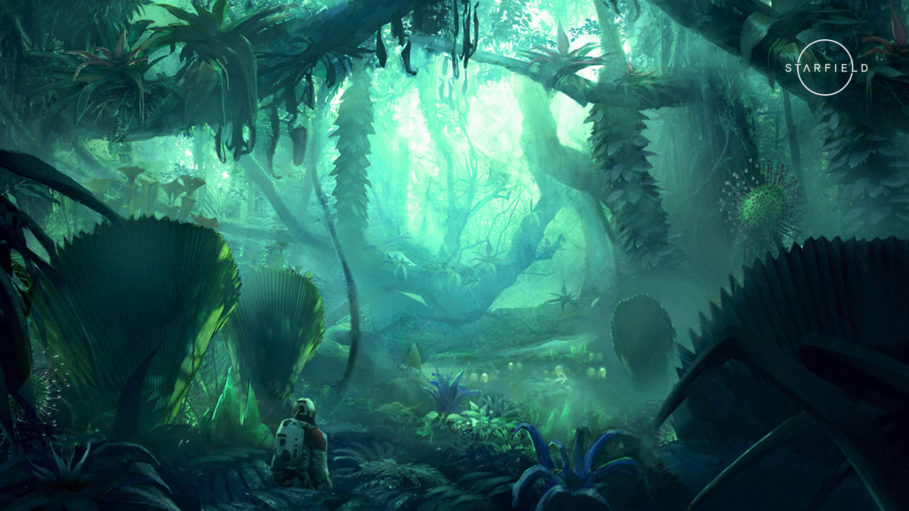 Starfield is still almost a year away, but Bethesda Game Studios continues to update almost monthly information about the sci-fi role-playing project that promises to make players “reach for the stars”, and this time has presented a completely new art dedicated to the jungle of the alien world.

The art sketch provided by its Xbox subsidiary Game Studios had already appeared in one of the recent Starfield videos, but in lower quality and without any details regarding its content, so one could only guess that the wilderness is something to explore. in the world of Starfield.

By posting it again on social media, Bethesda Game Studios is highlighting a very important concept this time: what is shown in this sketch is not a “general” scenario concept that may not see the light of day in the final version of the game, but one of many strangers planets that can be visited in the open world of the game.

During your travels you'll discover many unique environments, some lush and abundant with life. pic.twitter.com/fMpT2vd0Ax

This is confirmed by the Bethesda developers themselves in the message accompanying the illustration:

During your travels, you will discover many unique natural areas, rich in vegetation and an abundance of life.

Starfield will release on November 11, 2022, exclusively for Xbox Series X | S and PC.