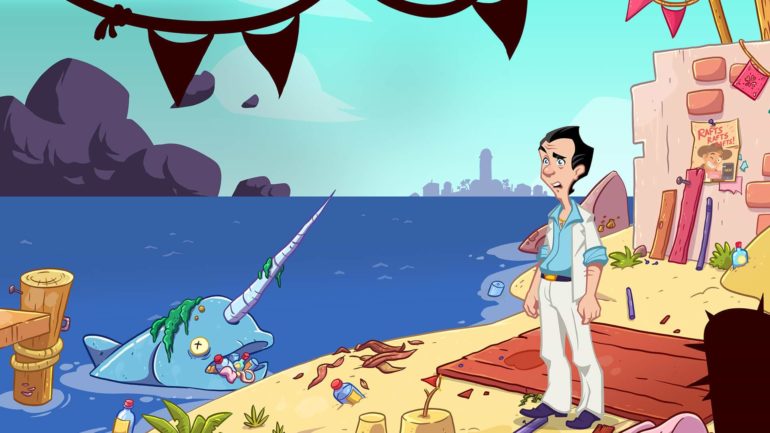 On October 23rd, Leisure Suit Larry – Wet Dreams Dry Twice for Windows PC was released , the last episode of the series starring the well-known slimy flirt we first met from Sierra in 1987, and the pretty good reception it received from gamers led to Assemble Entertainment in the decision to transfer it to game consoles.

The company announced its launch on Nintendo Switch, Xbox One and PS4 next Spring 2021 (did not give an exact date) so that fans of the series can play Larry Laffer’s latest adventure on platforms other than PC their.

It is a classic point-and-click adventure with cartoon graphics, but in no case is it addressed to young people, since the main story follows the protagonist in his failed attempts to seduce the females that appear in his story. In general, Leisure Suit Larry games are characterized by humor and crazy entanglements for the hero, as most of the time his failures are accompanied by various tricks that even lead to his abduction by aliens.

Personally, I consider Leisure Suit Larry – Love for Sail unsurpassed in all respects, but I will definitely give it a try.