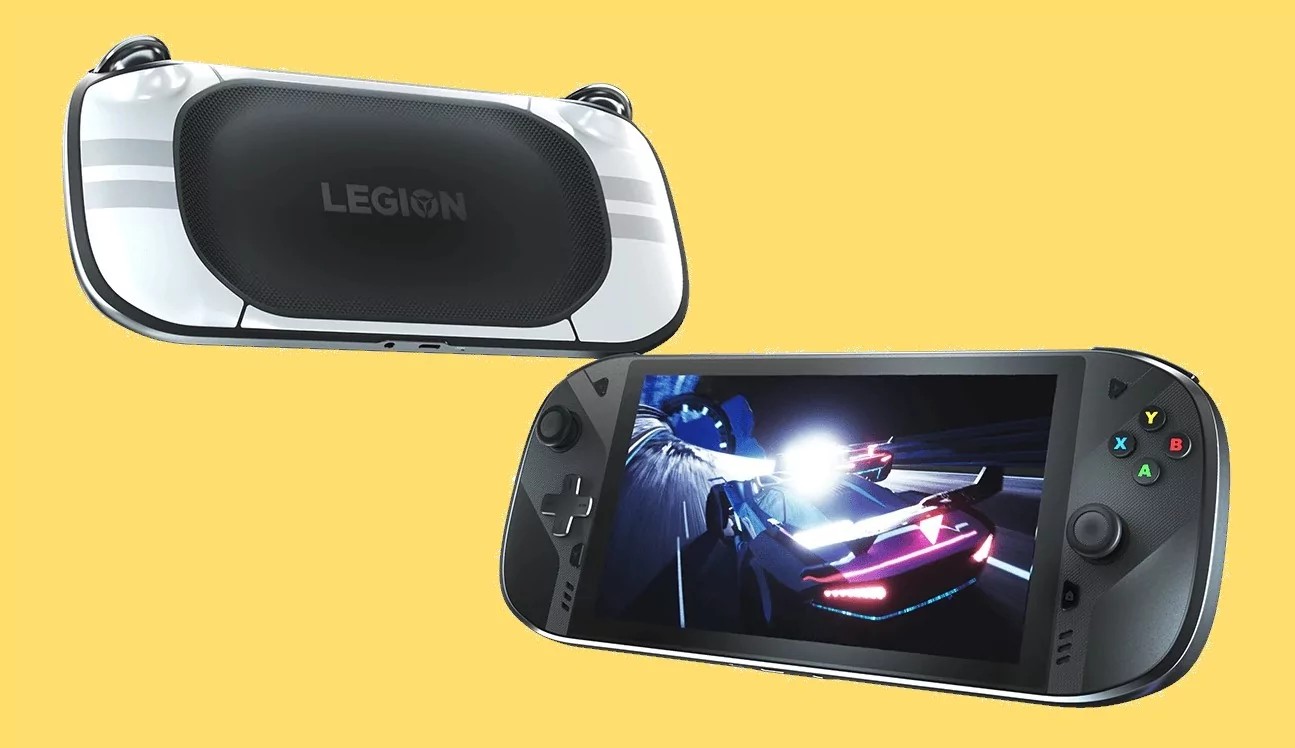 It looks like Lenovo is developing a handheld Android gaming device called the Legion Play. The company has never officially announced this, but renders of the console have already appeared on the Internet. The source of the leak was the company’s Japanese and German websites, where images were uploaded for presentation at Mobile World Congress 2021. However, the exhibition passed, and the company never presented a game console.

Lenovo Legion Play is a classic portable console with a large screen and side controllers with all the controls you need: dual joysticks, D-Pad, X, Y, A and B buttons, shoulder triggers and more. At the bottom of the Legion Play, there is a USB-C port, a headset jack, and a built-in microphone, which can presumably be used for voice chat.

The device software is based on the Android operating system. This is indicated by the image with the Google Play, YouTube, Google Drive and Chrome icons. By the way, the game streaming service GeForce Now is also preinstalled here. It remains unclear why Lenovo did not unveil the console earlier this year.

Should the company decide to bring the Legion Play to market, it won’t be the manufacturer’s first handheld gaming device based on Android. The company already has powerful gaming smartphones for China in its arsenal.

Traces of the GTA trilogy reissue found in the Rockstar launcher