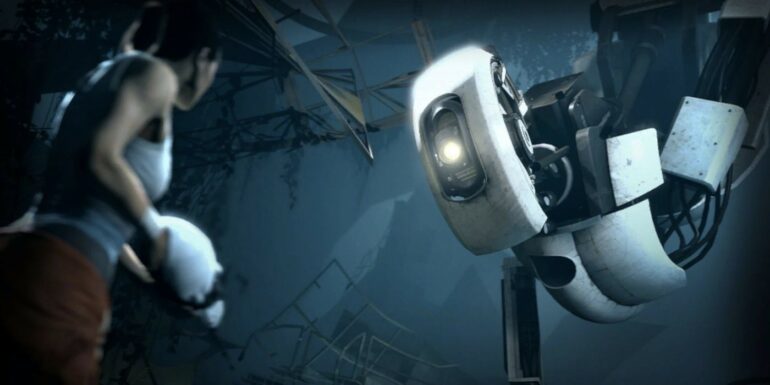 Erik Wolpaw is a Valve writer who has worked on the Half-Life (including Alyx ) and  Portal (including Aperture Desk Job ) series. He recently appeared on the Kiwi Talkz podcast and revealed that he would love to work on Portal 3 .

Yes, we need to start Portal 3 . This is my message to anyone who can at least do something. Let’s do [ Portal 3 ], because I’m not getting any younger. It’s scary to think, but we’re getting close to the point where I’m literally too old to work on Portal 3 . And  Desk Job is cool, so if you like Desk Job , send an email to Gabe, say you want Portal 3 . It won’t get you anywhere, but maybe you’ll be pleased to know that you’ve done your best.

It would seem that since Volpo works at  Valve and dreams of creating Portal 3 , then what’s stopping him? He certainly enjoys authority in the company – let him assemble a team. Volpo commented on this idea as follows:

Oh yes, I could certainly try to promote this idea. It would help a little, but the problem is that  Valve has 300 employees, and I don’t know how exactly they are distributed. How many are involved in production, how many are in Steam, how many are in legal matters, and so on. If you take 75 employees and try to make a game, then the price of potential lost profits from other projects will be very high.

It often feels like Valve — it’s just a bunch of people sipping gin and tonics by the pool, but really everyone is working. Everyone works all the time, you just don’t always see results. Something doesn’t end up coming out, or comes out years later, or turns into something else. Every person counts is what I’m trying to say. Everyone is busy with something. We can say that they need to be conquered, almost like in a revolution. People need to be stirred up to quit what they are doing now and go work on something else. In this case, above Portal 3 .

Yes, of course there will be profit. But what exactly? At the CS:GO level ? Probably not. At the same time, maybe not all games should be profitable at the level of CS:GO ? You know, Gabe, suddenly you’re listening!

By May 2012 (that is, a year after the release), Portal 2 sales reached 4 million copies. This seems to be the last time Valve officially announced the game’s circulation. It’s likely made a few million now thanks to its long tail on Steam, and will soon get some more copies thanks to the release of Portal: Companion Collection on Switch.