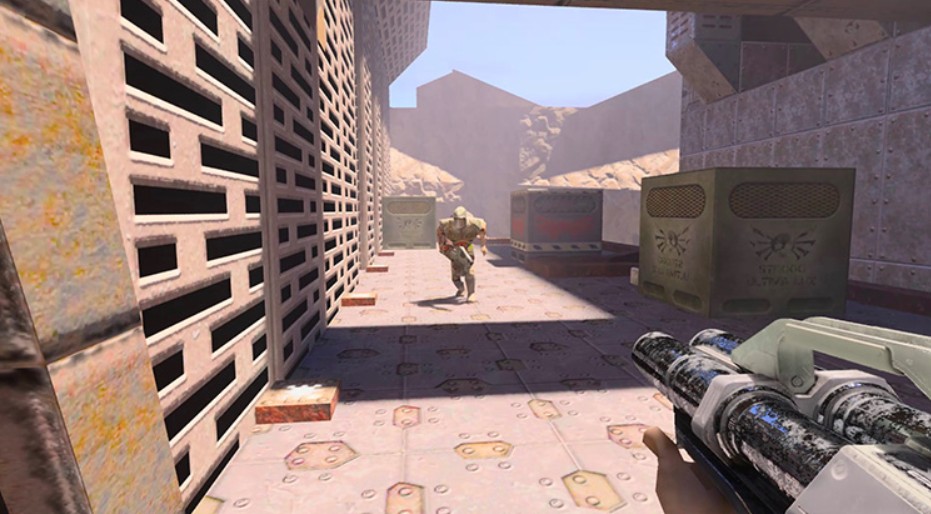 Quake II RTX was one of the first demonstrations of NVIDIA Turing GPUs’ hardware-accelerated ray tracing capabilities. The game rendered lighting and shadow effects using path tracing techniques. Now, thanks to updates to the Vulkan API, these effects are available on any GPU with the required performance.

Quake II RTX version 1.4.0 is out today, and among the improvements the patch brings to the classic shooter is support for platform-independent Vulkan extensions for hardware ray tracing. Basically, this means that if your PC has an AMD Radeon family of graphics, you can play Quake II RTX with all the newfangled lighting effects from now on. Good news for lovers of antiquity. However, NVIDIA is developing Quake II RTX, so it is possible that Quake II RTX will not be too Radeon-friendly. NVIDIA itself has already provided a fresh driver with support for ray tracing in the Vulkan API in the Quake II RTX game.

However, that’s not all – now that the open API Vulkan supports hardware ray tracing, the new lighting technology in games can be used on any platform, whereas in the past the only option was Microsoft DirectX 12, that is, it was only about Windows.

The updated version of the Vulkan Software Development Kit includes all the tools that developers need to implement ray tracing in their projects on almost any platform, which means that soon it should appear in more games.

You can download the shareware version of Quake II RTX from Steam , Github, or the NVIDIA website .

Advertisement
X
Subscribe to get the best Tech news and reviews of the week.
By signing up, you agree to our Privacy Notice and European users agree to the data transfer policy.
Close
12/16/2020