On February 8, the local version of the online store Steam officially launched in China, among the first to draw attention to the well-known insider and analyst Daniel Ahmad. At the same time, Sony has provided Chinese gamers with another reason to rejoice – in the second quarter, the official sales of the PlayStation 5 will begin in the country.

Up to this point, an international version of Steam worked in China, the use of which was associated with certain inconveniences and restrictions – by analogy with the international version of Netflix in Ukraine. Why is this important not only for the Chinese market, but for the industry as a whole? Firstly, China is the third largest in terms of game sales revenue , and secondly, Steam is the world’s largest digital game store . Localization is expected to foster inclusive development and expansion from which everyone benefits.

In the Chinese version of Steam, you will not really roam yet – the library of games has about 40 titles, another 10 or so will be added in the near future. The starting list, of course, includes the main Valve esports games – Counter-Strike: Global Offensive and Dota 2. By the way, Valve announced the launch of the Chinese version of Steam back in 2018 and three years later it happened.

In addition to the obvious shortcomings of localization, in the case of the international version of Steam, there has always been a risk of blocking by the Chinese authorities, since it contains games that have not been approved by the regulator.

As  Eurogamer points out , Valve’s official client for China only contains games that have been officially certified and have been approved by the authorities. At the same time, Valve expects that the Chinese authorities will not block the global version and it will continue to work along with the Chinese one. 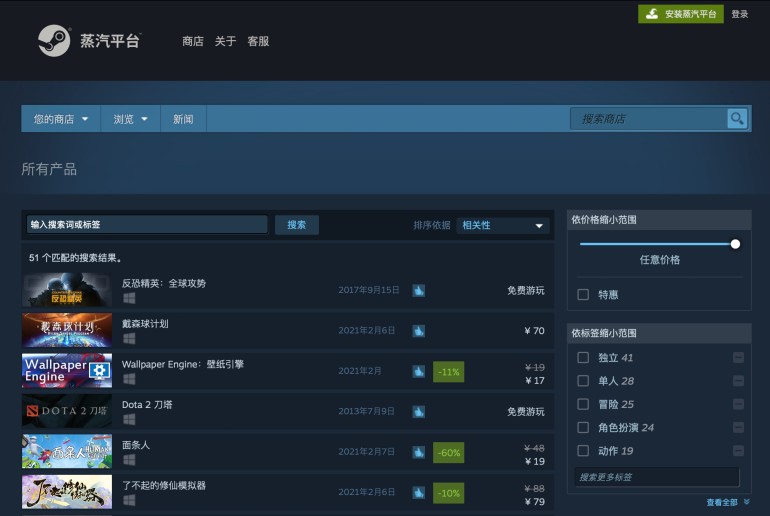 On the eve of the launch of the Chinese Steam store Valve once again updated the record for peak online – it simultaneously had more than 26 million people.

Not without good news for Chinese console gamers – Sony plans to start official PS5 sales in the second quarter of 2021. True, given the catastrophic shortage of consoles, how many devices can buy. Be that as it may, this is an important event – from 2000 to 2015, consoles in China were banned and so far only a few modern models have officially come out there, including the PlayStation 4, Xbox One and Nintendo Switch. Microsoft has not yet talked about plans to launch the Xbox Series X | S in China.