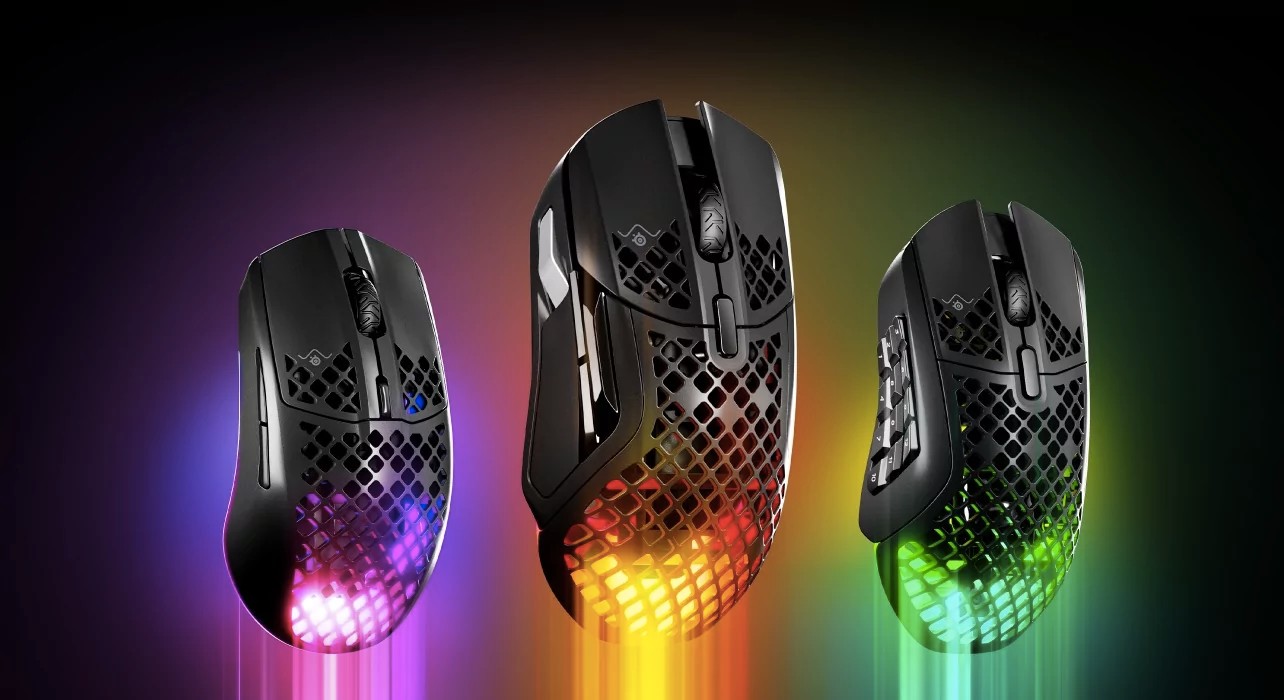 SteelSeries has officially introduced two new models of gaming wireless mice in the Aerox line – Aerox 5 Wireless and Aerox 9 Wireless. The flagship model with index 9 in the name was created by the manufacturer for MMO and MOBA fans – on the left side of the gadget, right under the gamer’s thumb, there are 12 programmable keys at once (this model has 18 buttons in total). It is worth noting that all the keys in the model are exclusively mechanical – they boast higher durability (a resource of 80 million clicks) and instant command transmission. 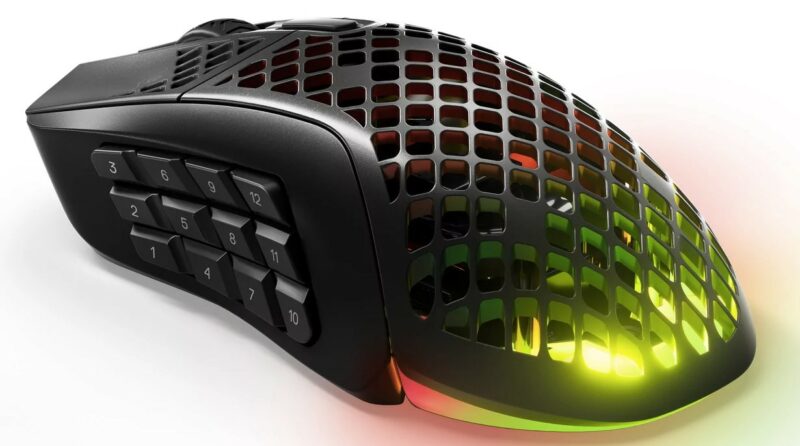 In addition, the Aerox 9 Wireless mouse is protected from moisture and dust according to the IP54 standard, and the battery life is up to 200 hours (we are talking about the Bluetooth connection mode). If the user uses the flagship in 2.4 GHz Wi-Fi mode, then the battery life will be already 80 hours, although do not forget about the fast charging function – up to 40% of the mouse battery is charged in just 15 minutes.

This will be useful if the gamer urgently wants to play, and the battery has run down to 0%. The mouse also boasts a SteelSeries TrueMove Air optical sensor with a sensitivity range from 100 to 18,000 DPI, 40 G acceleration and three-zone RGB lighting. 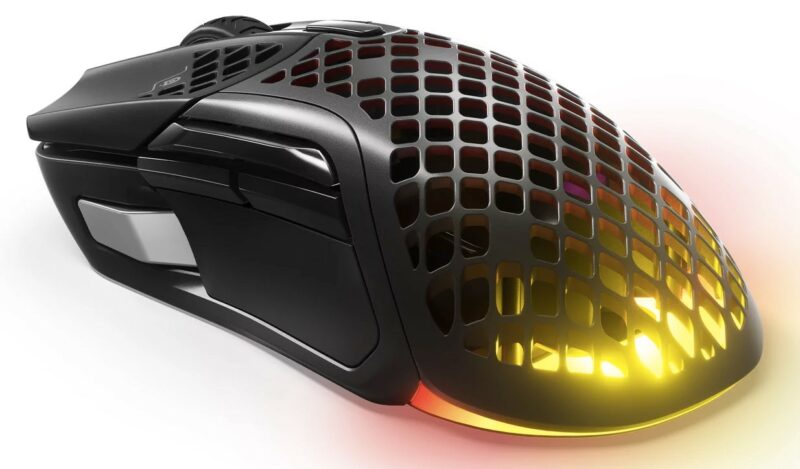 A worthy solution for those who want to rarely put the mouse on charge, while getting a backlight and more

The smaller model Aerox 5 Wireless received fewer buttons (only 9), among which it is worth highlighting the “sniper button” – a special key that reduces sensor sensitivity to a minimum. At the same time, all the buttons on the mouse are mechanical, like the top model, with a resource of 80 million clicks. But the duration of battery life in the younger model is lower than that of the top one – via Bluetooth, autonomy is 180 hours, and via Wi-Fi 2.4 GHz – 80 hours. At the same time, protection against moisture and dust is also available, as is fast charging, and the SteelSeries TrueMove Air sensor.

Considering that there are practically no differences between the Aerox 9 Wireless and Aerox 5 Wireless, the price difference is also minimal – the older model is sold for $150, while the younger one goes for $140.