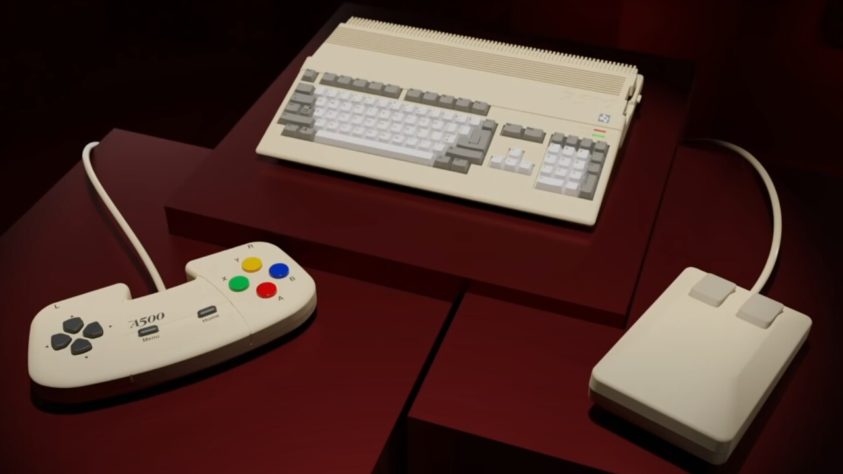 The market for retro gaming has gained much place in recent years , from Chinese laptops that allow to emulate the great titles from one place to the recreation of the console classic in a smaller size (they did both Nintendo and Sega and Playstation) . The computers of the first era are not far behind and the Amiga 500 will have its tribute with THEA500 Mini.

THEA500 Mini is the new computer that has just been announced by Retro Games and which is logically a recreation of the Commodore Amiga 500 model but in reduced dimensions. Since it is not an official product nor is it licensed by that manufacturer, there is no mention anywhere of these names despite looking exactly the same.

At the moment it has been indicated that this model will arrive with a total of 25 pre-installed games and that include classics such as “Another World”, “Worms”, “Simon the Sorcerer” and “The Chaos Engine” , although unfortunately the complete list. It will also have a USB input from which it will be easy for users to add their own favorite titles.

As expected for a console that is released in these times, there will be certain functions designed to facilitate the gaming experience, such as being able to save games at any time or have different save files to resume the action instantly.

Also, in addition to emulating the original Amiga 500 platform, the hardware will also run the layers of the Enhanced Chip Set (ECS) that was introduced in the Amiga 500 Plus model , a revision that had little time in stores during 1991, and will even be It is possible to appreciate the Advanced Graphics Architecture (AGA) of the next Commodore model, the Amiga 1200.

Finally, your purchase will include both the traditional two-button mouse so characteristic of the computer as well as a remote that seems to be based on the design of the Amiga CD32 to facilitate the gaming experience.

THEA500 Mini will go on sale during the first months of 2022 with an official price of around 130 euros at the exchange rate. It is worth remembering that this brand had previously released THEC64 Mini, a version of the Commodore64 that did not have the best reviews from those who could test it.