Jabra Evolve2 30: Lightweight and comfortable headset made for productivity

Bose has attracted attention with its Frames, the first sunglasses with built-in sound. Now they are expanding the range with three new Frames models: Bose Frames Tempo is specially designed for training activities, while Tenor and Soprano are suitable for everyday use.

Tech Reviews was out early to test the first generation Frames, and thought they seemed like a fun concept, with almost “invisible sound” for listening to music as well as hands-free phone calls. The sunglasses connect wirelessly to your mobile phone, so you can stream music, make and receive calls, or communicate with a voice assistant. However, the tiny speaker elements have a relatively slim sound, and could not compete with full-blooded headphones or in-ear plugs.

Not surprisingly, the sound is something that Bose has wanted to improve with the new models. The new models will reportedly have fuller and clearer sound quality than its predecessor. A new Volume Optimized EQ ensures optimal sound balance at both high and low volume. Tempo, Tenor and Soprano are also said to have improved voice communication, with a new microphone system that filters out wind and noise from the surroundings.

Tempo is the new training model in the Frames family. It is made of very light materials and should fit extra well, with different nose pads for optimal grip and fit. Tempo should also have the highest sound performance with a 22 millimeter driver in each of the spectacle bars.

Tenor and Soprano are new design variants of Frames, which will also be improved in most areas. Tenor has a smaller, square design, while Soprano has a so-called cat-eye design. The spectacle rods hide all electronics, including two 16 mm speakers. Tenor and Soprano reportedly have significantly better bass response than Frames Alto, so the music is reproduced with even more depth and detail.

The new Frames models cost 299, and are now available for pre-order. Otherwise ready for purchase from September 24 at Bose and selected dealers. 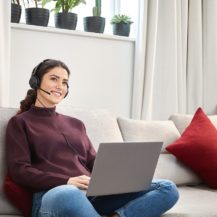 Jabra Evolve2 30: Lightweight and comfortable headset made for productivity

Audeze Sine DX Review: A world of their own

Sony IER-M7 Review: Will appeal to music lovers as well as artists