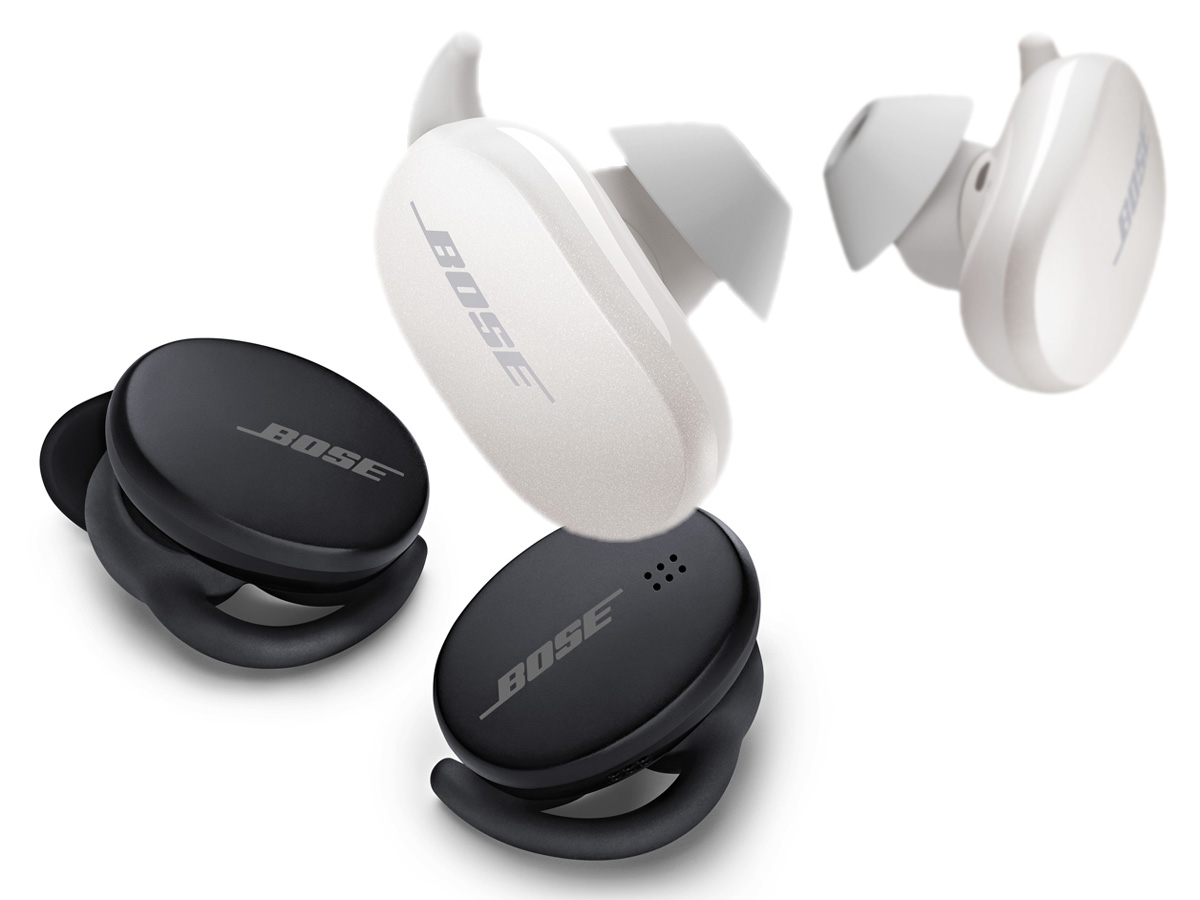 Bose has announced the QuietComfort Earbuds. They are the first wireless earphones to appear under the QC banner. This means that they have advanced noise canceling, in this case eleven different levels. In addition, the manufacturer comes with a new set of sports ears.

The QC Earbuds use a combination of microphones, transducers and a chip with a special algorithm to filter out ambient noise. A counter-noise is produced for noise in less than a millisecond. The result is noise cancellation that can be set in eleven levels, depending on how much noise you want to exclude. With the Bose app, the earbuds can be adjusted to the type of media being consumed, such as movies, podcasts or music. In telephone calls, voices are clearly distinguished from each other so that they come through better.

The QuietComfort Earbuds have an IPX4 certificate, which means that they are sweat and splash proof. They can last for 6 hours on a single charge, and a total of 18 hours with the included charging case. They are available from September 29 for 280 euros.

The renewed Sport Earbuds do not have noise cancellation, but do have the same IPX4 certificate. They should last for 5 hours on a single charge, to which is added another 10 hours with the charging case. They also have support for bluetooth 5.1 and the simple controls on the earbuds in common with the QC Earbuds. The Sport Earbuds will be released on September 29 and have a suggested retail price of 200 euros. In terms of color options, there is a choice between black, white and blue.