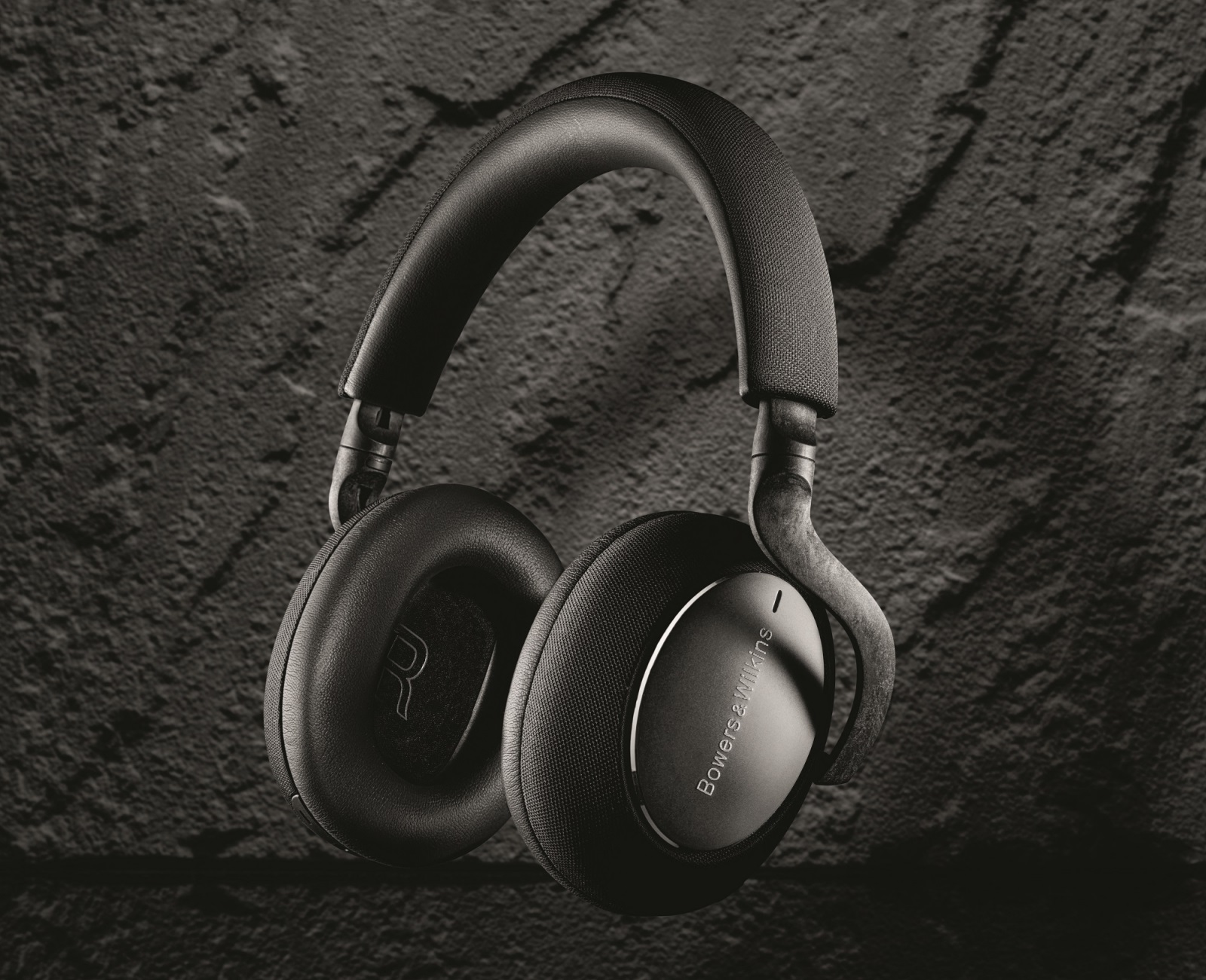 The adaptive wireless noise-canceling headphones PX7 from B&W offer excellent sound quality, smart functions and ultimate comfort, which together have contributed to winning numerous awards and recommendations around the world. This year it is ten years ago that the English manufacturer entered the market of headphones with the P5, a breakthrough model according to B&W. To celebrate this success, B&W has launched the PX7 Carbon Edition.

Packed with all the things that have made the PX7 so popular, the Carbon Edition’s aesthetic is designed to emphasize the pioneering use of carbon fiber composite in the PX7’s construction. That’s why the new Carbon Edition features a high-quality black carbon finish with diamond-cut details on each ear cup.

The PX7 Carbon Edition uses the proven 43.6 millimeter diameter custom drivers along with support for the latest wireless codecs, including the recently launched Bluetooth aptX Adaptive technology, which allows high-resolution music to be transferred wirelessly in a resolution of 24-bit / 48 kHz.

The ear cups are equipped with memory foam, which already provides good passive sound isolation. In addition, active noise canceling (ANC) is provided by the adaptive technology and the four interacting microphones in the PX7 Carbon Edition. It intelligently detects the sound of the background environment and automatically selects the appropriate type and level of noise reduction. The user can also use the companion app to select Ambient-Pass-Through, which allows certain external sounds to be heard without removing the headset, a must for when ordering a cappuccino or hearing a broadcast message at a train station or airport .

According to the manufacturer, the PX7 Carbon Edition has a battery capacity for thirty hours of music pleasure, with ANC activated. A fast charging function is also built in: 15 minutes of charging gives five hours of music. Incidentally, a cable is also included for wired listening.

The PX7 Carbon Edition is expected to be available from October. We are still awaiting official price.