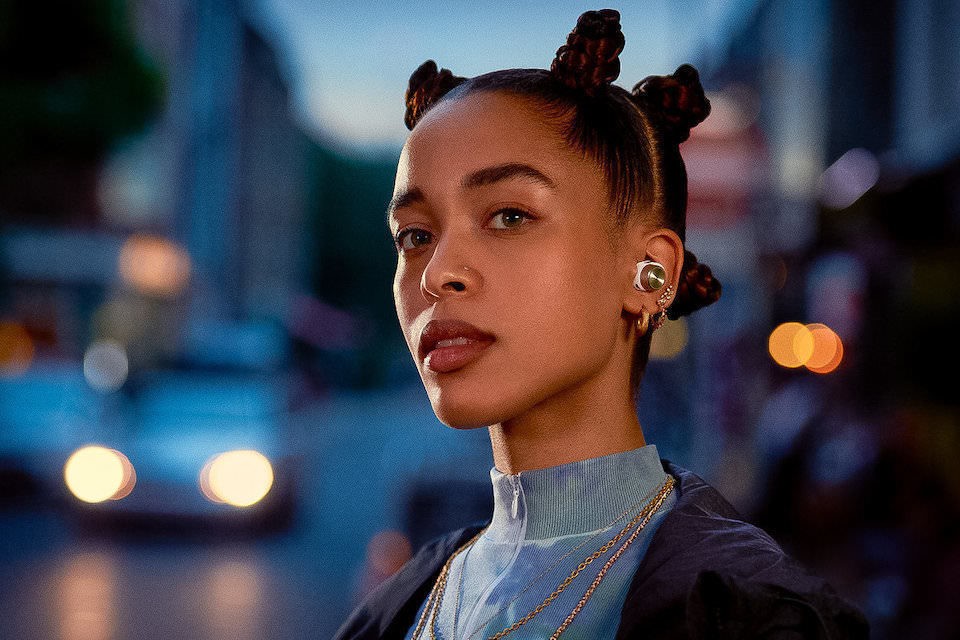 Bowers & Wilkins entered the fully wireless headphone market with two models at once: PI5 and PI7. According to representatives of the brand, the developers have spent a lot of time to create such completely wireless headphones that would convey the signature sound in a compact form. According to a press release, the development was handled by the same team that made the 800 Diamond.

Both models look almost identical, but PI7 gives out a dark bronze insert on the ends of the headphone cases and the case cover of the same color – PI5 has a more modest finish. The rest of the differences between PI7 and PI5 are inside.

The PI5 has one 9.2 mm speaker, while the PI7 has a hybrid design: a reinforcing speaker also helps the dynamic radiator. Due to this, the number of built-in amplifiers has doubled – each works with its own emitter. Both models are equipped with active noise canceling, but in PI7 it can automatically adapt to the conditions in which the listener is located, while in PI5 everything is simpler.

Simultaneous connection to multiple sources is available for both new products, as well as work with voice assistants Google Assistant and Siri. The headphones have a fairly large case, with which the PI5 will work up to 25 hours, and the PI7 – up to 20. It supports wireless charging, and the fast charging function will give 2 hours of operation in 15 minutes of connection.

One of the important features of the PI7 case is the ability to work as a Bluetooth hub: it can be connected to any source that does not support a wireless connection, and it will transmit the signal to the headphones. Such a function can be useful, for example, on an airplane to communicate with the built-in entertainment system or at home to connect to game consoles.

Touch panels are provided on the headphone housings for control. You can customize the sound in the proprietary application. High-quality voice transmission in conversations will be provided by two microphones in PI5 and three in PI7.