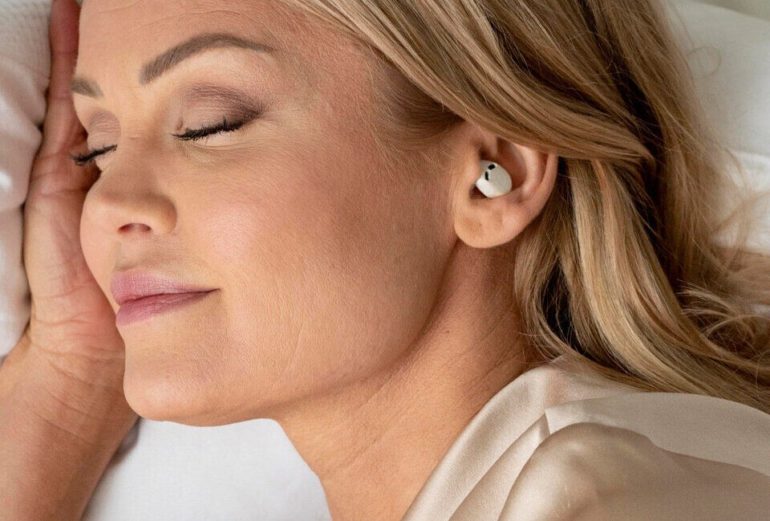 QuietOn 3 active noise canceling headphones are not ready to play music, and you won’t be able to talk with them on the phone either – so in terms of functionality, the Finnish company QuietOn announced rather high-tech electronic earplugs. But from the usual passive variants QuietOn 3 is distinguished by the ability to “make it much quieter.”

In addition to passive noise cancellation, due to the design of the QuietOn 3 case, they received an advanced, according to the developers, active noise cancellation system. QuietOn said the headphones can neutralize low-frequency traffic noise, which is particularly harmful to sleep. Neighbor sounds or your partner’s snoring won’t be a problem for QuietOn 3 either.

Equally important for in-ear sleep-protecting headphones is their shape. QuietOn has confirmed that this model is the first in-ear ANC headphone. According to the authors of the design, QuietOn 3 is a non-protruding headphone that does not interfere with sleeping on its side. The lack of a built-in Bluetooth-module for QuietOn 3 is not a disadvantage, but an advantage that guarantees zero electromagnetic field radiation.

Like similar models for music, QuietOn 3 received a charging case. On a single charge, the headphones will work for 28 hours – enough even if you want to sleep off after a very long sleeplessness. For a precise fit, QuietOn 3 comes with four earmold sizes.

The estimated price of QuietOn 3 headphones in Europe is 240 euros. They may go on sale before the end of June.