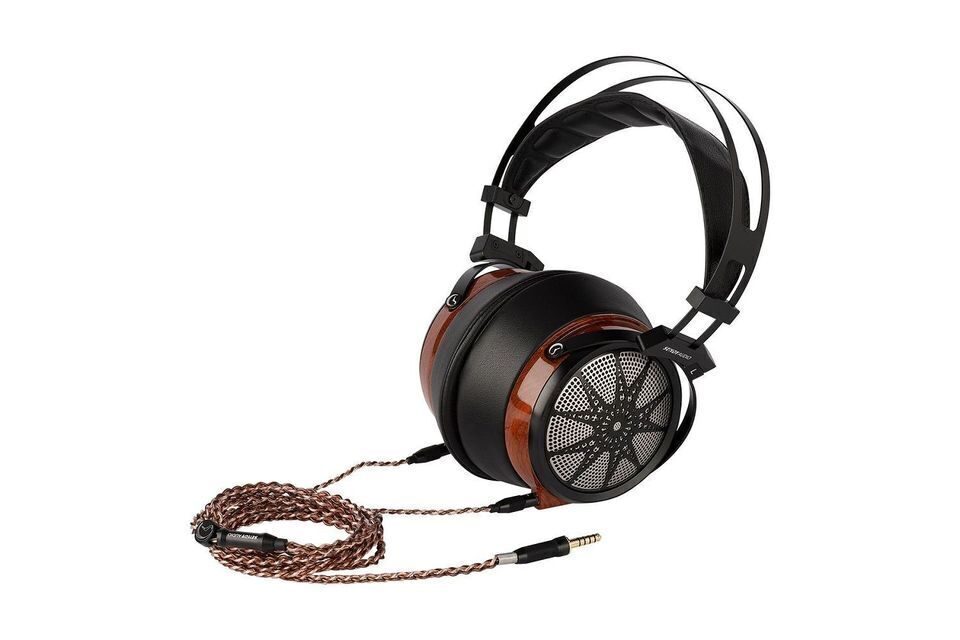 Sendy Audio, owned by the Chinese Dongguan SIVGA Electronic Technology Co, after the flagship Peacock model, released more affordable planar magnetic Apollo headphones. They are made in an open version and do not weigh that much for their class – less than 395 g, but at the same time they received emitters with a diameter of 68 mm.

Just like Peacock, Apollo uses proprietary Quad Former technology: this is a dual magnetic system that interacts with conductors deposited on both sides of the diaphragm – two on each side. This design, according to the developers, is characterized by high sensitivity and detail and low distortion. Outside, the radiators are protected by metal grills, the pattern on which resembles the sun, and the grills also work as a kind of acoustic impedance panel.

For the headphones, with an unevenness of +/-3 dB, a frequency range of 20 Hz – 40 kHz, a sensitivity of 95 dB and an impedance of 16 ohms +/- 15% are declared. Unlike duralumin Peacock, Apollo cups are made of rosewood. The headband is decorated with goat leather, and the ear cushions are artificial with a memory foam filler. The ear pads themselves are removable.

The Apollo model comes with a detachable 2m 6N OCC braided copper cable and an adapter from balanced 4.4mm to unbalanced 3.5mm jack. All the little things can be put in a special soft bag, and the whole set is placed in a stylish hard case.

In the UK, the Sendy Audio Apollo open planar headphones were priced at £430.

Advertisement
X
Subscribe to get the best Tech news and reviews of the week.
By signing up, you agree to our Privacy Notice and European users agree to the data transfer policy.
Close
02/22/2022