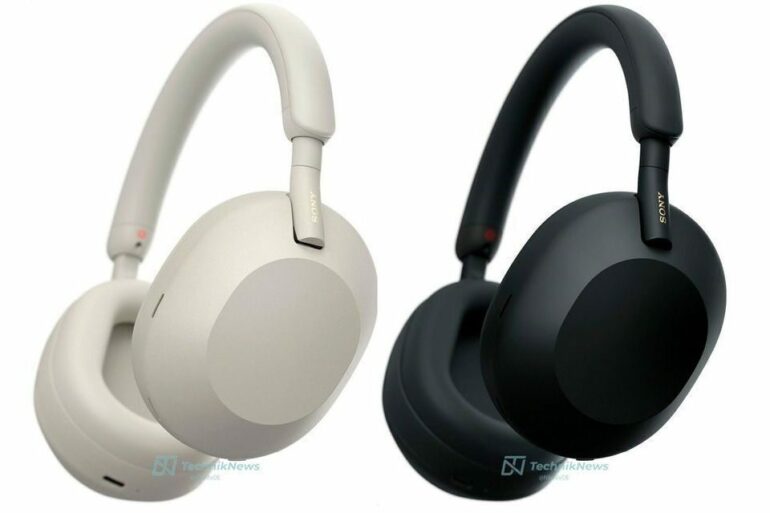 The German site TechnikNews has posted some photos of the upcoming Sony WH-1000XM5 flagship headphones. First of all, a certain similarity with the pictures from the previous leak from the ECC website, published in February, is noticeable. If the previous models, XM3 and XM4, were similar to each other, the design of the WH-1000XM5 has been seriously updated. Moreover, it seems that the mechanics of the novelty will receive fewer degrees of freedom – only the rotation of the cups by 90 degrees is provided.

The design of the headphones has become thinner: this implies more use of metal instead of plastic, for example, in the headband. The connection of the headband with the cup is made at one point instead of two – perhaps this will save interior space. It, apparently, is not superfluous, since instead of one processor in the new product it is supposed to install two.

So far, information has been confirmed about a longer battery life – 40 hours, which is 10 more than the XM4. You will have to pay for this with a slower charge, which will take 3.5 hours – 30 minutes longer. The active noise reduction system and telephone communication, as before, use 3 microphones, the location of which, however, has been changed. But the “Custom” button remained in its place, although it is now designated as “NC / Ambient” (as in the XM3 model).

On this, the next portion of the data on the Sony WH-1000XM5 is exhausted, leaving us waiting for the next leaks, or the official release. Which will probably happen before the end of the year.