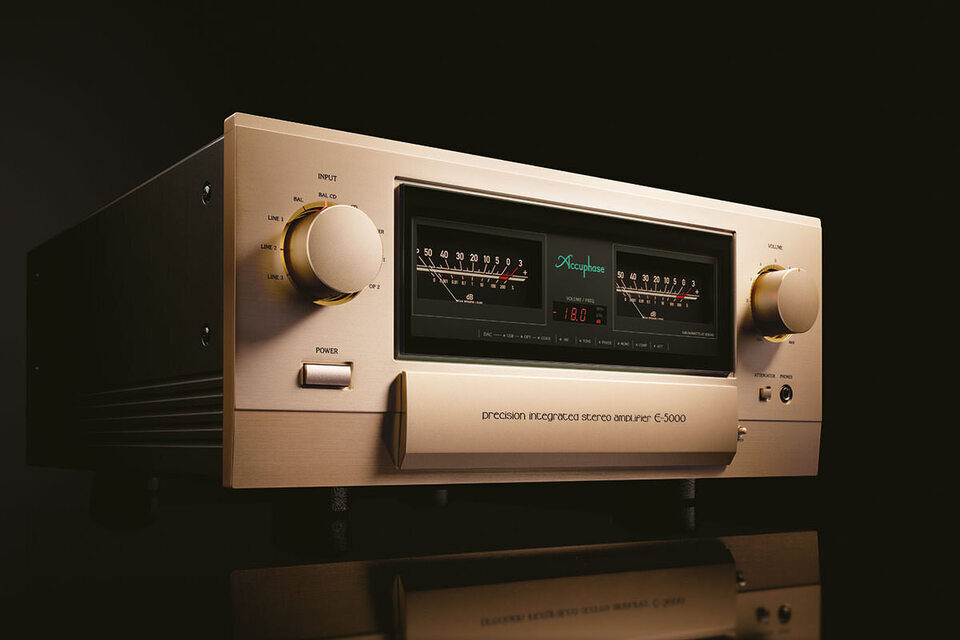 According to the Accuphase, the integrated stereo amplifier Accuphase E-5000 has become the new flagship of the catalog. The model was released in honor of the 50th anniversary of the company.

Operating in class AB and packed with discrete analogue elements, the E-5000 amplifier, as emphasized by Accuphase, boasts a set of the most advanced proprietary technologies and a large headroom. With an impedance of 8 ohms, the device will provide 240 watts, with 4 ohms – 320 watts. According to the company, the engineers managed to achieve maximum channel separation in any mode.

One of the main components of the amplifier was a power supply unit with a large toroidal transformer and 40,000 μF capacitors. Powering the E-5000 was organized taking into account the proprietary Balanced AAVA volume control in the preamplifier.

We paid special attention to switching: the flagship was equipped with almost all the connectors that might be needed to organize an audiophile setup. On the rear panel there are several RCA inputs, balanced XLR, preamplifier outputs (RCA / XLR), four pairs of screw terminals for speakers. There is also a headphone jack on the front. If desired, the user can install additional expansion modules, for which the amplifier has two slots.

The facade of the Accuphase E-5000 features two traditional pointer voltmeters with a small display in the center. On the sides are massive knobs: a volume control and an input switch.

Below, under the protective panel, they hid buttons and knobs for adjusting the sound and activating various additional functions. The body was made of metal. Massive heavy legs made of cast iron were used as supports. The weight of the device was 33.8 kg.

On the European market, the start of sales of the E-5000 is expected in the first half of next year. The cost will be approximately 14,000 euros.