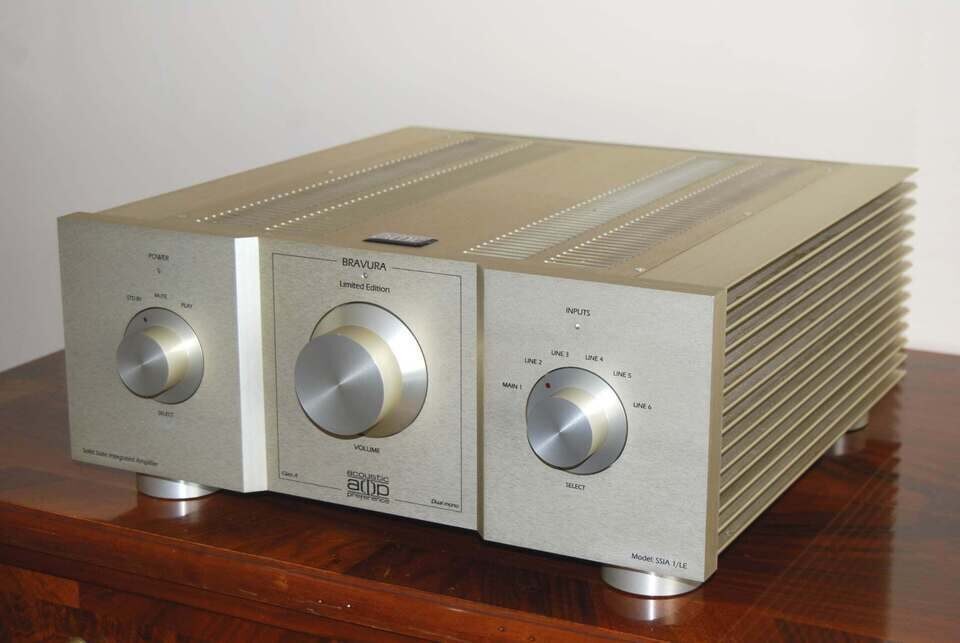 The Slovenian company Acoustic Reference, which is better known lately for its acoustic systems, has announced an integrated amplifier. The Bravura SSIA 1 / LE model will be released for the 20th anniversary of the company, whose products at the very beginning already included the Bravura amplifier. The current Bravura SSIA 1 / LE operates in pure class A at up to 100 watts. For 8-ohm speakers, it is ready to deliver up to 200 watts at 0.1% noise and distortion. The unit is designed in an orthodox dual mono topology, starting with two separate 600 VA toroidal power transformers.

At the output in each channel of the Bravura SSIA 1 / LE, there are six 24-A transistors in TO-3 metal cases, forming a symmetrical bipolar power stage. For power supply, two batteries of 12 100-V supply capacitors with a total capacity of 120,000 microfarads are used.

The cost of the Bravura SSIA 1 / LE Integrated Amplifier is provided upon contacting the Acoustic Reference.