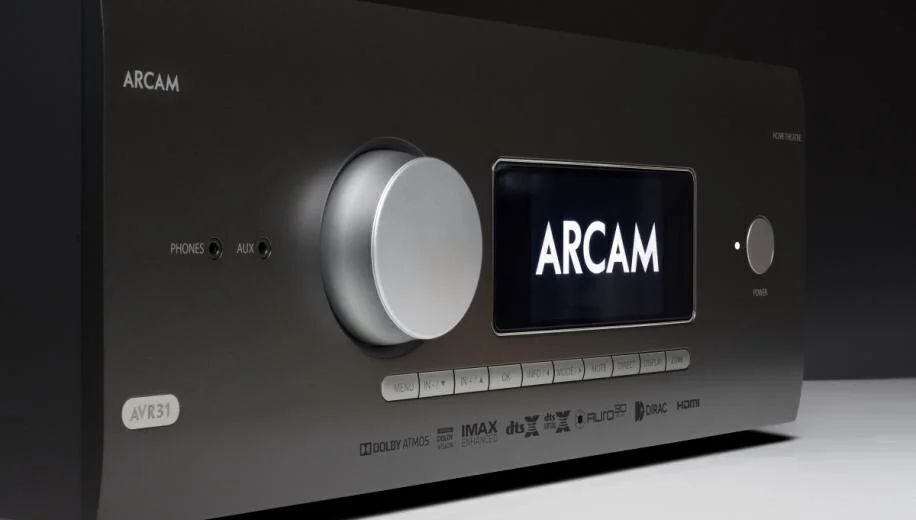 Arcam introduced three home theater amplifiers and processors, the AVR31, AVR21, AVR11 and AV41 models. Sales are scheduled for the second quarter of 2022. All devices received HDMI 2.1 switching with HDCP2.3, passing 8K at 60 frames per second or 4K at 120. All support dynamic HDR Dolby Vision and HDR10+. Dolby Atmos, DTS:X, and Auro-3D audio formats are available for all four.

The bigger AV amplifier, according to Arcam, received class G power amplifier modules, the same as in branded stereo amplifiers. The AVR31 has seven of these 100 watts at 8 ohm speaker impedance. The AVR31 also has 7 HDMI inputs and 3 HDMI outputs, including Zone2 and eARC.

The smaller AVR21 and AVR11 also have seven amplification channels, but they work in class AB. In the first case, their power is 110, in the second – 85 W, and the first device is ready to decode up to 16, and the second – up to 12 audio channels. HDMI switching is also slightly different: for 7 inputs, the AVR21 has three outputs, while the AVR11 has two.

The Arcam AV41 AV processor handles up to 16 channels of audio, but unlike AV amplifiers with single-ended RCA switching, balanced XLRs are used here. HDMI provides seven inputs and three outputs, there are Zone2 and eARC.

Advertisement
X
Subscribe to get the best Tech news and reviews of the week.
By signing up, you agree to our Privacy Notice and European users agree to the data transfer policy.
Close
03/09/2022