Aurender Inc continues to develop its line of premium streamers. The new Aurender N30SA became the successor of the N20 streamer and the “grandson” of the N10 model . But unlike them, the N30SA can be called a real flagship of the series without exaggeration.

You don’t have to look for differences for a long time. One has only to look at the appearance of the novelty – it consists of two modules called Powerbox and Audiobox . The “empty” module contains power supplies and an 8 TB solid state drive. There is also a slot for installing a second drive, if the user wants to increase the amount of storage memory. 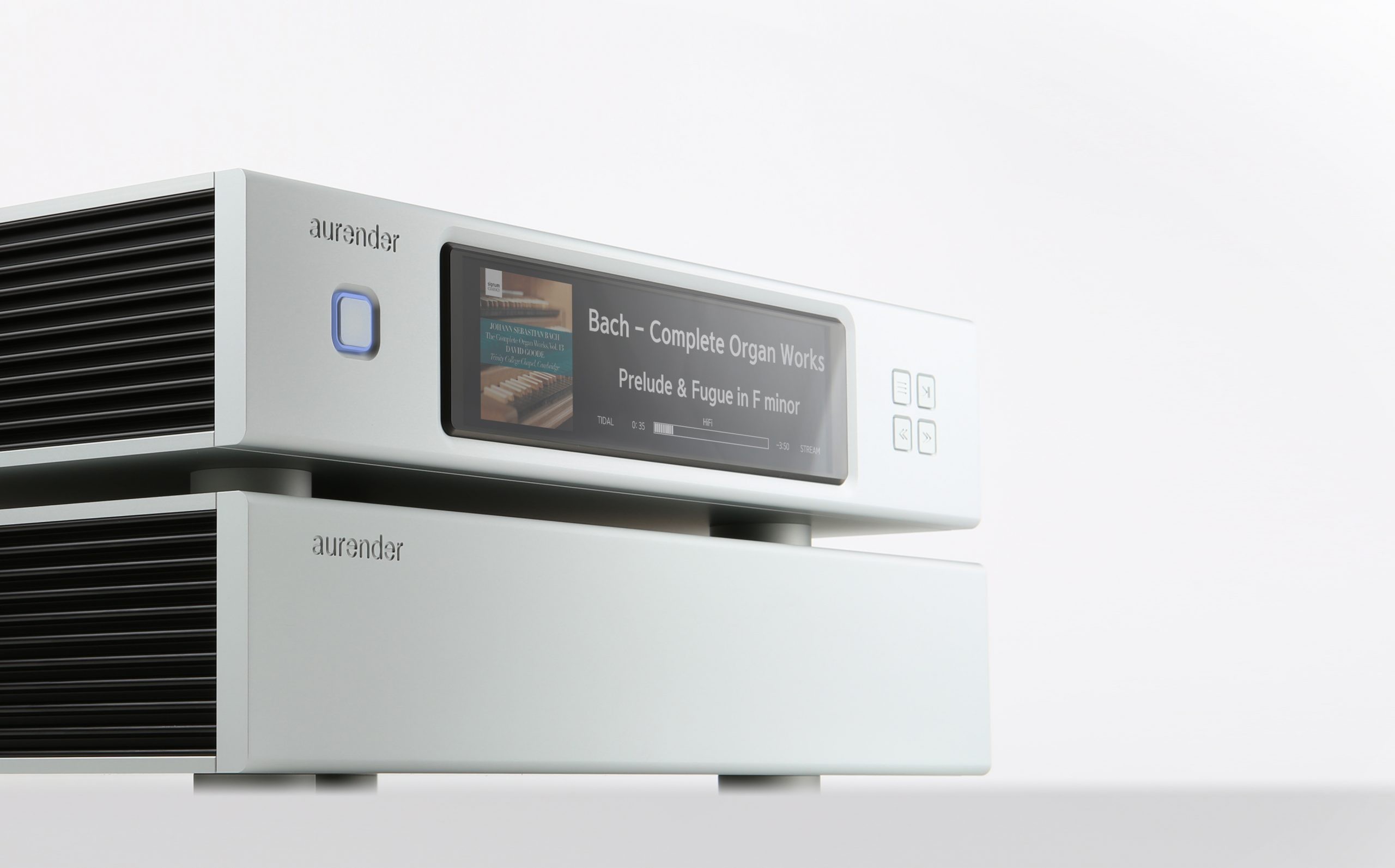 The second module, Audiobox , received a control panel , an OSHO generator, and an audio computer. The device supports frequencies of 10 MHz and 12.8 MHz.

The onboard audio computer is a quad-core processor, 8GB of RAM, and 480GB of free SSD space. This is where the system caches audio. For connecting third-party drives, USB 3.0 connectors are provided . The streamer works with PCM 32 bit / 384 kHz and DSD signals up to DSD512 .

A proprietary cable is used to connect the modules. In the kit, users will find cables in lengths of 0.5 and 1.5 m. The most important information is reflected on the 8.8-inch LCD with Full HD resolution . You can use a mobile device for control.