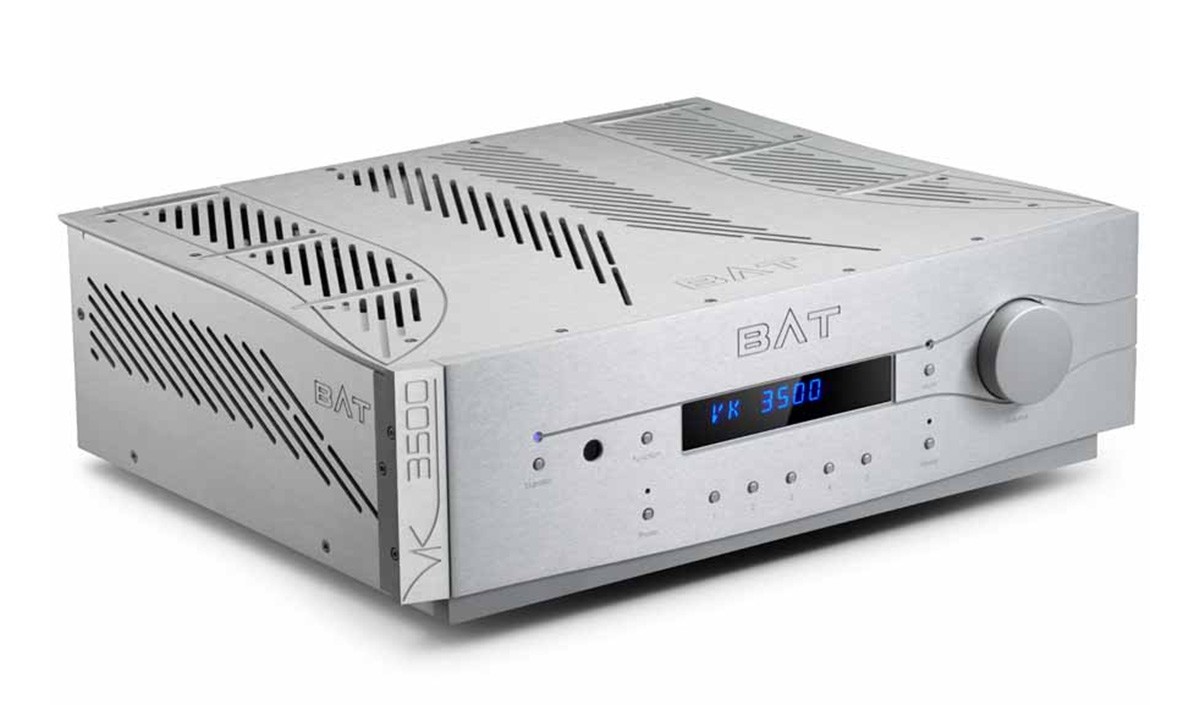 Balanced Audio Technology has introduced a hybrid integrated amplifier BAT VK-3500 . The amplifier is built according to the principle most widespread among “hybrids” – the SuperTube Unistage tube preamplifier is combined here with transistor output stages that develop up to 150 watts when operating on a load with a nominal resistance of 8 ohms. For speakers with a resistance of 4 ohms, the amplifier can deliver up to 300 watts. The pre-amplification stages are implemented here on the 6H30 dual triodes used in the flagship pre-amplifier from REX 3 , and operate without feedback. The output stage of the VK-3500 employs a symmetrical zero-feedback bipolar transistor circuit capable of providing high amperage and wide bandwidth.

The BAT VK-3500 ‘s switching arsenal includes two balanced ( XLR ) and three unbalanced ( RCA ) inputs, as well as a line level unbalanced output on RCA connectors and a balanced pre-amplifier output on XLR . There is also a built-in phono stage for working with both moving magnet ( MM ) and moving coil ( MC ) heads . The BAT VK-3500 Integrated Amplifier is housed in a solid aluminum case and comes with an equally serious aluminum remote control. The amplifier comes either in a silver or black finish. The amplifier should appear on sale in June . In the UK, the BAT VK-3500 will be available for £ 12,995 .