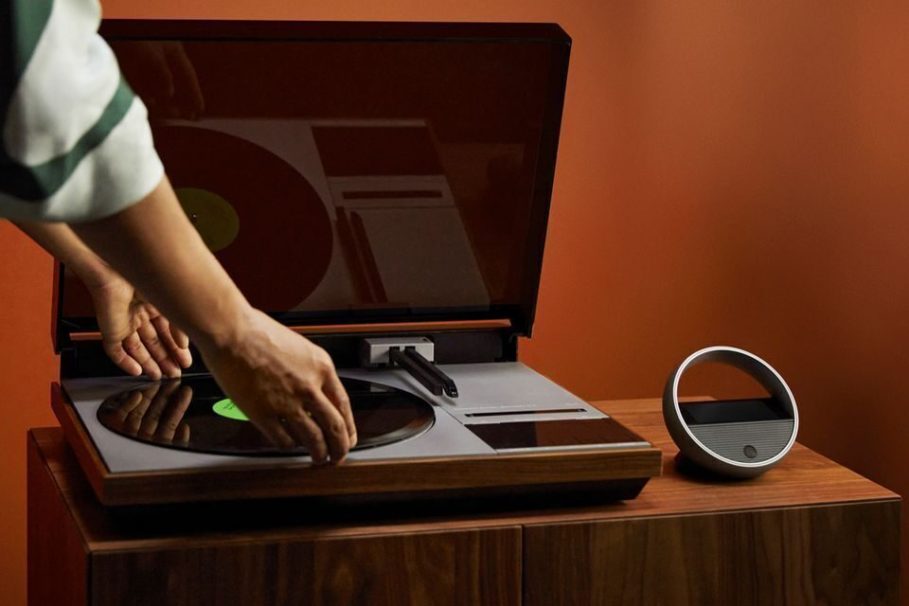 Prior to this, in an effort to “reverse the increasingly limited product life span of the consumer electronics industry and demonstrate the longevity of Bang & Olufsen design,” the company had 95 Beogram 4000 turntables in order. preamplifier. The result was the Beogram 4000c Recreated Limited series , sold out, according to B&O, literally “in a few days.”

Beosystem 72-22 is the next step in the same direction. This time, a pair of Beolab 18 wireless speakers and a Beoremote Halo remote control have been added to the modernized vintage Beogram 4002 turntable . The head unit of the set is complemented by a cabinet made of solid walnut wood. In addition to the base for the turntable, it can also serve as storage for records. The cabinet will not be empty: the set will also include four records with albums released in the same year as Beogram 4002 – in 1972.

Such a musical combine is also good because, as an alternative to vinyl, you can listen, for example, to streaming audio – wireless Beolab 18 provide for this. You can control the system not only from the Halo remote, but also from any smart device. The set will be released in only 30 copies.

And the price of the Bang & Olufsen Beosystem 72-22 is already known: it will cost $45,000 to buyers in the US. But all systems are already sold out on pre-orders.