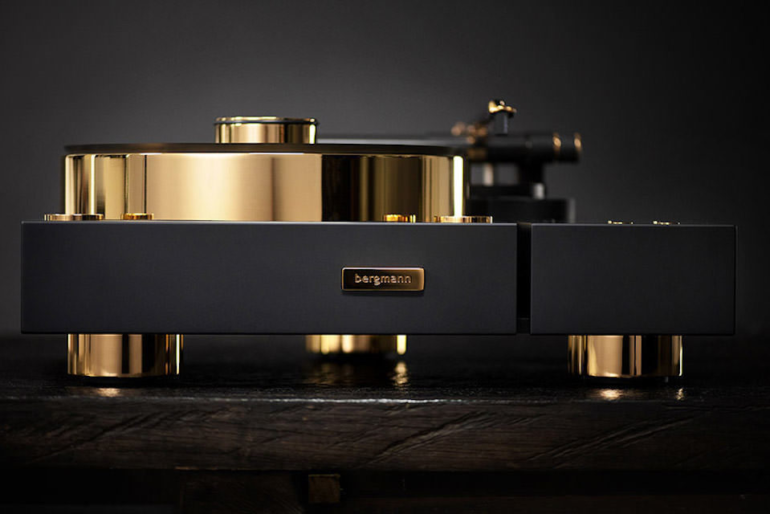 The Danish company Bergmann Audio, which specializes in components and technologies for recording reproduction, has combined two of its premium products – the Galder turntable and Odin tonearm – in one Galder & Odin Gold Edition. As the name implies, this model is finished in 24K gold and paired with Black Velvet surfaces.

The Galder spinner is equipped with a pneumatic bearing, which reduces the mechanical contact of rubbing surfaces to zero.

The metal spindle is centered in a polymer sleeve with a thin film of air. In addition to being quiet, this solution is also designed to improve rotation stability. In addition, the plate is pressed against the disc by a vacuum air clamp. The design provides platforms for four tonearms.

But in the original configuration of the Galder & Odin Gold Edition, there is only one tonearm – this is the tangential Odin. It is equipped with an air bearing.

According to the manufacturer, the design itself eliminates tracking errors and makes the system immune to acoustic feedback. VTA, offset, azimuth and down-pressure can be adjusted in the tonearm, and the small amount of parts used reduces the possibility of resonances.

The cost of the Bergmann Audio Galder & Odin Gold Edition turntable in the US is $ 50,000.