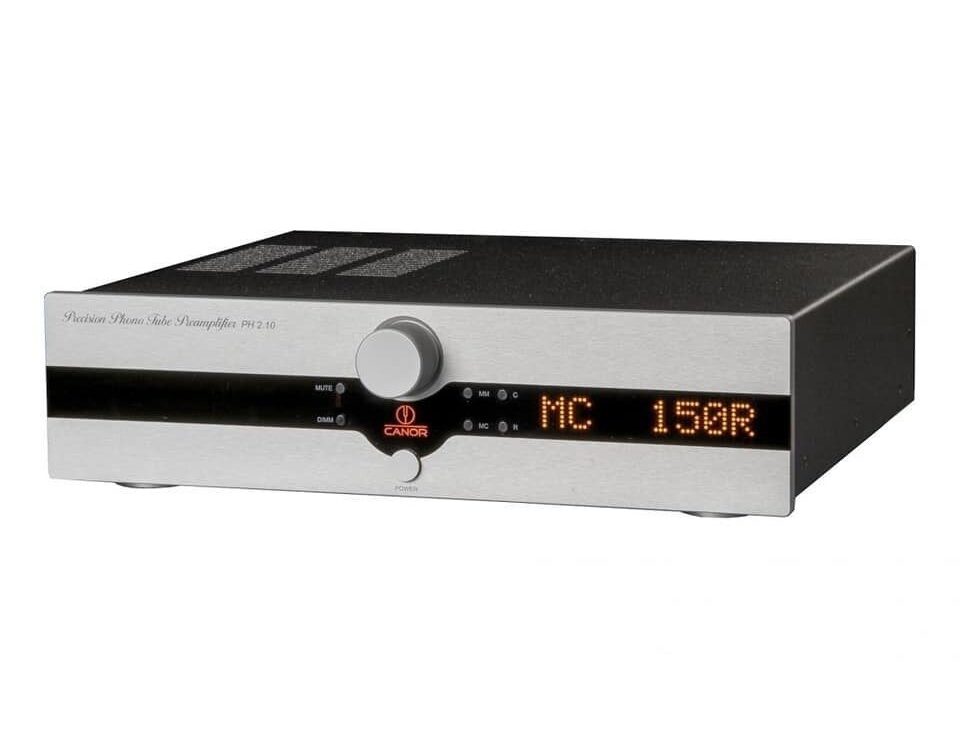 At first glance, the PH 2.10 preamplifier-corrector of the Slovak company Canor Audio cannot be considered a tube technology: the novelty is assembled in a closed metal case with a large segment display on the front panel. But it turns out that a tube circuit with a minimum number of amplification stages and tube power is hidden inside.

In this amplifier circuit without common feedback, two low-power 12AX7 triodes (first and second amplification stages) and a pair of 12AT7 dual triodes (third and fourth stages) operate. The passive RIAA corrector is assembled on polystyrene and polypropylene capacitors.

Particular attention is paid to the power transformer. For noise reduction in every sense, its primary and secondary windings are separated by a copper foil screen and vacuum impregnated. In addition, the transformer is covered with an anti-vibration compound and placed in a shielding metal box.

PH 2.10 works with MC cartridges (they use a Lundahl step-up transformer) and MM. From the front panel, you can switch the cartridge type and select the combination of gain, input impedances and capacitances.

Cinema experience in the living room with Philips Hue Play