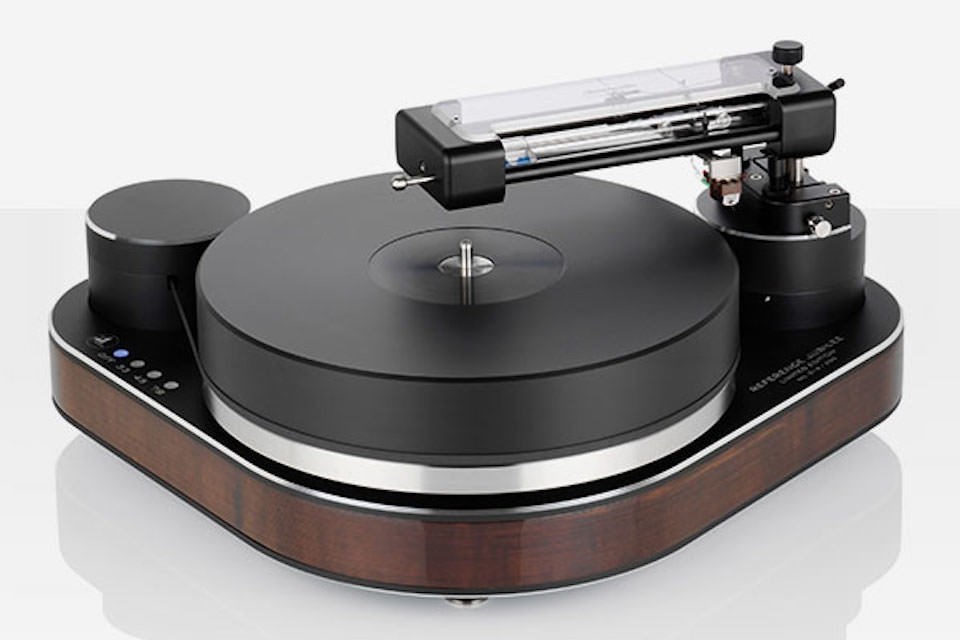 The first time information about the Clearaudio Reference Jubilee appeared was back in 2018 – the player visited several exhibitions, where it was reported that it would be released in a limited edition of 250 copies for the company’s fortieth anniversary. But, apparently, the player was only now officially presented – at least on the official website and on the pages of the company’s social networks.

The Clearaudio Reference Jubilee turntable weighs more than 20 kg with a rather compact triangular table in plan – and this shape is borrowed from the very first turntable released by Clearaudio. The table itself is made of bulletproof wood and is covered at the top and bottom with thick aluminum plates. The belt drive with a flat belt with an increased torque comes from the left rounded corner: there, in a black cylindrical case on a complex suspension made of rubber cords, there is a magnetic 24 V DC motor. It is controlled by a digital system based on a 12-bit DAC. The rotation speed of the 8.5 kg stainless steel auxiliary disc is adjusted every 3 seconds.

At the right top of the triangular body is a cylindrical support with a mount for a tonearm: it is not included in the kit, but there are options with proprietary tangential designs,. Collectively, the company called Clearaudio “the best of past, present and future, ushering in a new era of analog precision.” The novelty received push-button control and operates at three speeds: 33 ⅓, 45 and 78 rpm.