Copland CSA-150: The logical development of its predecessor 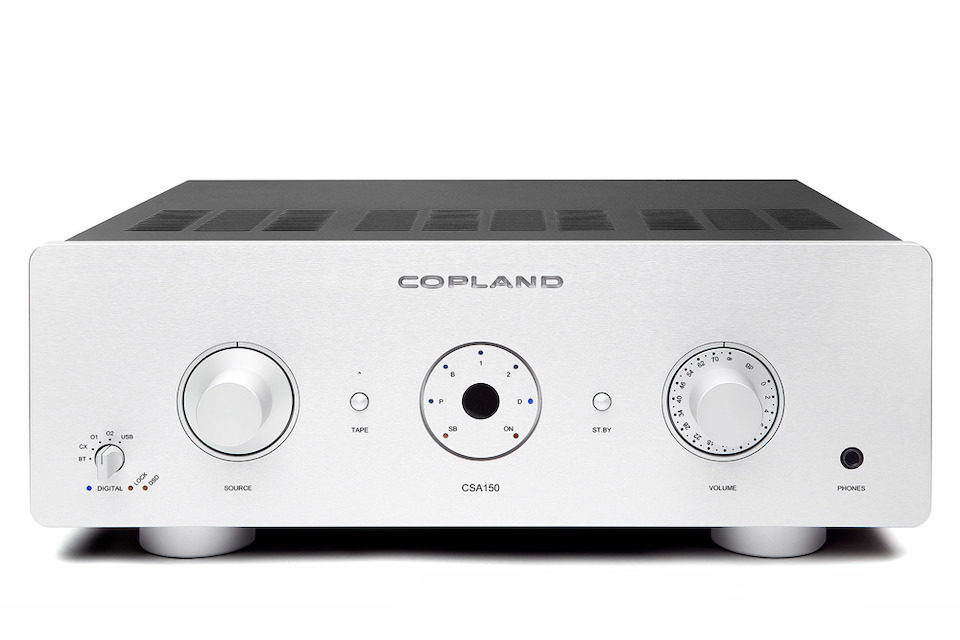 Integrated amplifier Copland CSA-150 can be considered a direct heir to the 100th model. Outwardly, they could be called twins, if it were not for the slightly increased body of the CSA-150. The maximum power of the novelty has grown in approximately the same proportion – 145 W in the channel instead of 100 W.

Otherwise Copland CSA-150 can be called a logical development of its predecessor. On board – the same double triode, harmoniously complemented by powerful MOS-FETs in the output stage. The CSA 150 includes a quad 32-bit DAC based on the Saber ES9018 Reference from ESS Technology. The novelty works with PCM and DSD.

Digital inputs on the 150 include coaxial S / PDIF, two optical Toslinks, and one USB. To this can be added Bluetooth with aptX.

Gold Note IS 1000 Review: A combination of beautiful design and functionality