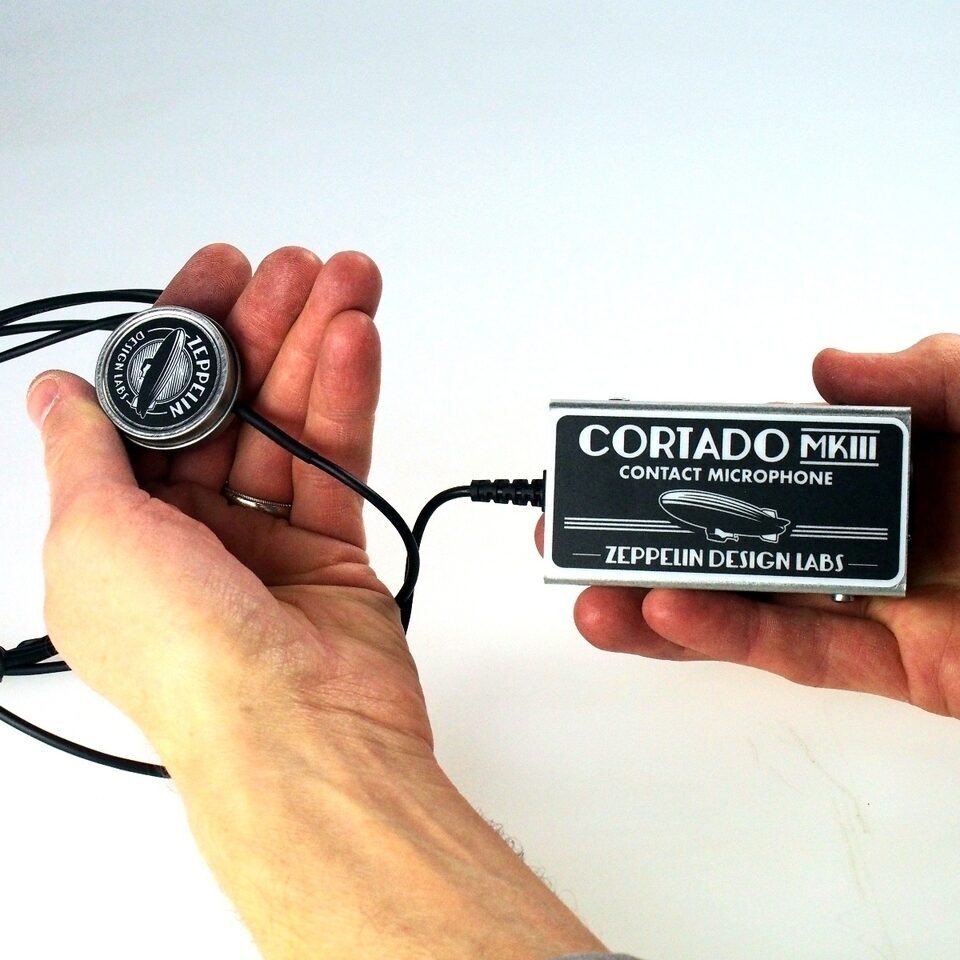 The American firm Zeppelin Design Labs has released an updated version of the Cortado contact microphone (MKIII modification). According to the company, the latest version of Cortado is an already proven and easy way to record sound in a way that is impossible to do with conventional studio microphones. As conceived by Zeppelin Design Labs, the microphone will be useful not only for musicians, but also for sound engineers who work with various effects.

The piezoelectric element, which picks up sound from the surface, is attached with a clamp or double-sided adhesive tape. The converter (microphone) is connected to the external preamplifier with a shielded cable. You can output sound from the preamplifier itself through the XLR connector.

It is worth noting that the preamplifier unit provides several switches, including bass boost and gain reduction when recording very loud sounds. The manufacturer noted that the active preamplifier circuit (phantom power) is capable of providing flat frequency response, wide range and high-quality signal transmission even when using long studio cables.

As already mentioned, the Cortado MKIII is based on a piezoelectric element. Balanced wiring is used. The main feature of the Cortado is an external active circuit preamp and metal enclosures.

In the US, the cost of the Cortado MKIII was $ 160. For an additional $ 25, you can purchase a microphone mount kit.

Advertisement
X
Subscribe to get the best Tech news and reviews of the week.
By signing up, you agree to our Privacy Notice and European users agree to the data transfer policy.
Close
05/18/2021