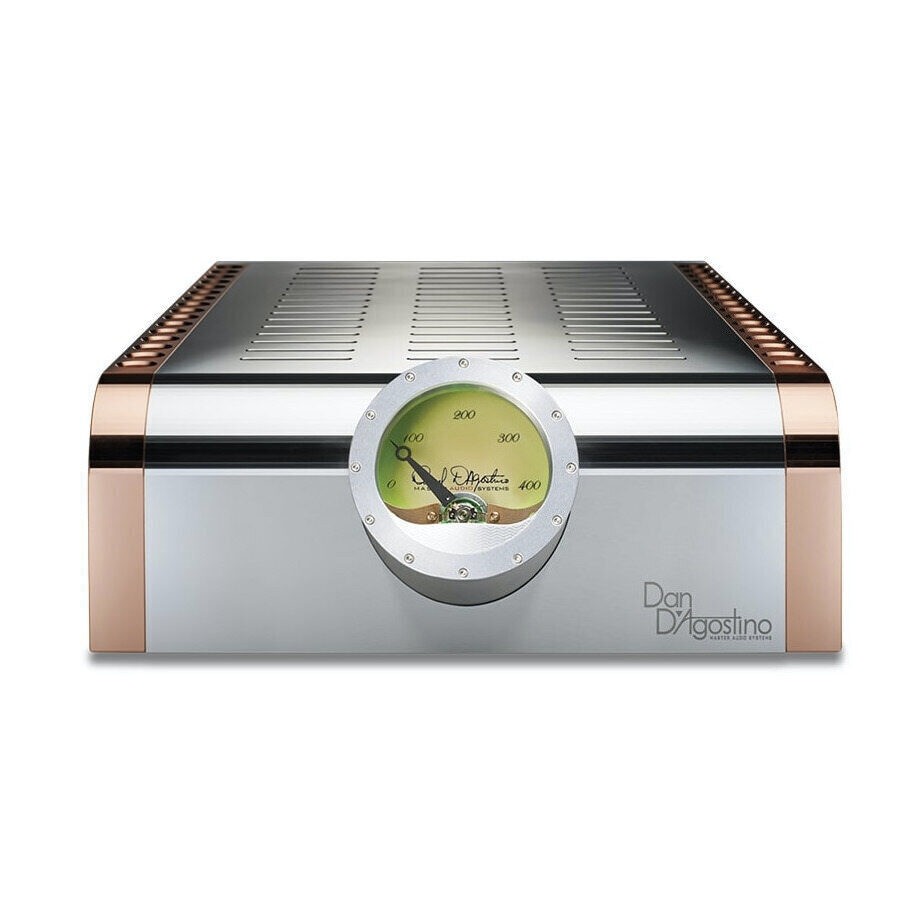 D’Agostino has updated its Momentum amplifiers. Two new additions are the Momentum M400 MxV Mono and the Momentum S250 MvX stereo power adapter . They are issued in the same cases as before – only the design of massive arrow indicators has been updated. Not only that, existing models can be upgraded to the M400 MxV Mono and S250 MvX versions.

Momentum models became the foundations for D’Agostino – the Momentum all-in-one was the first product designed and manufactured by the company. Now the new items are equipped with transformers, the winding scheme of which has saved half of the occupied area. The transformer power of the Momentum M400 MxV has reached 1,800 VA – compared to its predecessor, its output current has increased by almost half.

According to the manufacturer, the bipolar transistors powering the input stage provided Momentum amplifiers with ten times more current and power than previous models. At the same time, additional power transistors in the output stage reduced the load. The damping coefficient of new products is indicated by the value of the output resistance – 1 mOhm. The input signal is received on balanced XLR connectors.

The high-current transistors used in the updated Momentum are considered by D’Agostino to be one of the fastest currently available. They are rigorously selected before installation. The Momentum M400 MxV uses 26 such transistors that operate at frequencies up to 69 MHz. Each transistor is attached to copper venturi heatsinks with two stainless steel pieces.

In preparing the article, materials from https://stereo.ru/news/dagostino-momentum-m400-mxv-mono-and-s250-mvx were used. Visit article here.