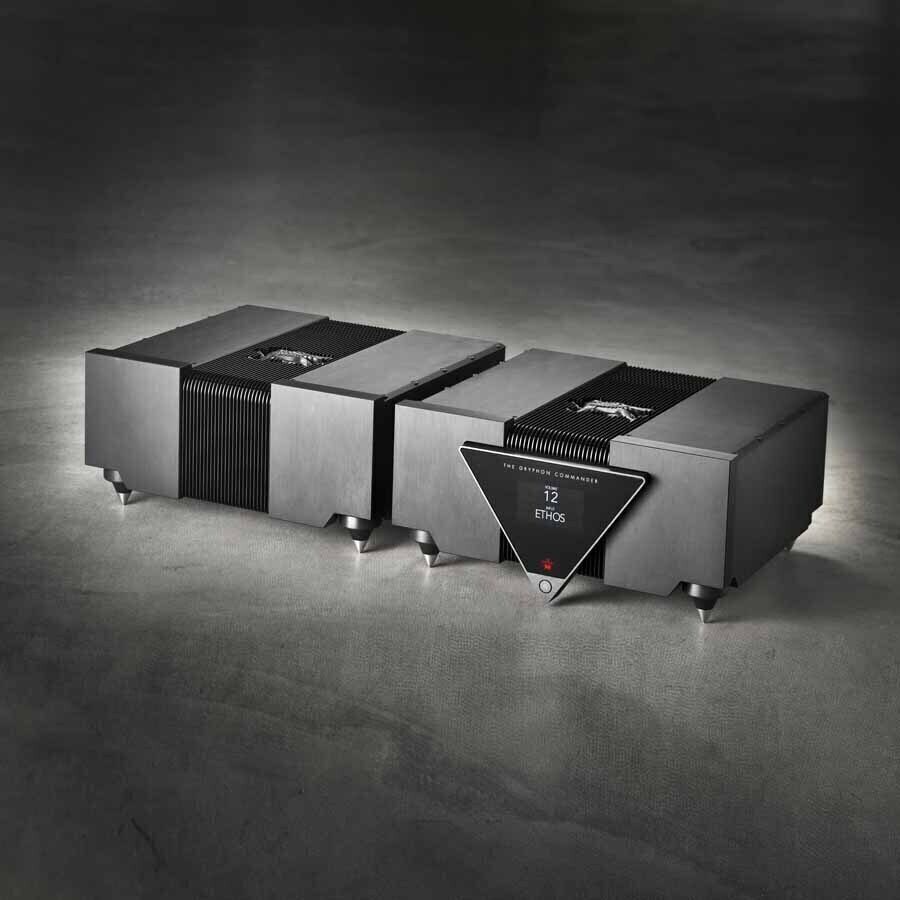 Gryphon Audio has introduced two flagship innovations: the Commander preamplifier and the Apex power amplifier. By tradition, the manufacturer did not become modest, calling his new creations “the most advanced” and “setting new standards.” As you might guess, prices match those claims.

The Commander is based on the “dual mono” circuit that was previously used for Pandora preamps. Also, the novelty got a one-act A-class buffer, built on two transistors and one resistor. The important features of the Commander include zero feedback and a several times lower noise level when compared with previous Gryphon Audio products.

The power supply of the flagship preamp was split into two separate modules. In total, the engineers used four massive toroidal transformers. Two of them are reserved for components that the company is going to release in the future.

The Commander chassis was made from aluminum, complemented by a sandwich base panel made of steel, bitumen and Kerrock composite. All this rests on spiked legs, designed to completely eliminate vibrations. The front panel of the preamp has a touch screen display.

The Apex amplifier is available in two versions: Mono and Stereo models. Particular attention was paid to the Mono version. A pair of Apex monoblocks is 128 bipolar transistors, a bank of 2,080,000 microfarad capacitors and four toroidal transformers.

One mono amplifier is capable of delivering up to 1800 watts per channel into 1 ohm. The company promised that Apex amplifiers will cope with any acoustics, including the most “complex”. Like all previous Gryphon amplifiers, the Apex is class A.

To connect acoustic systems, the manufacturer equipped Apex with terminals of its own production, which are suitable for connectors of any type.